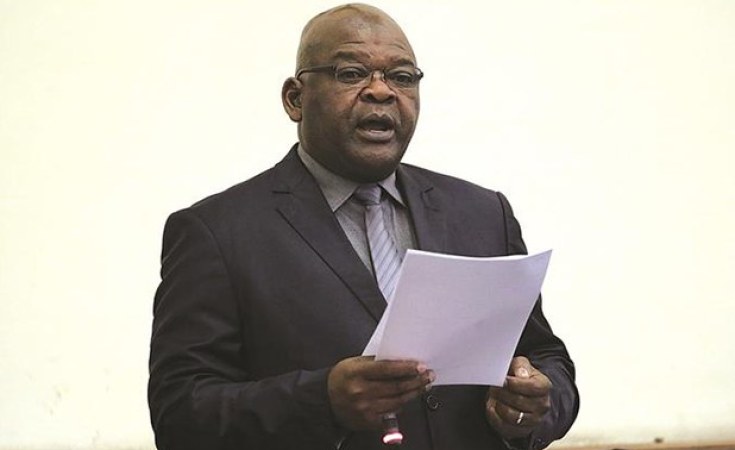 Police Commissioner-General Godwin Matanga has been accused of being involved in a raft of corrupt activities including inflating prices of police vehicles, flouting tender processes; and bribing Special Anti-Corruption Unit (SACU), and Magistrate Courts officials.

The allegations are raised in a letter by vocal independent Norton MP Temba Mliswa to the Zimbabwe Anti-Corruption Commission (ZACC) chairperson, Loice Matanda-Moyo.

The letter dated 20 October 2020 is headed: "Letter of request for the institution of a grand scale investigation on the Zimbabwe Republic Police (ZRP) Commissioner-General Godwin. T. Matanga".

After the purchase running into millions of US dollars, Matanga according to Mliswa instructed Croco Motors to clear the cars and brand them before Zimbabwe Revenue Authority of Zimbabwe (ZIMRA) officials discovered the anomaly.

However, Matanga is said to have tried in vain to engage Croco Motors owner Moses Chingwena to conceal the corrupt act.

"Sometime in December 2019, Matanga, in the company of his Chief Staff Officer, Transport and Logistics, Commissioner (Gift) Hlabiso, is alleged to have paid a visit to Croco Motors with the intent to purchase 80 operations vehicles without following due tender process and procedure," Mliswa's letter claims.

"However, during routine inspections of Croco Motors, ZIMRA officials discovered various anomalies in the procurement process of the aforementioned vehicles. As an alarm was raised, Matanga is alleged to have panicked and subsequently could not make collection of the vehicles as initially agreed.

"Matanga is then alleged to have hastily made an attempt to institute regulated tender procedures in retrospect, but in vain. Matanga then proceeded to have payment made for 15 of the 80 ZRP branded vehicles which are currently parked at the ZRP warehouse, Transport Section whilst the remaining sixty-five 65 ZRP branded vehicles remained at the Croco Motors bonded warehouse in Harare."

Added Mliswa: "What is further extremely disconcerting to note is that the price paid for these vehicles by the ZRP was approximately double the actual value of the vehicles from other players who were denied the opportunity to tender as the procurement process was flouted and fraught with irregularities whilst prejudicing the ZRP of a huge sum of money in the process."

Matanga, who was promoted to the police's top office after the November 2017 coup, is also alleged to have illegally received an undisclosed a number of residential stands across Harare from the then Harare mayor Herbert Gomba and one Felix Munyaradzi in the Sandton development area, Westgate.

Gomba was recently arrested on charges of illegally parcelling out council land. He is out on bail and the matter is still before the courts.

Nguwaya was also recently arrested for flouting government's Covid-19 tender processes and is out on bail.

"It is an unsavoury and criminal alliance that requires urgent investigation. The allegations as stated above are of a criminal nature and, therefore, should be treated with the seriousness and urgency they deserve.

"Matanga's position as Commissioner-General surely does not absolve him from investigation and indeed on the contrary, for one placed with so much responsibility, an exemplary conduct is not only expected but demanded," said Mliswa.

"In light of the gravity of the accusations, it is, therefore, humbly recommended that a forensic audit by an independent body such as the Auditor-General's Office be instituted at the ZRP. It is further recommended that an investigation into the existence of an alleged syndicate amongst senior police officers be conducted."

Efforts to get a comment from the police national spokesperson, Paul Nyathi were unsuccessful.

However, Mliswa confirmed writing the letter to ZACC.

"Yes, I wrote a request to the Zimbabwe Anti-Corruption for them to investigate corruption allegations against Police Commissioner-General Godwin Matanga," he said.