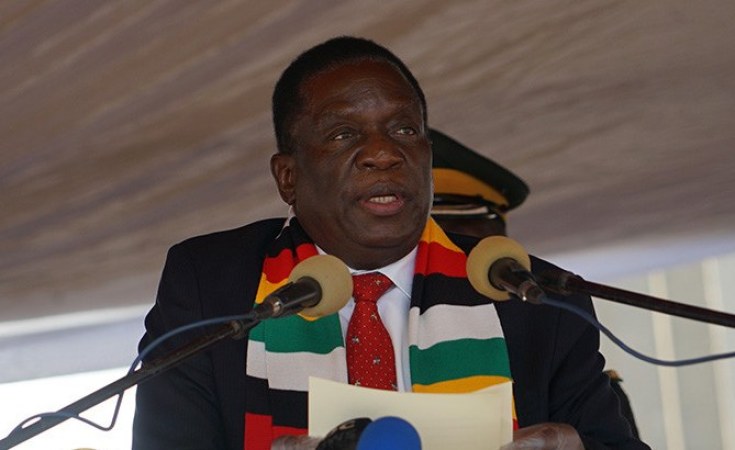 President Emmerson Mnangagwa yesterday vowed to crack down on non-governmental organisations (NGOs) for critisising his government over escalating incidents of human rights abuse.

In his State of the Nation Address (Sona) delivered to Parliament yesterday, Mnangagwa revealed that a law will be crafted to regulate civil society organisations, which he accused of operating outside their mandate, and not in sync with government priorities, a move widely seen as a mechanism to silence NGOs that have been vocal critics.

"The conduct of some NGOs and PVOs who operate outside their mandates and out of sync with the government's humanitarian priority programmes, remain a cause for concern. This august House will therefore consider the Private Voluntary Organisations Amendment Bill to revamp the administration of NGOs and PVOs and correct the current anomalies," he said.

The Sona, which was broadcast from State House, was boycotted by members of the main opposition MDC Alliance led by Nelson Chamisa.

Only a handful of MPs that crossed over to the MDC-T led by Thokozani Khupe attended the virtual address, which also included the official opening of the Third Session of the Ninth Parliament. Khupe, who is now recognised as the leader of the opposition, was in attendance.

Mnangagwa hailed the security forces for a job well done, though they have been roundly accused of brutality due to their heavy handedness in dealing with protests. More than 20 people have been shot dead by soldiers during protests since Mnangagwa took power in 2017 on the back of a military coup.

"Our defense and security forces who are defending the territorial integrity, sovereignty, and national interest as well as maintaining law, peace and order in our great country are commended for their sterling work," Mnangagwa said.

"I want to reiterate that my government will not tolerate any form of criminality in our country. Those who dare to engage in unlawful activities will face the full wrath of the law,"

To promote the ease of doing business in the country, Mnangagwa said an Economic Empowerment Bill will be brought before Parliament to replace the Indigenisation Act.

During the ended Second Session of the Ninth Parliament, Mnangagwa said Parliament had 25 Bills on its legislative agenda and an additional 15 other Bills which were not on the initial agenda which were brought before the House.

The septuagenarian leader promised to improve the welfare of workers. Teachers have been on strike since schools reopened in September last year over paltry salaries.

This comes on the heels of a crippling strike by health workers, which lasted more than two months which was also over poor working conditions.

"Government takes note of the legitimate calls for better working conditions by our teachers, health workers, and public service in general. We will do our best to ameliorate their concerns and improve their plight," Mnangagwa said.