Local witnesses said the ongoing separatist movement was responsible for the bloodshed, but that has yet to be officially confirmed. Authorities vowed they would "hunt and kill" the perpetrators.

One parent who was just outside the school at the time of the attack said the gunmen arrived on motorbikes and in civilian clothes in the middle of the day before shooting the children indiscriminately.

It was not clear if the attack was linked to the ongoing struggle between the army and groups attempting to form a breakaway state called Ambazonia in the English-speaking west.

A local witness in the area said Ambazonian fighters were responsible for the bloodshed. "Ambazonian fighters arrived [at] the school... started shooting into the classes. They say the students are traitors for attending classes when they have called for an effective school boycott in the Northwest and Southwest regions... we ran into the house for safety. It was so terrifying," he said on condition of anonymity.

'Military will hunt and kill them all'

Chamberlain Ntou'ou Ndong, prefect of the Meme department where the Kumba school is located, said they were looking for the perpetrators.

"I will not only condemn the cowardly action but I want to tell the criminals that they can run as far as their legs can take them but the military will hunt and kill them all," said Ndong.

He added that those responsible for the students' safety would be arrested.

Saturday's shooting at Mother Francisca College was the first major attack on schools since the beginning of the academic year in Cameroon.

It was not immediately clear if the Anglophone separatist movement was behind the violence.

The region has been engulfed by ongoing unrest since 2017 between anglophone separatists and government security forces in two western districts. The conflict has taken more than 3,000 lives and displaced hundreds of thousands.

Anglophone secessionists have imposed curfews and closed schools in protest against President Paul Biya's francophone government. Some local separatist leaders and activists have been against school shutdowns.

In early September, the army launched an operation against separatists in the English-speaking Northwest region, which has complained of decades of discrimination from the francophone majority. The Southwest region has also claimed similar discrimination. 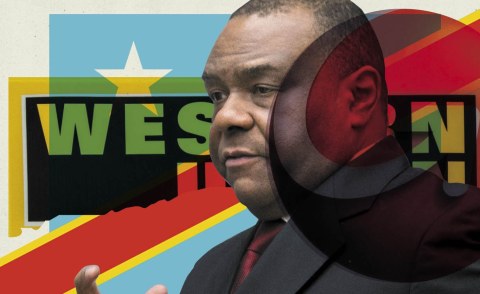 No End in Sight to Cameroon's Anglophone Crisis
Tagged:
Copyright © 2020 Deutsche Welle. All rights reserved. Distributed by AllAfrica Global Media (allAfrica.com). To contact the copyright holder directly for corrections — or for permission to republish or make other authorized use of this material, click here.