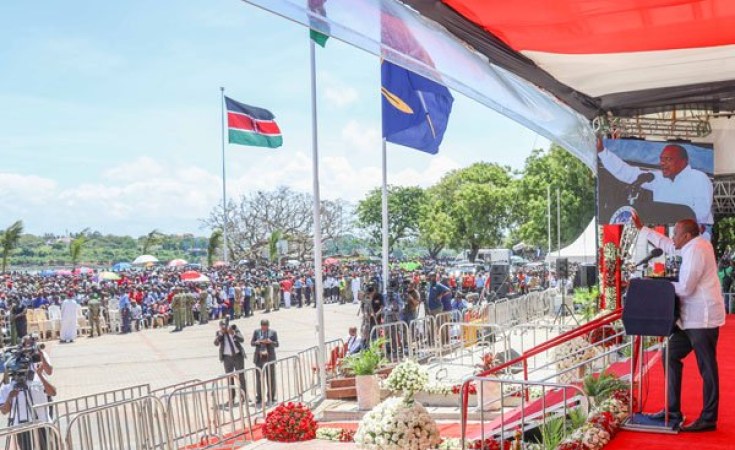 State House could have broken the law when it decorated dozens of Kenyans as Mashujaa Day heroes and heroines.

A careful reading of Kenya Heroes Act and events leading to the awards shows that the law was not followed.

There was no public participation as envisaged in the Act. And now, the process can easily be challenged in court.

Heroes Council chief executive Yvonne Khamati-Yahaya admitted that not everything went well but attributed it to the fact the office holders were still new.

"The Head of State and the CS (Amina Mohammed) have been helpful, but what we had are small hiccups which we intend to rectify on December 12," she said during a phone interview.

On August 19, 2020, State Department for Culture and Heritage Principal Secretary Josephta Mukobe, in a letter to all County Commissioners, called for nominations of heroes and heroines to be recognised during the Mashujaa fete by President Uhuru Kenyatta.

"... We request you to nominate 2 heroes/heroines who will participate in the national celebrations. If possible, the nominees should be those not holding public offices and not previously nominated. The nominations should be accompanied by concrete and justifiable citations... ," read the letter.

State House Spokesperson Kanze Dena did not reply to our texts and calls.

PS Mukobe, however, said the ministry had to step in because the Act is yet to be fully rolled out for implementation.

"The council was just gazetted last month and they are yet to be sworn in. The ministry came in and asked County Commissioners to help identify the heroines and heroes. Going forward, the council will be fully in charge because they will have been sworn in," she said.

Roping in County Commissioners is against the Act, which was passed in 2014. The Act, in section 22, states that a notice should be published in the print and electronic media which calls for proposals for nomination of suitable persons to be recommended for declaration as heroes.

The nominees are then vetted by a committee of the National Heroes Council, who then publish names of those who qualify in national newspapers to allow for public vetting.

Despite the Act having been in existence since 2014, it was not clear how the County Commissioners came up with two representatives from every county and settled on the 14 categories identified in the Act.

The board of the Heroes Council was only gazetted last month and is yet to be sworn in, making it impossible for it to perform its duties.

Sources indicated that the board, chaired by Aden Wachu, will be sworn in this week by Chief Justice David Maraga.

Others were the founding managing director of the Kenya Highlands Sacco Alice Cheptoo Kosgei from Kericho and sportspersons Judith Serenge (volleyball) and Henry Motego (Football) among others.