Nigeria: Why Nigeria Can't Fix Its Development Agenda - and Where the Solutions Lie 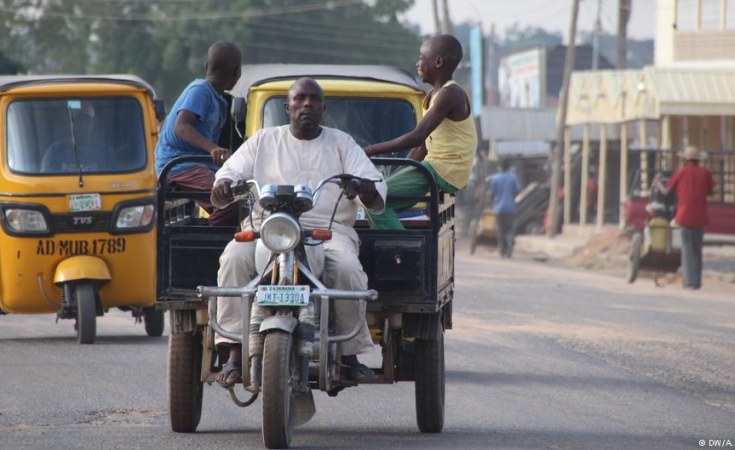 This is because the country's population continues to grow at a high rate of 2.6%. The global population growth is 1.05% per year.

Nigeria's population growth is a product of persistent high fertility and consistently declining mortality. In 2018 the total fertility rate (or the average number of children per woman) was 5.3. and the death rate was 11.9 deaths per 1,000.

The high fertility rate has led to a situation in which children and adolescents make up a large segment of the population. According to United Nations (UN) population projections for 2020, about 43% of the Nigerian population comprised children 14 years and below, 19% are 15-24 years - meaning 62% are younger than 25. By contrast, less than 5% is 60 years and older. This makes Nigeria a youthful population with median age of about 18 years - lower than Africa (20) and world average (29).

The combination of high fertility and declining mortality, resulting in a period of high population growth rate, puts Nigeria in a "demographic trap". This typically happens in the second stage of a demographic transition. This classic theory states that a population's fertility and mortality will both decline from high to low levels as a result of economic and social development in three stages.

The term, demographic trap, is used to describe the situation which persists because falling living standards reinforce the prevailing high fertility, which in turn reinforces the decline in living standards. This results in more poverty, where people rely on more children to provide them with economic security.

The persistence of high fertility in Nigeria, especially in the poorest parts of the country and among the poor, makes it impossible for the government to attain its development agenda as outlined in the Sustainable Development Goals. This includes eradicating poverty and inequality, combating hunger and malnutrition, expanding employment and educational enrolment and health care.

Development indices for Nigeria have remained bleak over the years. Nigeria ranks 157 out of 189 countries in 2018 Human Development Index - a UN tool that measures achievements in key dimensions of human development. Estimates from the UN showed that by the end of May 2018 there were 87 million Nigerians living in extreme poverty relative to 73 million in India, the country that used to have the highest level of poverty. According to the World Poverty Clock, the number increased to 91 million in February, 2019.

Unfortunately, the outlook for poverty alleviation in Nigeria is extremely weak.

A possible result of remaining trapped in this state is that the government may reach a state of "demographic fatigue". This is when a lack of financial resources means it cannot stabilise its population growth, and is unable to deal effectively with a range of threats. These include natural disasters as well as diseases and population induced crises such as land degradation, communal clashes, banditry, insurgency, irregular migration and insecurity.

Events in Nigeria suggest that the country may have reached this state.

Some - including researchers and policymakers - argue that Nigeria's large population has merits. This includes the argument that a large population is good because it results in a demographic dividend.

The demographic dividend is the accelerated socioeconomic growth that may result from a decline in a country's mortality and fertility and the subsequent change in the population's age structure. With fewer births each year, a country's young dependent population grows at a slower rate in relation to the working-age population. With fewer people to support, a country has the window of opportunity for rapid economic growth if the right social and economic policies are developed and investments made.

Clearly, large numbers of young people in Nigeria can represent great economic potential. But this only works if families and governments can adequately invest in their health and education and stimulate new economic opportunities for them. But, as long as total fertility and population growth rates remain high, and children and adolescents greatly out-number working-age adults, families and governments will not have the resources needed to invest adequately in each child.

So the attainment of a demographic dividend by Nigeria in the short (less than 10 years) to medium-term (10-15 years) is far-fetched.

For Nigeria to attain a demographic dividend, government must create the enabling environment for human development and economic growth.

Steps to be taken for human development should include:

Steps to be taken for economic growth should include:

These policy initiatives constitute a set of herculean tasks for the Nigeria government, or the government of any developing country. This is because of the enormous developmental issues confronting the country. Nevertheless, the government should, as a matter of urgency, prioritise them.

Simulation models suggest that Nigeria can enter the ranks of lower middle income economies and obtain a demographic dividend by 2050, but only if it adopts appropriate family planning, education and economic strategies.

Only decades of purposeful, proactive and well-informed statesmanship can avert the impending catastrophe that could befall Nigeria.

Nigeria’s Economy Suffers Its Worst Decline in a Decade
Tagged:
Copyright © 2020 The Conversation Africa. All rights reserved. Distributed by AllAfrica Global Media (allAfrica.com). To contact the copyright holder directly for corrections — or for permission to republish or make other authorized use of this material, click here.