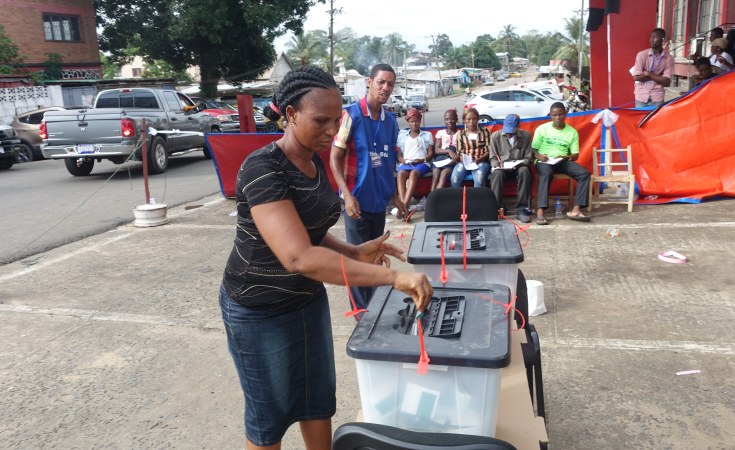 Fifteen candidates, including two women, are gunning for the presidency but eyes are fixed on incumbent John Pombe Magufuli and Tundu Lissu.

Led by Magufuli, the party formed in 1977 has largely campaigned on the promise of "real development" while accusing opponents of being stooges of foreign entities.

Magufuli has promised a fresh start in his running thread.

"Vote for Magufuli for true development and so we can continue building a new Tanzania," he said last week.

Magufuli, nicknamed the "bulldozer", has rallied on his rigorous campaign against corruption, often reprimanding government bureaucrats who show up late at work or delay completing projects.

He now promises to ensure the $3.4 billion pipeline with Uganda is complete, piped water and electricity to more homes, free basic education and affordable healthcare.

"In just five years, Magufuli reduced funerals in our homes through improved health services," Health minister Ummy Mwalimusaid at a rally in Tanga where the president was campaigning last week.

"These elections mean a lot. They determine if we get leaders who are loyal to the country or puppets. Good leaders are the ones who can maintain peace," Magufuli added.

Yet he has found a formidable foe in Tundu Antiphas Lissu, a former lawmaker for Singida East who survived an attempt on his life in 2017.

Running on Chama Cha Demokrasia na Maendeleo (Chadema), Lissu's survival of the incident has been his rallying call for justice.

No one has been charged with the attempted killing.

"This is the biggest election the country has ever had," Lissu said in a video message on Thursday.

"In this important period, I call on fellow Tanzanians from all religious faiths and denominations to pray for our country so we can have an election that is free, fair and acceptable to all and the entire world."

Lissu's call for justice has been consistent, even as he celebrates the legacy of the country's founding father Julius Nyerere who died in October 1999.

Lissu credited Nyerere for uniting Tanzania, adding that he did not clamp down on the dissent, especially when it came to public participation to development.

"Development means any act that gives citizens powers of making decisions, regardless of whether the acts will improve their health or will be appeased," Lissu quoted Nyerere during a rally in Lake Victoria's Ukerewe island.

"Acts that reduce citizens' powers in decision-making are not linked to development regardless of whether they improve health or make them satisfied."

The 2020 presidential contest has attracted more candidates than the one in 2015 which had six.

Five years ago, an opposition alliance known as Ukawa under Edward Lowassa competed strongly, garnering about 40 per cent of the votes cast.

Six in every 10 of the 23 million voters cast their ballots.

Lowassa has since made peace with CCM and it is unlikely the opposition could put up such a fight this time, observers say.

"It is difficult to tell the true strength of CCM rivals, given that the government has been wooing opposition MPs and councillors to defect to the ruling party," said Peter Mwencha, secretary-general of the International Relations Society of Kenya, Nairobi.

The government is accused of passing laws that impede fairness or retaining policies that favour CCM.

The constitution bars any legal challenge on presidential elections. It means presidential results announced by the National Electoral Commission are final.

Who Is Really In Charge of DR Congo?
Agribusiness