South Africa: Cricket SA Board All Out, but What Next?

Cricket South Africa's entire board has resigned, even though some will roam the game like zombies until an interim structure takes over. What made the board go after months of bloody-mindedness, and what happens now?

The announcement that Zola Thamae, Marius Schoeman, Eugenia Kula-Ameyaw and Vuyokazi Memani-Sedile were out of the game was posted on CSA's official twitter account on Monday morning.

"After the Members' Council had deliberated and resolved that in order to best serve the interest of cricket in South Africa, the entire board should resign -- which they did," CSA tweeted. "All Independent and Non-Independent Directors have now resigned."

What cricket's stakeholders have been calling for since December has been achieved. Now what?

CSA are nominally led by Rihan Richards, the former board member who represents Northern Cape on the Members Council -- cricket's highest authority -- of which he was named president on Sunday. But Richards...

All Out - Enough Faffing Around, Proteas. It's Time to Come Home! 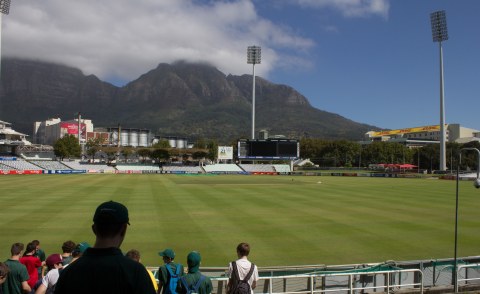 Proteas Rewrite Cricket History Books With Aussie Win
Tagged:
Copyright © 2020 Daily Maverick. All rights reserved. Distributed by AllAfrica Global Media (allAfrica.com). To contact the copyright holder directly for corrections — or for permission to republish or make other authorized use of this material, click here.