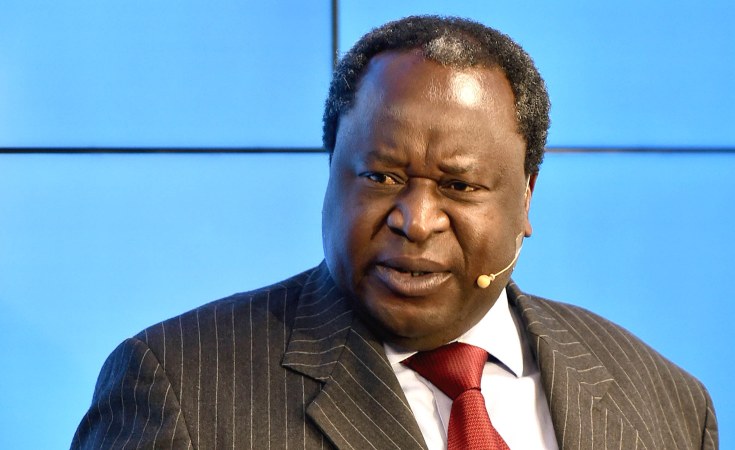 Instead of cutting all department budgets by a fixed percentage, Treasury should shortlist specific areas for protection.

His department says no items will be automatically spared the knife in efforts to put the country back on a sustainable fiscal path. Major reductions are unavoidable, but in a society grappling with deep inequality and poverty, a principled approach is needed to determine what to cut.

To put this in context, between 2007 and 2020 the stock of government net loan debt rose six-fold from under R500 billion in 2007 to nearly R3 trillion in March 2020. Currently, debt service costs are the fastest growing area of government spending, accounting for 21 cents of every rand of government revenue raised in 2020. The debt-to-GDP ratio stood at around 62% in February 2020 - its worst level since 1992.

COVID-19 has made the bad fiscal situation even worse. In simple terms, the economy is expected to contract by at least 7.2% this year. Three million workers have lost their jobs and millions of households are experiencing hunger, poor health and worsening prospects. The Supplementary Budget tabled in June 2020 saw gross tax revenue for 2020/21 revised down from R1.43 trillion to R1.12 trillion, which creates a R304 billion shortfall.

How to address this shortfall is the primary challenge. Failure to do so will see government debt exceeding 100% of GDP in the medium term, creating the very real risk of debt-distress episodes leading to a loss of sovereignty as 'lenders of last resort' (the International Monetary Fund and World Bank) require harsher measures.

Mboweni is apparently looking to cut government spending by R190 billion or about 6.5% in 2021 - that is more than double the entire budget for the South African Police Service.

The 2021 Medium Term Expenditure Framework Technical Guidelines make it clear that drastic cuts are required from all budgets. It says 'there should be no holy cows and no spending items will be automatically protected from possible downward adjustments.'

The problem with this approach is that it ignores the key role many government programmes play in ameliorating poverty and inequality in South Africa. There simply have to be 'holy cows' - areas of spending that are protected from cuts.

What we need is a principled approach - one that aims to ensure that households who have the least, and are the most precarious, are least affected by the cuts. Reductions must result from deliberate policy decisions and management actions. They should target specific activities, positions, programmes or entities; be the product of considered changes in how things are done; and result from an informed set of trade-offs or priorities.

A shortlist of areas that are protected from cuts is a good starting point. This should include social grants, programmes that ensure access to clean water and sanitation, and food security initiatives including the school feeding scheme. Basic healthcare - particularly maternal and child health and vaccinations - should also be included.

Funding for early childhood development, basic education and social development programmes that address gender-based violence, child protection services, and caring for children who are wards of the state (children's homes) must also be on the shortlist.

Budget cuts that are not properly planned and managed will invariably result in decreasing services and service quality. This will likely affect those least able to protest: children, women and the rural poor (as opposed to vocal public servants or university students). Treasury's favoured approach of cutting all department budgets by a fixed percentage risks driving already precarious households into a struggle for survival.

Are there other spending programmes that should be protected? And if so, what principles should guide government's thinking as it grapples with this problem?

SA needs a caring state and a budget that doesn't deepen inequalities in education, health and safety

This has a long-term impact on safety and security. Research suggests that household poverty 'may be a key reason that children experience abuse and, in turn, common mental disorders in young adulthood.'

The same study is clear that structural interventions to ensure food security, access to basic healthcare, education opportunities, employment, and to support parents are essential to breaking the intergenerational nexus of poverty, trauma and poor health. In short, we need a caring state and an approach to budgeting that doesn't deepen the inequality of access to education, health and safety.

In his budget speech at the beginning of 2020, Mboweni indicated that spending reviews would be undertaken to ensure the effective use of limited resources. This is welcome, but hardly new. Since 2013, the Government Technical Advisory Centre - a unit in Treasury - has conducted at least 39 Performance and Expenditure Reviews.

These assessments set out a wide range of proposals for improving the effectiveness and efficiency of government spending, and for cutting spending. So far, very few of the proposals have been acted on. If Mboweni is looking for some well researched areas to cut government spending, that would be a good start.