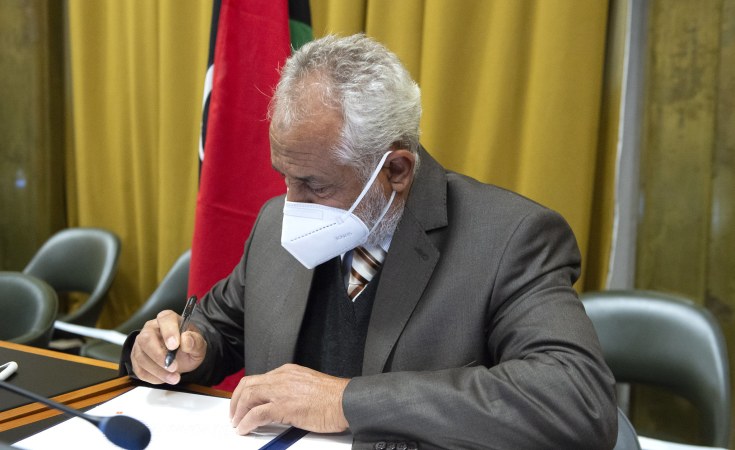 Warring parties in Libya on Friday agreed an historic ceasefire, which was hailed by the head of the UN Support Mission in the country (UNSMIL), who led the mediation, as a courageous act that can help secure a "a better, safer, and more peaceful future for all the Libyan people".

"I would like to salute you, because what you have accomplished here takes a great deal of courage", said UNSMIL chief, and Acting Special Representative, Stephanie Williams, at a press conference in Geneva. "You have gathered for the sake of Libya, for the sake of your people, to take concrete steps to end their suffering."

The country has been roiled by division and conflict, since the overthrow of former dictator, Muammar Gaddafi, in 2011. Supporters of the UN-recognized Government in Tripoli have been under siege for months, following an offensive by forces of the rival administration of the self-styled Libyan National Army (LNA), led by Commander Khalifa Haftar.

UN-led mediation by the 5+5 Joint Military Commission, representing the two sides, yielded Friday's agreement, that Ms. Williams said could help secure "a better, safer, and more peaceful future for all the Libyan people.

"I salute your sense of responsibility and your commitment to preserving Libya's unity and reasserting its sovereignty", she said of the accord.

She said the two sides had come together first and foremost, as Libyans, together: "The road was long and difficult at times, but your patriotism has been your guide all the time, and you have succeeded in concluding an agreement for a successful and lasting ceasefire."

I hope that this agreement will contribute to ending the suffering of the Libyan people and enabling the displaced, both outside and inside the country, to return to their homes and live in peace and security."

The UNSMIL head said the agreement "represents an important distinguishing mark for Libya and the Libyan people. I very much hope that future generations of Libyans will celebrate today's agreement, as it represents that decisive and courageous first step towards a comprehensive settlement of the Libyan crisis that followed."

Ms. Williams said there was "much work ahead in the coming days and weeks to implement the commitments contained in this agreement" adding that it was important to continue focused negotiations, "as quickly as possible in order to alleviate the many hardships that this conflict has caused to the Libyan people."

She said she knew that the Libyan people "can count on you" and added that "the United Nations is with you and the people of Libya. We will do our utmost to ensure that the international community lends its full and unwavering support to you."

The UN Secretary-General António Guterres welcomed the ceasefire, telling journalists in New York on Friday that represented "a fundamental step toward peace and stability in Libya."

"I congratulate the parties for putting the interest of their nation ahead of their differences... Too many people have suffered for too long. Too many men, women and children have died as a result of the conflict", said the UN chief.

The agreement was negotiated within the framework of the 5+5 Joint Military Commission with talks facilitated by the UN on the basis of Security Council resolution 2510 and 2542.

It is the result of four rounds of negotiations held since February of this year, Mr. Guterres reminded.

"I call on the international community to support Libyans in implementing the ceasefire and in bringing an end to the conflict. This includes ensuring the full and unconditional respect for the Security Council arms embargo.

"And I urge the Libyan parties to maintain the current momentum and show the same determination in reaching a political solution to the conflict, resolving economic issues and addressing the humanitarian situation."

The UN chief said UNSMIL was making preparations to resume the Libyan Political Dialogue Forum - which stalled when fighting escalated last year - adding that it will be preceded by a series of meetings and consultations that would facilitate "the resumption of inclusive, intra-Libyan political talks - Libyan-led and Libyan owned."

"There is no military solution for the conflict in Libya. This ceasefire agreement is a critical step. There is much hard work ahead", he warned.

The UN chief also stressed that Friday's breakthrough comes in the context of his repeated calls for a global ceasefire, so that all energies an be focused on the COVID-19 pandemic.

"With the inspiration of the Libyan agreement, now is the time to mobilize all efforts to support the mediations taking place to end the conflicts in Yemen, Afghanistan and in Armenia and Azerbaijan - where active hostilities are causing immense suffering for civilians", he said.

"There is no military solution for any of these conflicts. The solution must be political." 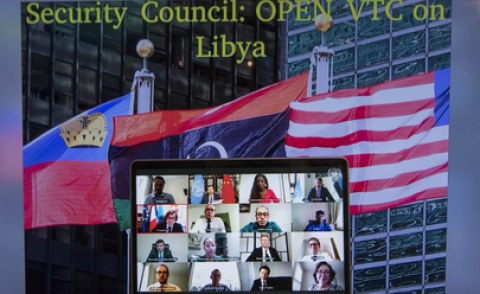 Politics Behind Killing of Libyan Lawyer - Rights Group
Tagged:
Copyright © 2020 UN News Service. All rights reserved. Distributed by AllAfrica Global Media (allAfrica.com). To contact the copyright holder directly for corrections — or for permission to republish or make other authorized use of this material, click here.