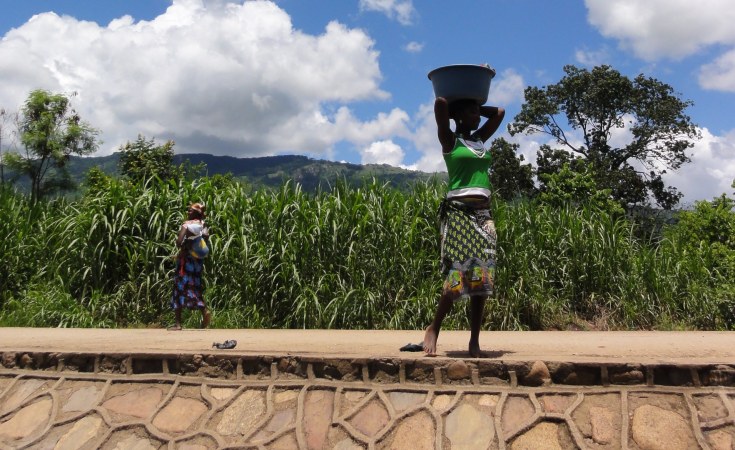 Cornel Vermaak/WMO/Flickr
Drought in Africa will adversely impact the productivity of major cereal crops like these in Mozambique, says a report launched by the World Meteorological Organization.
UN News Service

Africa needs to prepare better for climate change by responding to a wide range of potential risks, a multi-agency report led by the UN World Meteorological Organization (WMO) said on Monday, the first in a series of continent-by-continent assessments.

"In recent months we have seen devastating floods, an invasion of desert locusts and now face the looming spectre of drought because of a La Niña event. The human and economic toll has been aggravated by the COVID-19 pandemic," WMO Secretary-General Petteri Taalas said in a statement.

The report aims to fill a gap in reliable and timely climate information for Africa, which translates into a lack of climate-related development planning, said Vera Songwe, Under-Secretary-General, and Executive Secretary of the United Nations Economic Commission for Africa (UNECA).

Africa has been warming progressively since the start of the last century, and in the next five years, northern and southern Africa are set to get drier and hotter, while the Sahel region of Western Africa will get wetter, WMO's Regional Strategic Office Director, Filipe Lucio, told a press conference.

The agricultural sector is key to building climate resistance, since it is the dominant employer and it relies on the use of water and energy - both heavily implicated in climate change, he said.

Northern and southern areas under threat of aridity and desertification would benefit from reforestation, which helps to prevent water runoff and creates vegetation which supports the hydrological cycle.

Policy changes are also recommended in transport, energy, infrastructure and industry. Financing has improved with the establishment of a UN-backed Green Climate Fund but there are still limitations in terms of the continent's ability to tap into such funds, he added.

Climate change has contributed to a jump in food insecurity, mosquito-borne disease and mass displacement in the past decade, and the rise in sea levels has led to unusual weather patterns such as Tropical Cyclone Idai, which hit Mozambique, Malawi and Zimbabwe in 2019.

It showed the need for communities to learn about the risks and for impact-based warnings about the appropriate actions to take.

A day after the cyclone made landfall, it appeared to have dissipated and people thought the worst was over. But then disaster struck when flooding followed, overwhelming Mozambique's major port city of Beira, Lucio said.

"They need to have forward looking analysis to anticipate the trends into the future and start designing infrastructure and other systems taking into account the changing nature of these tropical cyclones."