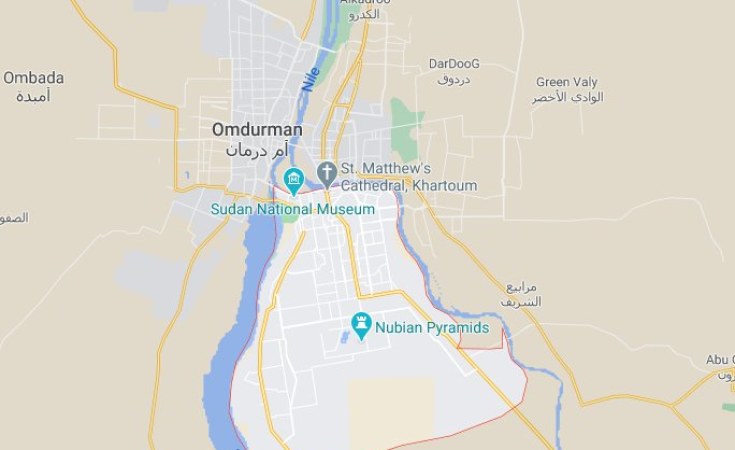 Google Maps/screenshot
A Google map showing Khartoum and Omdurman, with the White Nile on the left and the Blue Nile on the right.
Radio Dabanga (Amsterdam)

Sudan — 86 per cent of respondents to a survey recently conducted by the Radio Dabanga Opinion Forum about the composition of the new government based on the Juba Peace Agreements, say that they do not expect the speedy formation of a government and a ministerial team of competencies.

This is the second survey of its kind. The first survey earlier this month revealed that the majority of the Sudanese distrust the judiciary in the country,

In the latest survey, the results of which are discussed in the Radio Dabanga broadcast Transition Talks today, says that 12 per cent of all respondents answered that they expect a selection of ministers based on competencies.

This answer comes to a question about the use of quotas and whether it will stand as a stumbling block to appointing competent ministers.

However, the difference in the number of votes between supporters and opponents is less than in the first question, 54 per cent answered they expect the new government to perform better than the current government, while 29 per cent does not trust the effectiveness of the next government. A large proportion of 17 per cent said they do not know.

As for the time needed for the formation of a new government, 49 per cent answered that they do not expect an agreement will be concluded quickly, and that selecting ministers and agreeing on them will take a long time. 40 per cent expressed their confidence in the speedy reaching of a new government.

The questionnaire contained an open question that allowed the participants to express their opinion on the best way to nominate and choose ministers.

There were many opinions on this matter, but the majority of the answers indicated the necessity of adopting criteria of competence and practical experience in selecting candidates for ministerial positions, in addition to dedication and lack of partisan view.

Another large group suggested that the candidates for ministerial positions be selected through civil consultations and recommendations, and that they should be trusted personalities.

While many observers see that the quotas is the only reasonable formula at this moment to guarantee the participation of the war-affected and the marginalised in the peripheries in the country, a significant group of participants in the survey believe that quotas should be avoided in selecting ministers because it may cripple the transitional government and worsen conditions in all aspects.

Another group saw the necessity of adopting a transparent mechanism for selecting ministers with the participation of all components of society, that the name of the candidate should be announced to everyone and that his candidacy be withdrawn if he did not find sufficient acceptance.