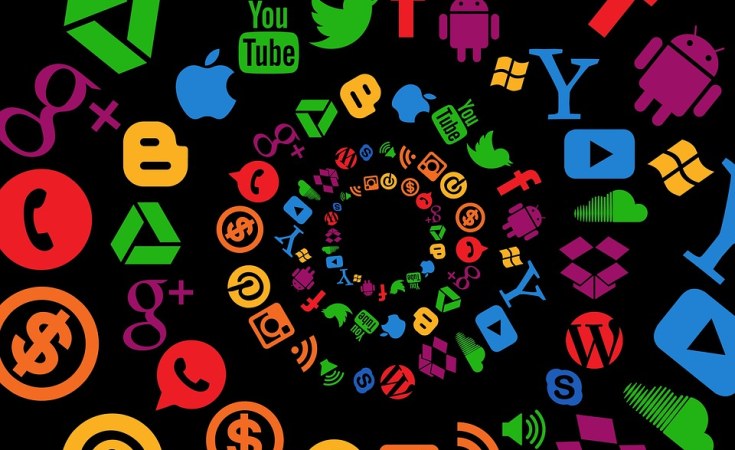 Law enforcement must recognise the early warning signs of digital vigilantism while respecting freedom of expression.

Press reports surrounding the beheading of a French school teacher in Paris on 16 October have revealed that both he and his school were the focus of a heated social media campaign.

Evidence from YouTube and Facebook suggests an online effort was underway to enact real-world consequences. It was clear that if Samuel Paty, who'd offended some members of the Muslim community by showing pupils cartoons of the prophet Mohammed, wasn't removed from the school, there would be consequences.

Those consequences were violent and shocking. The online campaign seems to show digital vigilantism at its most pernicious, which French authorities are investigating. Benjamin Loveluck describes digital vigilantism as including elements of shaming, flagging, hounding, organised denunciation and doxing of someone online.

In its extreme form, it may result in murder. Or it could resemble the Pizzagate Affair in Washington in 2016, with a lone gunman taking on the role of the police and responding to an online conspiracy theory falsely linking Hillary Clinton to an alleged child trafficking ring.

Digital vigilantism, incorporating the spectrum of behaviours outlined above, is increasingly being viewed as an unintended consequence of cyberspace. This increasingly networked ecosystem enables us to connect to others at the touch of a button and form communities of shared values.

In the absence of social media controls (such as attribution of information), which the traditional media must adhere to, conspiracy theories and factually inaccurate information are given parity with more robustly tested 'truths'.

Increasingly, digital vigilantism forms part of the study of information operations or information warfare. It can undermine traditional law enforcement and be hijacked by states, their proxies or cybercriminals and professional hackers, to shape domestic agendas and norms.

In fragile democracies, including in Africa and beyond, information operations have been used to influence elections. Moreover, the amplification effect of social media, driven by powerful algorithms, gives social media influencers (both positive and negative) a louder 'voice' than they might otherwise enjoy.

In a paper soon to be published, Institute for Security Studies (ISS) researchers found clear evidence of digital vigilantism in South Africa and Kenya. Twitter users in South Africa deployed such tactics to contest traditional law enforcement, and those in Kenya used these methods to hold law enforcement to account.

The potential to turn a social media community into judge, jury and executioner in SA is real

The ISS team followed South African conversations on Twitter from January to May 2020 during the COVID-19 pandemic. The focus was on the contentious issue of foreigners, frequently expressed as a form of nationalism or xenophobia in South Africa. One in 10 posts that discussed this topic involved a call to action such as hounding and doxing targets who the Twitter community deemed had transgressed in some way.

Doxing is the practice of revealing an individual's personal information online without their consent. It may include photographs, email addresses, cellphone numbers, etc. This not only gives the target uninvited visibility but exposes them to real-world or virtual attacks including identity theft and fraud.

There is a fertile market in stolen identities both on the dark web and through other internet forums such as 8chan and its variants. Such platforms (which give users complete anonymity) have also been associated with digital vigilante campaigns, including the 2019 New Zealand mosque killings.

In the South African investigation, the alleged transgressions for which Twitter 'keyboard warriors' sought revenge included the perception that foreigners were depriving South Africans of jobs, spreading COVID-19 and peddling drugs. A Chinese national blamed for spreading COVID-19 in the Free State was the target of a form of doxing called a human flesh search engine, in which Twitter users actively attempt to physically locate the target.

The effects of such vigilante campaigns may range from mild inconvenience and humiliation to life-threatening. While South Africa hasn't had a Samuel Paty incident yet, the potential to turn a social media community into judge, jury and executioner is real. And the digital revolution means responses can be generated in real-time which challenges forensics investigators' ability to react swiftly.

In examining the dynamics of influence on Twitter, ISS researchers observed how influential accounts can leverage social media networks (by embedding messages in other forms of popular culture) to increase their reach, sometimes for nefarious ends.

It's a tactic the scholar Daniel Trottier - who studied digital vigilantism in the context of alt-right movements in Europe and who reviewed the ISS research - explained was 'typical' of organised campaigns. The account operators know exactly how to maximise their impact while adhering to the rules set out by social media operators.

While access to social media may be limited in many African countries, in South Africa its use it growing. As many as 22 million users were registered with major social media platforms such as Facebook and Twitter in 2019.

Policymakers should broaden their understanding of cybercrime to include information operations. Public awareness of the potential harms is urgently needed, as are skills for law enforcement to recognise the early warning signs of digital vigilantism while respecting the right to freedom of expression.

South Africa's 2019 Cybercrimes Bill outlaws 'malicious communications' and seeks to criminalise data messages that threaten others with violence or damage to property against individuals or groups. However, regulating social media could be challenging because users often (naively) put sensitive information online, potentially disqualifying them from legal protection.

Social media platforms such as Facebook and Twitter have until now largely relied on self-regulation. However, moves in the UK to compel the companies behind the platforms to remove content that promotes violence, cyber-bullying, terrorism and child abuse may set the tone for tighter controls elsewhere.

Kenya is already considering a bill that would compel social media platforms to open offices in the country where the content they host can be seen. The bill would require bloggers, among others, to register with the authorities. That raises questions of surveillance, censorship and information control that stand in stark opposition to the philosophy of an open internet.