Africa: Go After The Laws that Hold African Women Back 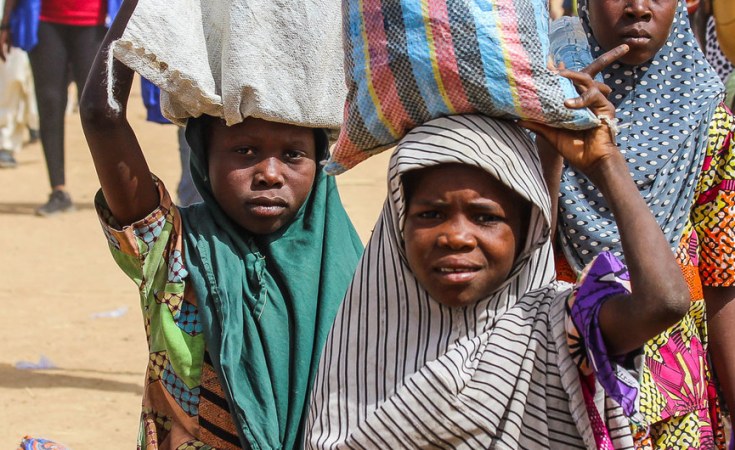 Johannesburg — We must change the status quo, dismantle and go after laws that hold women back and create inequalities, Senait Fisseha, Director of Global Programs at the Susan Thompson Buffett Foundation, said during this year's virtual Women Leaders in Global Health Conference under the theme Connect, Commit and Act.

"Right now women around the world are facing a number of deadly crisis and parallel to Covid-19, issues that were there before have been heightened by the pandemic mainly the restrictions and attacks on their essential health care and rights including sexual and reproductive health care and rights, access to safe abortions, increased gender-based violence, mental health crisis from stretching responsibility that is expected of them. For African women or women of colour everywhere, the challenges are even greater in a world that is still rife with systemic racism and while supremacy," said Fisseha.

Before introducing the panel, Zain Verjee, Kenyan Journalist and Founder and CEO of the Zain Verjee Group, highlighted the importance of working to advance women's leadership on the African continent.

Eighty percent of the world's health force are women and yet they face extra ordinary barriers to reach leadership roles. Women represent only 25 percent of senior leadership positions and those inequalities are just compounded in Africa. Gender equality progress in Africa has stalled over the past four years, at the current rate it would take Africa more than 140 years to reach gender parity. These are some shocking facts from the 2019 McKinsey Global Institute report that Verjee pointed out in her opening remarks during the virtual conference.

"Covid-19 pandemic has worsened the inequalities, imposing even greater family and economic burdens with some countries closing some centers they deemed nonessential services during lockdown that made reproductive health services even more difficult to access for women. This decision lead to more violence against women, unemployment, accidental pregnancies, unsafe abortion and transmitted diseases," she said.

Rumbidzai Chisenga, Director of Ellen Johnson Sirleaf Center's Leadership Programs, joined Fisseha to discuss the key opportunities and challenges to African women's leadership. They started off by discussing the impact of COVID-19 pandemic which they both agree has heightened inequalities.

With no doubt the novel coronavirus pandemic has exposed some of the deep inequalities in societies also exposing weak health systems. Fisseha said deep inequalities that are being brought to light for some during this pandemic have become the built-in feature in the world we live including in the health systems and there have been at work long before this covid-19 pandemic crisis hit.

"What that means is that they are going to require very intentional and constant action to dismantle. Choosing the side of the status quo and not dealing with this inequality head on is choosing not to care," she said.

In April the United Nations Population Fund predicted that lockdown-related disruption over 6 months could leave 47 million women in low- and middle-income countries unable to use modern contraceptives, leading to a projected 7 million additional unintended pregnancies and an additional 31 million cases of gender-based violence.

The same analysis also predicted that the Covid-19 pandemic is also expected to cause significant delays in programmes to end female genital mutilation and child marriage, resulting in an estimated two million more cases of FGM over the next decade.

Using Their Voices to Influence and Accelerate Change

Chisenga said she does not shy away from things that make her authentically herself, she says that she is aware that she is young and a woman, relatively inexperianced compared to other people, very much aware that English is not her first language and several other factors about her background, and don't think of it as anything to be ashamed of.

"All of these things that traditionally were barriers or were looked down upon are the things that have actually become strengths, particularly when it comes to conversations around policymaking, and influencing and driving change", she said.

Fisseha and Chisenga pair also discussed the Amujae Initiative aimed at preparing African women to reach the highest levels of public leadership. Amujae means we are going up, in the Liberian local dialect. This initiative is the programme of the Ellen Johnson Sirleaf Presidential Center for Women and Development, which the former Liberian president established after leaving office in 2018. In its first year, the initiative has committed to providing mentorship to 15 women leaders, with the support of two other female former presidents: Malawi's Joyce Banda and Catherine Samba-Panza of Central African Republic.

"We are not only focusing on women and placing the burden on women. Through our advocacy campaigns and activities, we are trying to change the environment in which these women operate and lead so that our continent as a whole, our societies can be more embracing of women public leaders," Chisenga said.

Fisseha says the conversation about women's leadership, equality or gender equity cannot go on without addressing how woman are expected to lead when they do not even control their bodies.

"When we talk about sexual and reproductive health and rights we are talking about a diverse and comprehensive health services needed across a lifetime of a woman from menstrual hygiene, sex education to routine screening for cervical cancer, breast cancer to maternal health and safe abortion. For an example, a woman does not see her need for her HIV medication as separate from her need for contraceptives or her need for cancer treatment or safe abortion. The system should be designed around an actual woman or girl's experiences so separating sexual and reproductive health and rights from health for all, in addition to inconveniencing women and girls when they seek services, basically makes it easier to continue to not talk about it and keep it stigmatized and silence women and men who talk about this issue," Fisseha says.

She highlighted that there has been progress to advance women issues like when South African President, Cyril Ramaphosa pledged as the African Union Chairman that he would do anything in his power to go after laws that hold women back in the continent. She also expressed excitement about some African governments and heads of states with a push from grassroot movements that are stepping up and pushing for the inclusion of sexual and reproductive health and services as part of primary health care or as part of Universal Health Care.

Chisenga ended the conversation by calling on men to recognize women issues: "For me, undoing gender discrimination will require more than women demanding change and women changing themselves. I think it requires men to recognize that issues that have been traditionally labelled as 'women's issues' are actually societal issues, and I would like to see more men advocating for women's dignity and safety as well as women's participation in leadership and decision making."

'Women's Leadership and Decision-Making Has Never Been More Urgent'