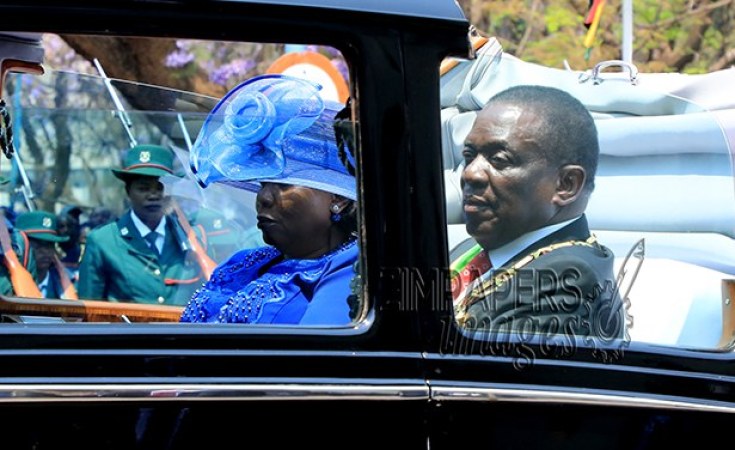 Four more people were yesterday arrested in connection with the 6kg of gold that was seized while allegedly being smuggled to Dubai by Zimbabwe Miners Federation president Henrietta Rushwaya.

Rushwaya remains in custody following her arrest at Robert Gabriel Mugabe International Airport on Monday morning as complications arose in her bail application.

The four include Ali Mohammed of the car dealership Ali Japan 786, whom Rushwaya allegedly fingered as the source of the four gold bars found in her luggage, plus two security services officers, Steven Cherai and Rafius Mupandauya, who may have been involved in the attempt to get Rushwaya through the security checks with her gold, and Gift Karanda who national police spokesperson Assistant Commissioner Paul Nyathi last night said, when confirming the four arrests, had allegedly lied that he was a member of the Central Intelligence Organisation (CIO) after he went to the airport to assist Rushwaya.

As more details of the alleged attempt to smuggle the gold worth US$333 000 out of the country emerge, prosecutors yesterday applied to withdraw their consent for bail for Rushwaya.

They had previously agreed to $90 000 plus the surety of title deeds to her lawyer's Borrowdale property.

She remains in custody until Friday when the Harare Magistrates Courts will rule on whether or not the State can withdraw its earlier consent and if so whether Rushwaya can still be admitted to bail, and if so under what conditions.

Rushwaya (53), did not have supporting documents for gold export.

Prosecutors yesterday told the court that the smuggling attempt was well-orchestrated by a wide network involving members of the security services, airport officials and others masquerading as top security agents.

Prosecutor Mr Garudzo Ziyaduma said the smuggling attempt was planned in such a manner that Rushwaya would only take four minutes to complete the check-in process. Security personnel manning the closed circuit television monitoring system were allegedly instructed to switch it off as she walked to the VIP exit point.

There were also, allegedly, back-up plans to bribe those who might have "smelt a rat" with allegations that Rushwaya tried to bribe two officers.

Mr Ziyaduma and Mr Charles Muchemwa then applied for the withdrawal of their earlier consent for bail.

"This was an organised plan to commit crime because of the manner in which the execution of the offence was carried out.

"The net of the syndicate is actually wider. Hence upon taking note of that, we have enlarged the scope of the investigation," said Mr Ziyaduma.

"We expect more suspects to be brought to court tomorrow. There is also evidence that was availed to the effect that the accused tried to bribe two officers who had discovered the offence.

"There were also other personnel involved in assisting in the smuggling of gold. One is a member of the CIO and the other was masquerading as one. The net is wider than what was thought earlier hence the decision to withdraw the consent."

He said the police were instituting investigations into the source of the gold and its intended destination.

Rushwaya's lawyer Mr Tapson Dzvetero opposed the State's application for removal of consent for bail on legal grounds and said the State first had to explain why it consented to the proposed bail conditions. He was also critical of the extra allegations the State was now making without providing evidence.

He said the State's decision was an afterthought which arose without any changed circumstances from the time Rushwaya was arrested and the consent to allow her bail.

Mr Dzvetero accused the State of failing to furnish the court with reasons why it had initially consented to bail on Tuesday.

"That is the starting point. The State should have started by saying why it had conceded to bail and that is what they had been directed by the court.

"Instead of complying with the court order, the State is now making a fresh application. In other words, the State is approaching the court with dirty hands. The State is clearly in contempt of court, that is, to give reasons why they conceded. The State must purge its contempt first," he said.

Mr Dzvetero dismissed allegations that CCTVs were switched off saying the State failed to substantiate its claims in court. He also denied that Rushwaya bribed two officers who caught her at the airport saying there was no proof brought before court to that effect.

In his response Mr Ziyaduma said there would be no prejudice if the earlier concession was withdrawn.

He said the rationality on arriving at that decision was that Rushwaya would be given an opportunity to indicate whether she was a good candidate for bail or not.

Magistrate Mr Ngoni Nduna remanded Rushwaya in custody to tomorrow when he is expected to make a ruling on the State's application for withdrawing the consent.

Govt in 'Shock' After Rushwaya Debate in British Parliament