At a press conference in Dar es Salaam, Lissu, who ran on the Chama Cha Demokrasia na Maendeleo (Chadema), said the figures being announced by the National Electoral Commission cannot be verified.

"We do not recognise what happened yesterday (Wednesday) ... because it was marred by irregularities in all stages.

"The results that have been announced since yesterday and which the Electoral Commission continues to announce today are, therefore, illegitimate. They do not reflect the true will of the millions of Tanzanian people who turned up at polling stations."

Lissu said his party will not accept any results from the polls and called on the masses to "take the matter in their own hands" by engaging in peaceful demonstrations.

Preliminary results showed incumbent John Magufuli ahead of the pack as stations kept sending in their data. In some stations, Magufuli got nearly five times the vote compared to the total garnered by all the other 14 presidential contenders.

But Chadema and several other opposition politicians said the vote had been rigged in favour of the ruling Chama Cha Mapinduzi.

Zitto Kabwe, the party leader of ACT-Wazalendo, another opposition party, said the elections had confirmed Tanzania's growth into a dictatorship.

"Tanzania in full blown one party dictatorship. We shall resist this," he said Thursday.

The NEC's Chairperson, retired appellate court judge Semistocles Kaijage, rejected accusations of fraud. But Lissu called on Tanzanians "to take the matter in their own hands, through peaceful mass demonstrations."

"We ask friends of Tanzania not to confer any recognition to these illegitimate results," he added.

"Heads of intelligence and security services were teargassing our people.

"This election should not be given any form of legitimacy by the international community.

In Tanzania, presidential election results announced by the National Electoral Commission cannot be challenged in court. It means the figures, once confirmed by the Commission, will remain final.

This is despite an order from the African Court of Human and People's Rights last July ordering the Tanzanian government to amend the constitution and allow every election results to be contestable in a court of law.

The decision had been made, however, a year after Tanzania withdrew from clauses of the court which had allowed individuals to sue their government at the African institution. 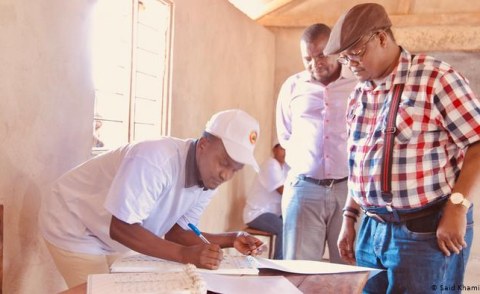 Opposition Leader Tundu Lissu Leaves Tanzania
Tagged:
Copyright © 2020 The Nation. All rights reserved. Distributed by AllAfrica Global Media (allAfrica.com). To contact the copyright holder directly for corrections — or for permission to republish or make other authorized use of this material, click here.

Are We Africans Our Own Worst Enemy?
Soccer