Namibia: Fight for a Cause, Geingob Implores Youth 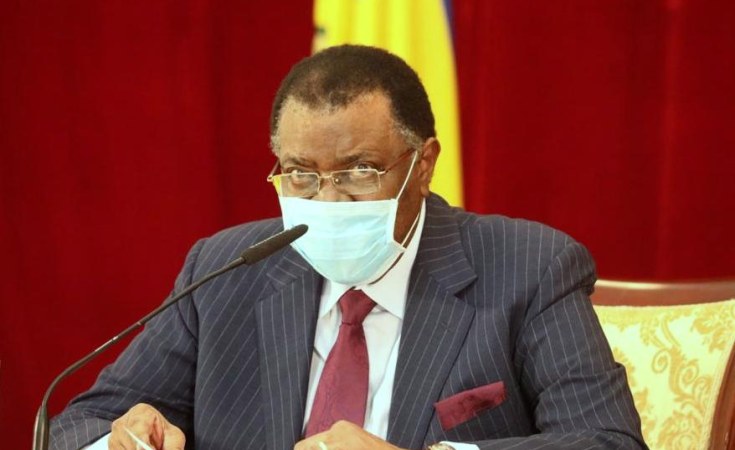 President Hage Geingob yesterday said government has declared war against gender-based violence, while further cautioning young people not to fight the authorities when they actually enjoy their full support.

That is the war we must all declare, and the government is fighting, so how do you fight the government. But to be heard you must be heard, and you have the right to demonstrate, as long as it is peaceful.

Your right to demonstrate ends where another person's not to demonstrate comes," said Geingob who was speaking at State House during a courtesy visit by the African Union Special Envoy on Youth, Aya Chebbi.

Protesters, mostly young women, recently marched against the scourge of SGBV, demanding law enforcement agencies and central government to intensify the fight against gender violence in the country. On her part, Chebbi applauded the youth for standing up for what they believe in, adding she was also inspired by Geingob's appointment of a youth advisor.

"This is the only presidential youth advisor position I know. When I travel across the continent, attending events of the AU and speaking to the leaders at the AU Summit, I would want them to trade their positions and have the youngest deputy minister and governments would have youth advisors," she said.

She said AU has compiled a report with recommendations on how to get more young people into public enterprises and one of them relevant to Namibia is having more youth internship programmes.

"Training and retaining them for public service will increase job security for them and also make them understand how systems work. It is important to have more youth in leadership and truly inspired by President Geingob's leadership, especially referencing what is currently happening in the country for the past few weeks. The open-door policy and dialogue and listening to young people is inspiring. I wish more leaders would do that," she said.

She mentioned that society looks at young leaders and the first thing they see is age. "We are in a society that looks at age and people who are younger are not taken seriously when they raise their issues," expressed Chebbi. She said her office has consistently advocated for a concept of 'intergenerational co-leadership' to close this gap.

"We need to engage the youth as co-leaders in the process to ensure institutional memory, democratic transition and digital transformation. Moreover, youth cannot take the torch passed down by other generations and be expected to solve Africa's 21st-century challenges with 20th-century structures," stated Chebbi.

She called for cooperation among the youth and across generations, including to digitise traditional bureaucratic institutions. "As the millennials, it is not just our role to engage in governance, it is our duty and responsibility because 'we are the custodians of Africa's development' as is stated in the African Youth Charter," she added.