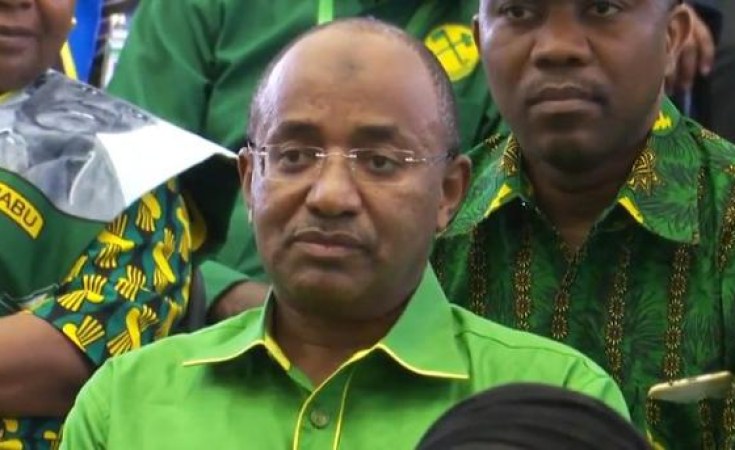 Zanzibar Electoral Commission (ZEC) has on Thursday evening declared Dr Hussein Ali Mwinyi, son of Tanzania's second President, the new leader of the Revolutionary Government of the archipelago after he garnered 76.27 percent of the vote.

Dr Mwinyi, until now the Defence Minister of Tanzania, collected about 380,000 votes defeating veteran opposition leader Seif Sharif Hamad aka Maalim Seif of ACT-Wazalendo and other contenders from CUF and Chadema.

Dr Mwinyi, whose father Ali Hassan Mwinyi was in power from 1985 to 1995, had been serving in the Cabinet of John Pombe Magufuli who is also expected to win the presidential race, according to provisional results announced by the National Electoral Commission.

"Thank you, all people of Zanzibar, for choosing CCM and for electing brother Hussein Mwinyi as the President-elect of the revolutionary government of Zanzibar," CCM party wrote on Twitter on Thursday night.

His victory could now maintain a status quo for an archipelago that enjoys certain form of autonomy from the government of Tanzania, but which has witnessed violence nearly every election year.

Zanzibar often sees politicians expressing desire for more autonomy. Ahead of the elections, Chadema's presidential candidate, Tundu Lissu had promised voters to "review" the governance arrangement with mainland to ensure the islanders get more say in resources they are allocated.

This year, a number of opposition leaders including Mr Hamad were briefly detained by police for claiming there was rigging on the eve of the vote. Hamad himself had been barred from campaigning for a week in days leading to elections for breach of electoral code.

According to the law, the presidential election results announced by the electoral commission cannot be challenged in court. It means the figures, once confirmed by the Commission remain final.

This is despite an order from the African Court of Human and People's Rights last July ordering the Tanzanian government to amend the Constitution and allow every election results to be contestable in a court of law. The decision had been made, however, a year after Tanzania withdrew from clauses of the Court which had allowed individuals to sue their government at the African institution.