Zimbabweans Turn to Sex Work Amid Economic Crisis and Covid-19 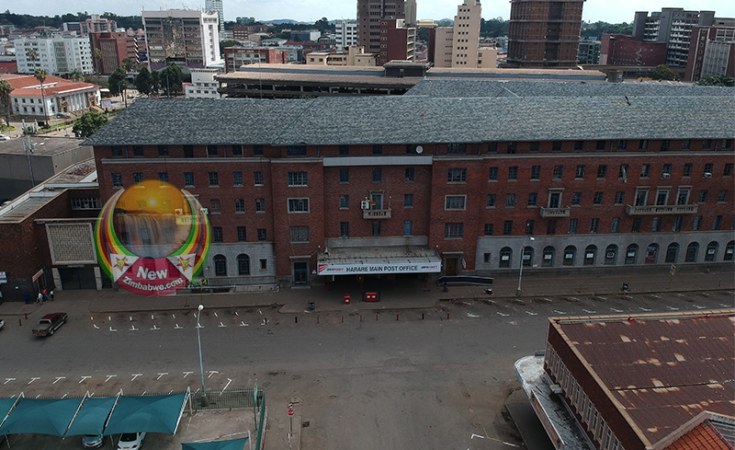 Dressed in a miniskirt and blouse, Esther Kamupunga stood in semi-darkness waiting for men looking for sex - the latest Zimbabwean to lose her job in a deepening economic crisis, worsened by the new coronavirus.

When the first COVID-19 case was detected in March, Zimbabwe rapidly went into lockdown, and the 24-year-old single mother and waitress was laid off in the eastern city of Mutare.

"Life was better until the advent of this coronavirus. Our business came to a standstill due to lockdown ... unfortunately I was one of the people who were retrenched," she said, shielding her face from passing car headlights.

"I have two children. I could not watch them going to bed without eating anything. I had no option but to follow some friends to this shopping centre," she told the Thomson Reuters Foundation, declining to publish her real name.

The southern African nation is experiencing its worst economic crisis in a decade, with crippling hyperinflation, unemployment, strikes by public workers and shortages of food, medicine and foreign currency.

"We have a lot of cases coming to us of girls who were now engaged in transactional sex because of the increase in the household poverty," said Beatrice Savadye, director of Roots Africa, a local charity supporting young people.

Savadye said she received 350 reports of children having sex in exchange for money or gifts from March to June - double the previous year - in Mazowe, a mining town 40 km north of Harare.

Her charity has been giving food parcels to hungry families.

Ordinary Zimbabweans say life is difficult, with inflation above 700%, rocketing prices for basic goods, electricity and petrol, and lagging salaries - prompting teachers to refuse to return to work without a pay rise last month.

"Hunger drives us into sex trade," said Hazel Zemura, who has sold sex for a decade and works for Women Against All Forms of Discrimination, which runs health programmes for sex workers.

"As our incomes, like the cross border trading - the importation of weaves and makeup kits from China for resale - got eroded during the lockdown, we had to turn to men for survival."

The latest government data shows 16% of Zimbabweans were unemployed in 2019, but many regard this as an underestimate.

The lockdown, followed by a curfew in July, forced traders off the streets, while the closure of Zimbabwe's borders for all non-essential travel cut off a lifeline for 1 million informal cross-border traders, said economist Victor Bhoroma.

"COVID-19 has exacerbated an already dire situation in terms of employment," the independent analyst said from the capital Harare, adding that about 6 million Zimbabweans who work in small businesses and informal trade were severely affected.

"The lockdowns in the tourism and hospitality sector, transport, aviation and leisure services, manufacturing, fast food and retailing and sports have resulted in massive retrenchments and layoffs in the last seven months," he added.

Zimbabwe has recorded some 8,300 coronavirus cases and about 250 deaths, according to Johns Hopkins University.

Coronavirus restrictions have made sex work riskier as women have been unable to get free condoms from their usual clinics and illegal brothels in residential areas and downtown nightclubs have closed.

"Some sex workers, because they do not have condoms, they would put a cloth up their vagina to prevent pregnancy and contracting HIV. After sex they would remove the cloth and wash it for reuse with another client," said Savadye of Roots Africa.

But Zemura said some of her members chose not to use condoms because they can charge more.

"Unprotected sex pays more. So at times we have it despite the risks," she said.

Many brothels remain closed, although the easing of the curfew - with people told to stay home from 8pm to 6am - has allowed sex workers back on to the streets, she said.

Kamupunga, the ex-waitress, takes clients who pay for a "short time" to an open field, for which she charges about $2, although she is often pushed to accept half that.

"We lie on a cloth spread on top of the grass. It provides comfort suitable for a short time," she said, adding that taking clients to her home - known as "night" - costs them about $10.

Although coronavirus infection rates are falling and most children have returned to school this month, many women fear they will not be able to return to their old jobs.

International borders have yet to reopen, forcing one former trader, who used to buy kitchen utensils and clothes in South Africa for resale locally, to keep selling her body to provide for herself and her child.

"Some goods are being illegally imported into the country but the bribes that traders pay to the police makes the business unprofitable," the 26-year-old said one night while waiting for men in the backyard of a closed nightclub.

"My daughter stays with my mother ... I send money to them every month."

She hopes to return to her old job when borders reopen in December. But Bhoroma, the economist, was sceptical.

"The economy still has challenges in terms of high inflation, foreign currency shortages, high costs of production and depressed local demand," he said.