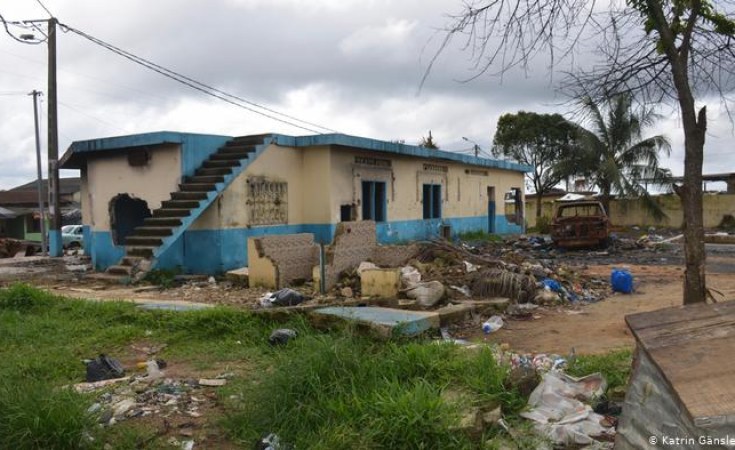 Bonoua, Ivory Coast — Tensions are growing in the opposition stronghold ahead of the October 31 election. While activists are trying to keep the peace, many residents are nervous about the possibility of more violent protests.

When John Ekra walks through the streets of Bonoua, he occasionally stops. Sometimes it's to greet market women, or chat with young people. Ekra was born and raised in Bonoua, which is considered the pineapple capital.

Ekra promotes peace between his fellow citizens - both personally and as part of his work with the German Konrad Adenauer Foundation and the Ivorian human rights organization RAIDH.

It is late morning and the center of Bonoua seems calm. Passers-by are shopping and chatting. No one seems to be in a hurry, or look tense.

But things here can change quickly. Ekra stops in front of what used to be the police station. There are still a few burnt-out cars parked in front. On August 13, angry protesters set fire to the building.

"It has to be rebuilt," Ekra says, pointing to the rubble. Ever since this incident there have been more demonstrations. Four people have already been killed. 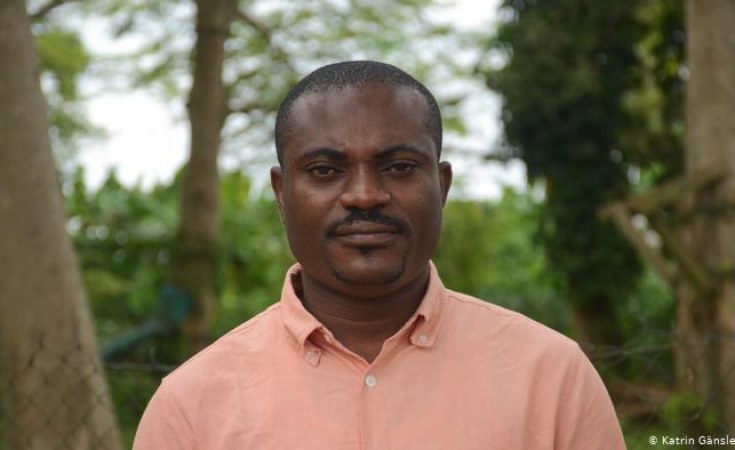 Katrin Gänsler/Deutsche Welle
John Ekra is trying to promote reconcilliation and cooperation between the people in Bonoua in the lead-up to the election.

The protests were sparked by President Alassane Ouattara's announcement that he would run for a third term. In 2016 the country's constitution was amended - while it still limits the president to two terms, earlier mandates do not count so that Ouattara can run again after 10 years in office.

No jobs, no prospects

Bonoua is considered the stronghold of Ouattara's long-time rival and former president, Laurent Gbagbo. The 75-year-old is currently in exile in Belgium. Following the 2010 presidential election - in which Ouattara ran against then-president Gbagbo - violent protests broke out across the country, leaving 3,000 dead.

But Ekra does not see Bonoua as a Gbagbo stronghold. While Gbagbo was supportive of the local Aboure people, many here rejected him because of their difficult living conditions.

"If young people had more work here, they wouldn't take to the streets for a small amount of money," explains Ekra. While economic growth in Ivory Coast was at around 7% in the years before the coronavirus pandemic, not everyone has benefited. 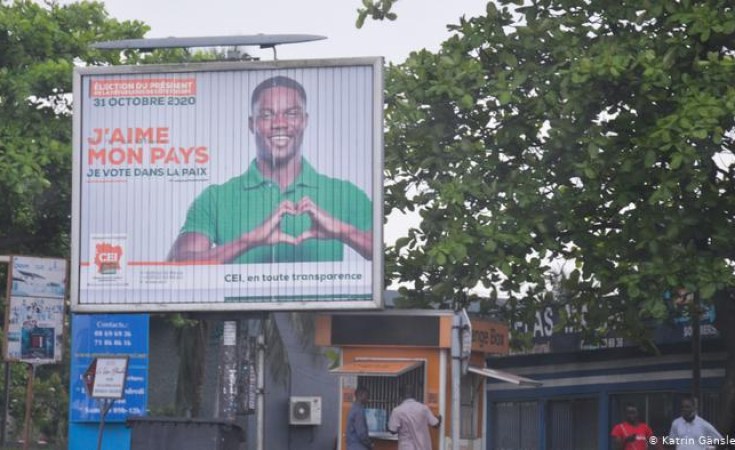 Supporters of Ouattara and Gbagbo are by no means the only victims of the protests. A group of women have gathered in front of the house of Therese Adje and Frederic Kissi for a condolence visit. Photographs of their son Armel lie on a wooden bench. He had hoped to become a plumber someday - until the protests on October 19.

His father cannot forget this day. "He left the house to run an errand," he says. But he never returned. Once again, the opposition had called for a demonstration. Armel got caught up in the protest and was shot.

Kissi was called to the town hall later that afternoon. "The body of my son was there," he recalls. The mayor, sub-prefect and police chief all expressed their condolences. Kiss still can't believe that he has lost his son. "Our child is dead!" he exclaims in a grief-stricken voice.

Kissi feels all the more uncomfortable when he thinks about the upcoming election on October 31. Two opposition candidates - including Henri Konan Bedie, who was president in the 1990s, and Pascal Affi N'Guessan, have called on people to boycott the vote. 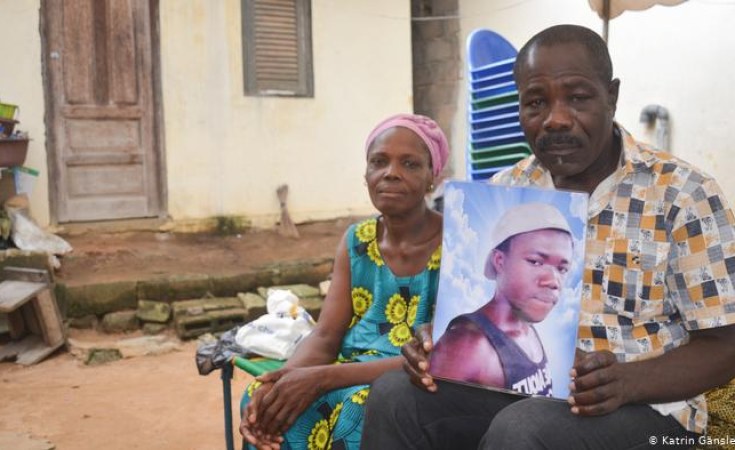 "It's obvious that we are very concerned," says Kissi. But it remains unclear as to how, or even whether, election day should be disrupted. The police already have a much greater presence around here than usual.

But it barely seems to be an issue for the old political guard who have determined life in Ivory Coast for decades. Their fronts are considered unshakable.

In Bonoua, Ekra is showing people how collaboration works. He has invited youth representatives from different parties to a café across from the destroyed police station. No one refused his invitation.

"We now have to sensitize everyone so that there is no violence," says Ekra. But he also has one more wish.

"I would like Bedie, Ouattara and Gbagbo to withdraw and make room for other candidates. We are tired of the old stories/of history repeating itself!"

This article was adapted from German by Ineke Mules.

There Are Lessons in Past Election Crises

Thousands Flee Cote d'Ivoire Amid Electoral Violence - UN
Tagged:
Copyright © 2020 Deutsche Welle. All rights reserved. Distributed by AllAfrica Global Media (allAfrica.com). To contact the copyright holder directly for corrections — or for permission to republish or make other authorized use of this material, click here.