Africa: Four African Countries At the Founding of the UN in SAN Francisco in 1945 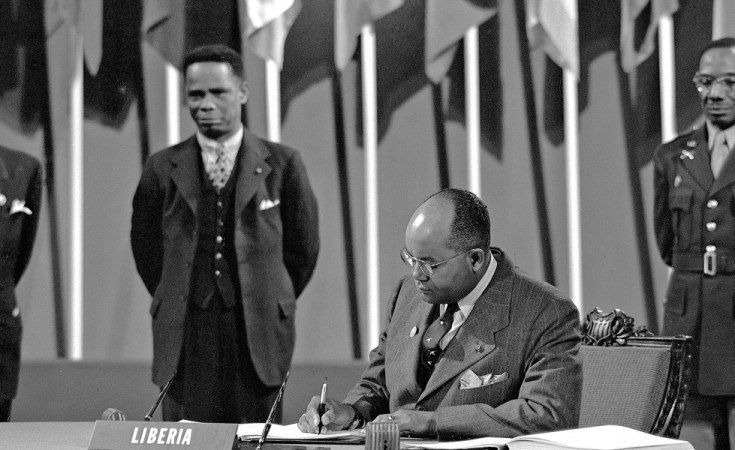 When 50 countries gathered in San Francisco, the American city on the shores of the Pacific Ocean, in April 1945 to deliberate on a new world order and sign the UN Charter of the United Nations in June of the same year, sovereign African countries barely existed.

Still four African countries made it to San Francisco: The Kingdom of Egypt, the Ethiopian Empire, the Republic of Liberia and the Union of South Africa, as they were known then. Most of the other countries on the continent were still under colonial rule.

Each of these four African countries had been affected in one way or another by the just-ended World War II, especially Ethiopia and the Union of South Africa.

At the conference, the African countries wanted to contribute to building a new international framework that would help prevent the occurrence of future wars and crises that may threaten the very existence of the smaller and poorer countries.

They also strongly advocated at the meeting that the new world order that was being envisioned acknowledge and honour their rights.

"We, the smaller nations of the world, have been called upon to participate in this conference, not only because of the identity of ideals which binds us to the great powers in the present struggle and of our particular interest in the assurance of a lasting peace but also because it is upon the guaranty of the free and independent existence of the small nations of the world that any future world organization must be based," said Mr. Tewelde Medhen, the Ethiopian Minister to the United States, in his solemn address to the delegates.

Ethiopia's insistence on small nations' interests being recognized and protected by the new international law understandably stemmed from her experience of the war and what the country considered the failure of The League of Nations - the predecessor of the United Nations - to prevent and end Italian invasion.

Liberia, on the other hand, was not directly involved in the world efforts, save for, as the then world's largest producer, providing "rubber to the Allied cause," said C. L. Simpson, the Vice President.

Yet, Liberia expressed the same concerns as Ethiopia "for not possessing the means to wage war, the dreams and hopes of small nations are only of world peace and the security of their rights and independence," Mr. Simpson said.

Membership of the UN Security Council and the veto provisions of its permanent members were also discussed at the meeting. And countries like Egypt were concerned about the consequence of the veto powers being given to some countries - one of the controversial issues debated in San Francisco.

In that regard, Egypt registered in vain, her opposition to the move by arguing that "permitting any power, great or small, to sit both as judge and jury in its own case does not contribute to building world-wide confidence so necessary to the success of a plan for world order".

But summing up what he believed was the real stake in designing a new international order; the Prime Minister of the Union of South Africa, Jan Smuts, remarked that the new Charter should not be a mere legal document for the prevention of war.

"The Charter contains at its very outset and in its preamble, a declaration of human rights and of the common faith which has sustained the Allied peoples in their bitter and prolonged struggle for the vindication of those rights and that faith," said Mr. Smuts.

However, his suggestions, while included in the Charter, would remain out of reach for millions of people across the continent, including in his own country where there was racial discrimination and apartheid, and across the continent where vast swaths of land were without self-representation.

While none of the four African countries mentioned "self-determination" in their respective addresses to the assembly, the Charter they would sign included provisions in Chapters 11, 12 and 13 that would pave the way for the decolonization of the continent.

African delegates at the 1945 San Francisco Conference on International Organization