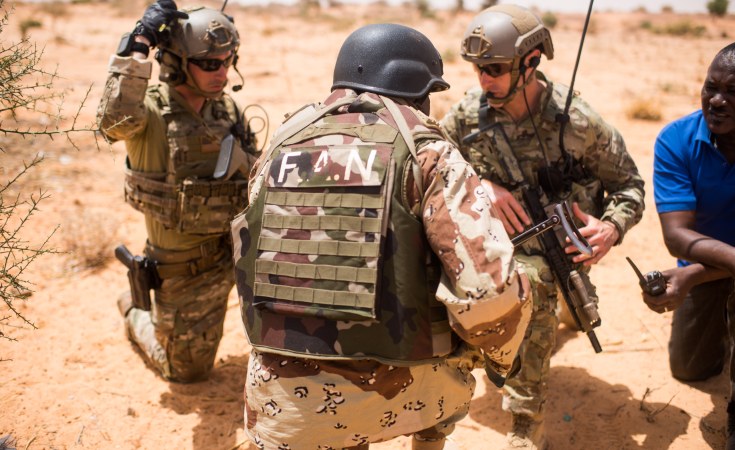 Mr Walton was reportedly kidnapped in Niger and rescued in a neighbouring town in northern Nigeria.

The mission was undertaken by elite commandos as part of a major effort to free the 27-year-old before his abductors could get far after taking him captive in Niger on October 26, counterterrorism officials told ABC News, a U.S. medium.

The UK Sun reported that Walton's kidnappers called and demanded ransom from his dad, who lives half a mile away from the farm in Niger.

President Donald Trump, in a tweet on Saturday, said that Walton's rescue was a "big win for our very elite U.S. Special Forces".

Giving further details on the rescue mission, the chief Pentagon spokesman, Jonathan Hoffman, said the U.S. forces conducted the operation during the early hours of 31 October.

"No U.S military personnel were injured during the operation. We appreciate the support of our international partners in conducting this operation," he said in a statement.

The U.S. Secretary of State, Mike Pompeo, praised the operation.

"The United States is committed to the safe return of all U.S. citizens taken captive. We delivered on that commitment late last night in Nigeria, where some of our bravest and most skilled warriors rescued a U.S. citizen after a group of armed men took him hostage across the border in Niger," he said.

"Thanks to the extraordinary courage and capabilities of our military, the support of our intelligence professionals, and our diplomatic efforts, the hostage will be reunited with his family. We will never abandon any American taken hostage."

The Northern parts of Nigeria have been grappling with security challenges including terrorism that has claimed many lives and displaced millions since 2014.

In recent months, the alarming rate of banditry and kidnapping has raised concerns locally and internationally.