There was outrage and condemnation in Sierra Leone over a Supreme Court order to arrest a lawyer wanted for criticising its ruling.

Lawyer Augustine Sorie-Sengbeh Marrah is reported to have gone into hiding after judges at the Supreme Court ordered his arrest and stripped him of his immunity against arrest within court premises.

Marrah, an outspoken social commentator, angered the judges with a comment he allegedly made on social media suggesting that the ruling by the court was influenced by political considerations.

On Monday, the panel of five judges had ruled on a matter that upheld a presidential appointment to the position of Commissioner of the Anti-Corruption Commission (ACC).

The appointment of the ACC chief in 2018 by President Julius Maada Bio had been criticised by some on grounds that the appointee, Francis Ben Kaifala, didn't meet the criteria, that is, being qualified to be a high court judge which requires a minimum of 10 years' legal practice.

A former Bar Association president took the matter to the Supreme Court for interpretation. The court subsequently ruled that the counting starts at the point when one is called to the bar. That ruling reversed a long-standing policy of the General Legal Council, which was represented by Mr Marrah.

The Supreme Court judges were angered by his refusal to appear before them to explain his comments contained in a write-up he posted on Facebook which they say was "contemptuous" and "demeaning" to the highest court of the land.

Critics say the move by the court goes against the spirit of freedom of speech.

The court's order comes against the backdrop of celebration of the repeal of a colonial era law which criminalised free speech.

Many Sierra Leoneans took to social media to challenge the court's decision.

A campaign, "I stand with Lawyer Augustine Sengbeh Marrah," has been trending on Facebook.

The Sierra Leone Association of Journalists joined in the condemnation of the court's decision, calling for its reversal, But, in yet another sign of division within the legal profession, the Sierra Leone Bar Association appears to blame the situation on Mr Marrah for his failure to respect the court.

It called on him to appear before it on Friday and defend himself according to the dictates of the law.

"CORRUPTION" 'Means the Bosses are Steling Your Money' 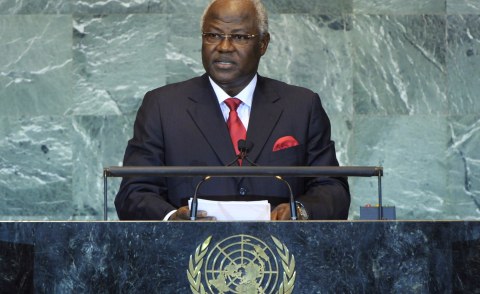 Sierra Leone Imposes Travel Ban on Ex-President
Tagged:
Copyright © 2020 The Nation. All rights reserved. Distributed by AllAfrica Global Media (allAfrica.com). To contact the copyright holder directly for corrections — or for permission to republish or make other authorized use of this material, click here.