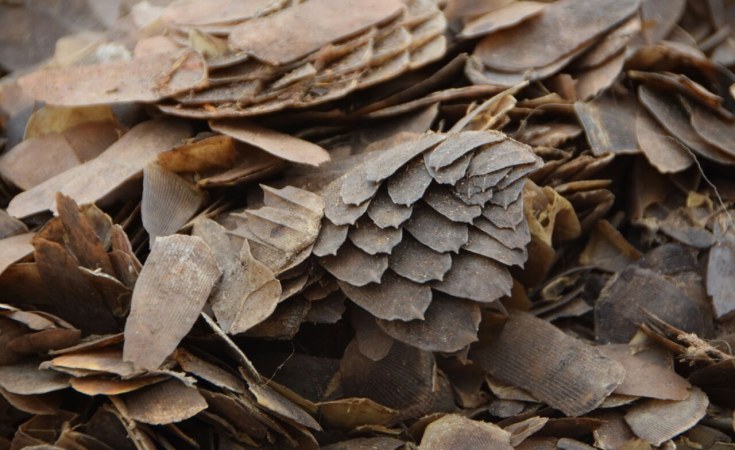 The consumption of wildlife has been banned but many species are still threatened by traditional Chinese medicine.

The outbreak of COVID-19 and its global impact has thrust the illegal wildlife trade into the spotlight. With the origin of the disease linked to a meat market in Wuhan, China, the world was again reminded of the country's taste for wildlife, resulting in calls to end the illegal trade.

In a move that surprised many, China's Parliament made a decision in February 2020 to ban the consumption of wildlife and shut down meat markets. While conservationists were celebrating the news, the Chinese government upgraded pangolins' protection status to Class 1 - the highest level of protection, which pandas also fall under. Pangolin scales were also removed from the country's official list of ingredients approved for use in traditional Chinese medicine.

This is a major step forward in the fight against the illegal wildlife trade, but comes with a notable caveat. Despite the ban on consuming wildlife, many species can still be used for other purposes, such as traditional medicine, ornaments and pets.

Despite China's ban on consuming wildlife, many species can still be used for other purposes

Traditional Chinese medicine is practised throughout Asia and is one of the drivers of the illegal wildlife trade. Endangered species such as rhinos and pangolins have been poached in Africa to supply the rising demand of these products in Asia. According to a 2019 report by ADM Capital Foundation, the illegal wildlife trade has been dominated by demand from the traditional Chinese medicine industry for the past 10 years.

As a US$43.6 billion-per-year industry, traditional medicine enjoys support not only in China but in some 180 countries across the world. Yet there is little proof that the wildlife species used in this medicine have any medicinal benefits at all. This has resulted in numerous controversies by proponents of both traditional Chinese and western medicine.

For example in 2006, Professor Zhang Gongyao, a Chinese philosopher, advocated publicly for the ban of traditional medicine in favour of biomedicine. Gongyao argued that traditional Chinese medicine was a 'pseudoscience and should not be part of public healthcare and research.' Numerous prominent scholars in the field have refuted his findings and the Chinese government promotes traditional medicine as a science.

Despite the apparent conflict, traditional medicine exists alongside Western medical systems in China. The former is used to treat chronic diseases and maintain health while the latter are relied upon for more severe illnesses.

In 2019, the World Health Organization adopted the 11th version of the International Statistical Classification of Diseases and Related Health Problems, which for the first time included a chapter on traditional Chinese medicine. This has drawn sharp criticism from medical practitioners globally calling for tighter regulation of the practice.

Banning all forms of traditional medicine is unlikely to address the illegal wildlife trade. Prohibiting a cultural practice that has been around for centuries is not only fruitless but undoubtedly impossible.

In her book Poached, Rachel Nuwer highlights users' entrenched beliefs and their views on the illegal trade. 'Families have used rhino horn for many generations ... and changing their attitude takes time,' explains Hoài, a business person interviewed in the book. 'If a man believes that a rhino horn can treat his disease, then harm to nature is nothing.'

Double standards such as those shown by the Chinese government's contradictory messages do little to address the problem however. In fact, they create loopholes that are exploited by criminal syndicates involved in the illegal wildlife trade. For example, Chinese animal protection laws do not clearly define which species fall under wildlife and are covered by the ban.

Clear and specific domestic laws are needed that cover endangered species and prohibit the trade and use of these animals for purposes such as traditional Chinese medicine. These laws should be enforced at a local level where traditional medicine is practised. The lack of enforcement and implementation of policies is a continuous challenge in the fight against the illegal wildlife trade.

There is no doubt that traditional Chinese medicine - a healthcare system that has existed for centuries - is here to stay and is expanding throughout the world. However, a respect for cultural beliefs should not come at the expense of the extinction of Africa's biological heritage.