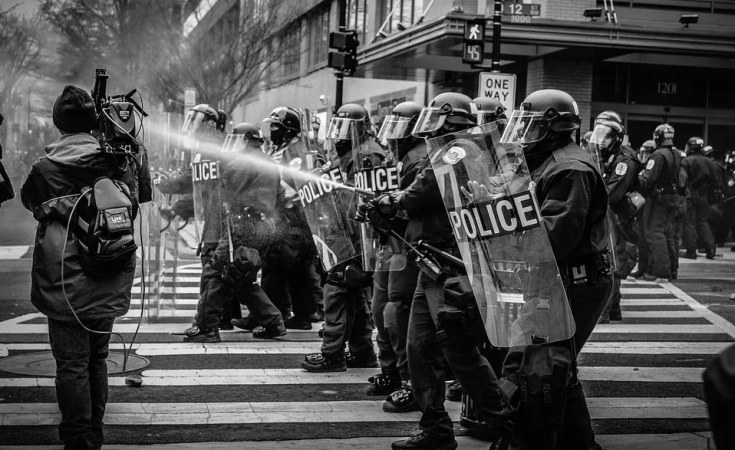 Luanda — At least seventy-one of the 103 demonstrators who were put on trial following the attempt to demonstrate on 24 October were sentenced on Sunday to a month's imprisonment, with sentences converted into fines.

The defence of the convicted defendants, dissatisfied with the ruling, appealed with the suspension of the sentence.

Accordingly, all the defendants were released pending the decision of the Supreme Court.

The trial of these citizens, who participated in an attempt to march, aborted by the police authorities, started on Monday.

A group of 90 men and 13 women were in the dock, accused of "rioting and disobedience" to the authorities, which had made the protest impossible, as a way to avoid mass contamination of Covid-19.

The demonstration was attempted in clear breach of the new Presidential Decree on the Situation of Public Calamity, which restricts street gatherings to five people.

The march, foiled by the National Police, had hundreds of participants, encouraged by civil society activists and members of the UNITA leadership.

Those involved tried to protest against the non-application of a date for local elections and against the lack of employment, as well as to demand better social conditions.

The demonstration attempt was marked by acts of confrontation with police forces, including the throwing of stones and other objects, vandalisation of public goods, road barriers and burning of tyres, resulting in six injured all of them members of the National Police, destruction of the resources of the corporation and of passers-by.

Anti-Government Protesters Plan to Take to Streets on Independence Day