Liberia: 'We Are Just Afraid' 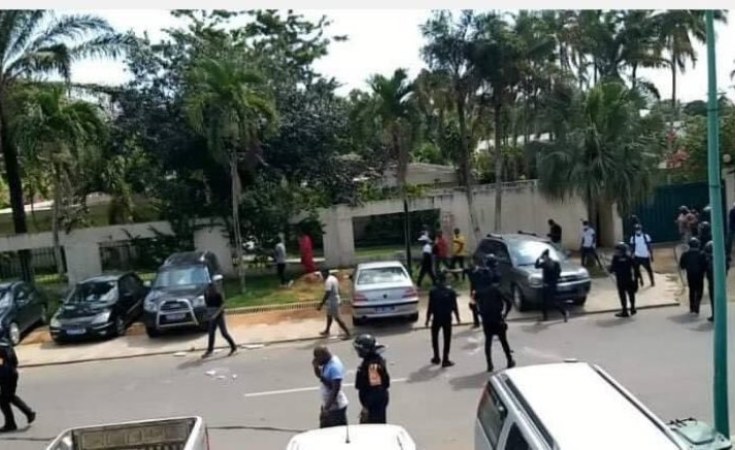 Ivoirian refugees say violence has yet to reach their communities, but they will not wait until that happens before fleeing for their lives.

As it is often said that experience is the best teacher, Ivoirians are no longer waiting to see the political situation in their country escalate to the brink of civil war before taking the necessary precautions. Therefore, with the unfolding political unrest in the Ivory Coast now, more refugees have begun pouring into Liberia into the communities along the border. Their experiences of a nearly identical experience a decade ago remain fresh to this day.

"This election is marred by secret killings in urban areas, especially Abidjan and other cities around Ivory Coast, so we are afraid before it spills over to us," said KouladeKoui Augustin, a family head, who crossed with six children. "This is why we decided to cross into Liberia for refuge until things can calm down. We cannot withstand any violence in our country, because the experiences we got from previous elections were terrible," he added.

Most of those crossing into Liberia are women, children, and elderly people.

A 69-year old woman who also crossed over to Liberia recounted that during the 2010 election violence, she lost two of her family members, therefore, she moved to Liberia this time to avoid being a victim of violence again.

"The 2010 election violence, I did not leave Ivory Coast and in the violence, I lost some of my family members. So, I cannot wait anymore to go through a terrible situation," she said.

In Nimba County, there is a huge presence of refugees in the Kparblee Administrative District, predominantly of the Kruah ethnic group.

Many of them are toting their personal belonging, including mattresses, clothes and some household materials. Some even some brought with them their cattle, while others hurriedly came with nothing.

Nearly all the Kparblee towns, including Blehwalay, Leoblee, Dobuzon, Kahlay, and Kparblee, and even as far as New Yourpea, are holding some numbers of refugees, with people still coming daily.

The refugees did not account for any incident of violence in their respective communities, but are afraid and decided to take precautionary measures ahead of what could happen.

The total Ivorians who have crossed to Liberia are yet to be known, but some local authorities put the number to close to 1,000. The Liberia Immigration Service, up to Sunday, November 1, 2020, had recorded over 150 family heads.

Tracking officers of the Liberia Refugees Repatriation Resettlement and Reintegration Commission (LRRRC), who are at the border, declined to share with this reporter the numbers of refugees that they have recorded on the ground.

All those who this reporter spoke to explained the same thing -- fear of violence, saying, "no fighting in our areas, we are just afraid."

"Imagine, this is a harvest season and we are leaving everything to come here all because we are all afraid," said an 84-year old man, only identified as Francios.

"Every day, we see a huge movement of military hardware," a mother of four added.

In Kparblee Town, this refugee family is calling on Liberian authorities for aid.

However, the local leaders in the host communities have called on the government and its partners to come to the aid of people fleeing from violence to help reduce the stress of food and lodging.

"We have about nine hand pumps in Kparblee, but only one is functioning, as you can see from the number of people drawing water from this pump," said Town Chief David Paye. "Due to the influx of refugees, we are anticipating some of them to use the school campus for shelter, but it is not still safe because the windows do not have screens to prevent mosquitoes."

Henry Kwity, Town Chief of Blehwalay, says: "Our first concern now is the water situation. Most of the refugees came without anything to eat."

One major problem that is likely to affect the refugees is the bad road condition between Ganta and the Ivoririan border because, if these roads are rehabilitated, aid packages will certainly reach them on time. The road leading to Buutuo is very bad as compared to the one from Graie to Kparblee.

Amnesty Decries Cote d'Ivoire Opposition Leader Crackdown
Tagged:
Copyright © 2020 Liberian Observer. All rights reserved. Distributed by AllAfrica Global Media (allAfrica.com). To contact the copyright holder directly for corrections — or for permission to republish or make other authorized use of this material, click here.