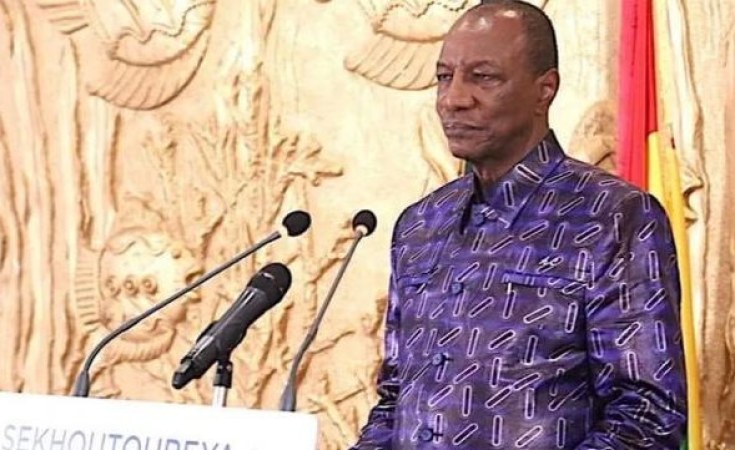 These two countries offer clear examples of how easily institutional principles underpinning democracy can be manipulated in the interests of those in power.

It was not so long ago that West Africa appeared close to setting a region-wide limit of two consecutive presidential terms of office, as a major testament to its vibrant multi-party political culture, diverse media, and almost universal adherence to the fundamentals of genuine political choice.

As the Economic Community of West African States (ECOWAS) became increasingly confident and professional in monitoring electoral registers and the other technical essentials of democracy, the underlying resilience of West African political pluralism came to the fore - but now an outbreak of presidential 'third-termism' is putting all that progress at risk.

Through a much-criticised referendum, Guinea's constitutional rules were successfully changed by its president Alpha Condé so he could seek a third successive stint in power - and with a longer term of six years instead of five. His subsequent election win was marred by a contest that saw his main challenger Cellou Dalein Diallo blocked from campaigning in some regions, and opposition representatives in the electoral commission have disputed the official results.

Condé is a veteran of African politics, having long been a prominent opponent of the 24-year rule of General Lansana Conté and serving prison time for his efforts. It took him until the age of 72 to finally secure power via the presidential election of 2010 - the first genuinely democratic contest after 52 years of mostly authoritarian and often brutal rule.

After decades of trauma, this was a major advance for a country long trapped outside the mainstream of West Africa's political evolution and - despite identity politics and clashes between protesters and security forces marring his victory - Condé had the opportunity to become the father of Guinea's democratic reconstruction.

He did start to reform the brutal military machine and oversaw reforms to gradually put the economy on a stable track, bring transparency to public finances, and strengthen oversight of the mining sector. Re-election for a second term in 2015 proved relatively uncontentious and routine.

But his ambition for a third stint became increasingly clear, causing tensions to rise, and civil society groups reported a deterioration in the state's respect for human rights. Despite an ECOWAS-led clean-up of the electoral roll, the declaration of a comfortable first round victory for Condé this time around came as a surprise to no one.

Now in neighbouring Côte d'Ivoire, Alassane Ouattara is strong favourite to win his own third term as president in a contest that is no less contentious, because he had promised to stand down to make way for a new generation but changed his mind after the sudden death in July of his hand-picked successor Amadou Gon Coulibaly.

Ouattara also came to power as a champion of democracy, having been excluded from successive presidential polls in the 1990s and seeing his UN-certified victory in the 2010 poll denied by the then-incumbent Laurent Gbagbo.

He was only installed as president after a hugely destructive civil war, promising transparency and the rule of law, and he built an international reputation as a statesman and economic reformer - all of which is put in jeopardy by his sudden change of heart and run for a third term.

The president insists he is allowed to seek office again because a new constitution in 2016 effectively 'restarted the clock' - a view not shared by the two leading opposition candidates, Pascal Affi N'Guessan and former president Henri Konan Bédié, who threatened to boycott the contest and leave only the independent Kouadio Konan Bertin to mount a rather optimistic challenge.

The consequences of such moves in these two countries could be serious as political stability could suffer, notably around generational political tensions in a region whose populations are overwhelmingly youthful - whereas Ouattara is now 78 and Condé is 82. In Guinea especially, opposition politicians have often been the targets of violent intimidation, and security forces still frequently resort to excessive force in controlling protest.

More importantly, the emerging regional norm of adherence to term limits is being threatened, just as peak election season in West Africa is imminent. Further presidential contests are to follow in Burkina Faso, Ghana, and Niger before the year is out, although these are not marked by third term issues, as President Mahamadou Issoufou of Niger is dutifully standing down after two periods in office, while both Ghana and Burkina Faso are led by first-term presidents.

But the leaders and the opposition in several politically fragile and fractured societies, such as The Gambia, Togo, and Mali, will be watching the fate of these clearly stumbling - if not yet quite fallen - models of West African democracy.

'We Are Just Afraid'

Amnesty Decries Cote d'Ivoire Opposition Leader Crackdown
Tagged:
Copyright © 2020 Chatham House. All rights reserved. Distributed by AllAfrica Global Media (allAfrica.com). To contact the copyright holder directly for corrections — or for permission to republish or make other authorized use of this material, click here.