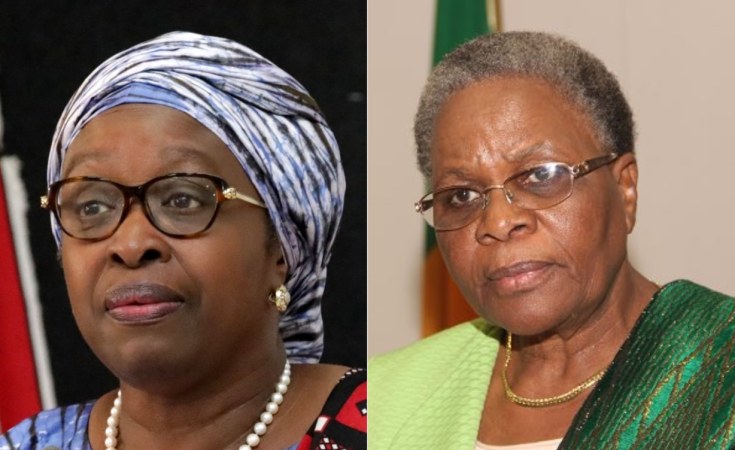 Geneva/Windhoek — While much of the world has been mesmerized by the United States election amid an out-of-control pandemic, the African Union (AU) special envoy @AUBinetaDiop has been thinking about peace. She is coordinating the 10-12 November Virtual Forum on Women, Peace and Security (WPS), whose focus is enhancing "the synergy of actions and accountability in the delivery of the WPS Agenda in Africa", making United Nations Resolution 1325 more effective. Register for the forum, scheduled to begin at 12:30pm East African Time on the three days.

The AU forum on women, peace and security is 10-12 November.

Enacted by the UN Security Council, 1325 calls for women's "equal participation and full involvement in all efforts for the maintenance and promotion of peace and security". The resolution's 20th anniversary was marked on 29 October. On that day, AllAfrica hosted conversations between Bineta Diop and two veterans of women's peacebuilding efforts, Namibia's Deputy Prime Minister and Minister of International Relations and Cooperation Netumbo Nandi-Ndaitwah @Netumbondaitwah and Liberian Nobel Peace Laureate Leemah Gbowee @LeymahRGbowee.

The first part of Diop's conversation with Nandi-Ndaitwah is characterized by the warmth and familiarity of pioneers in the pursuit of peace. [Part two, and the discussion with Leemah Gbowee, will follow.]

AllAfrica: Envoy Diop, you founded Femmes Africa Solidarité and appear on lists of the world's most influential women. Thank you for organizing this discussion on the significance of Resolution 1325 – what it has accomplished and how to implement it more fully. Deputy Deputy Prime Minister Nandi-Ndaitwah, thank you for making time on your birthday. Namibia chaired the Security Council twenty years ago when the resolution was passed – and that achievement was preceded by a meeting in the Namibian capital called the Windhoek Declaration, which pushed for global commitment to women's equal participation in peacebuilding in a submission to the Security Council. [Another Windhoek Declaration, in 1991, was a statement of press freedom principles by African journalists.]

Diop: Thank you so much to AllAfrica for attention to the topic of women, peace and security and for making sure that I have this conversation with the Deputy Prime Minister of Namibia, who I call my dear sister. Happy birthday! Your birthday is on the day marking the anniversary of 1325. What a coincidence.

Ndaitwah: And the Nagoya Protocol was adopted on the 29th October in Nagoya. I was there at 12 [midnight], and the foreign minister of Japan said, "What a birthday gift for minister from Namibia!" [The Nagoya Protocol – an agreement to share the benefits of the planet's biodiversity resources – was adopted on 29 October 2010 in Nagoya, Japan. It has been ratified by 127 United Nations member states and the European Union. Proponents see preserving and sharing the genetic diversity of plants, animals and microorganisms as an important tool for human survival.]

Diop: Those are dates that we will never forget - part of our lives, Madam Deputy Prime Minister. It is good having you with us today. Thank you for making the time, especially on your birthday - but your birthday comes at an important time for women and for Africa. I should say that you have also been Namibian minister of women's affairs, during the Windhoek Declaration meeting in 2000 [promoting women's full participation in peace and security efforts], which is something we want to discuss with you.

It is for us an important day. It is the anniversary of 1325, and I am sure you will talk about why this [initiative] is born in the soil of Namibia, the soil of Africa. Resolution 1325 is important to us as women, especially on the continent. Even before 1325, we have been in Liberia, in Sierra Leone, in DRC [Democratic Republic of Congo] and other countries of conflict to make sure the voices of women are being heard. We were part of making sure that women were part of the landmark resolution.

Africa is also celebrating. Africa has experienced a lot of conflict, and we need this mechanism, which is making sure that women's rights are protected and that women are participating in peace negotiations. We owe it to Africa, we owe it to Namibia and we owe it to you, as one of the people we look to as a model. We don't have many women leaders in the position where you are. We need many of you.

Ndaitwah: Thank you very much, Madam Diop.  I fully agree with you. Women of Africa have been always connecting peace and development. The mother does everything possible to make peace in the family. That same skill must be brought to public life. Otherwise conflicts will continue and peace cannot be sustained.

Women of Africa work together under very difficult conditions. The first woman [prime] minister of Rwanda, a young lady, may her soul rest in peace, Agathe Uwilingiyimana, talked to some of us, concerned about peace in her country.  You remember, Mongella was there. We held a conference on women and peace in Rwanda, and that was followed by organizing a group of African women who went to Liberia, as you said. [Agathe Uwilingiyimana was killed in Rwanda's genocide, alongside ten Belgian soldiers sent to protect her, when she resisted her government's extremist elements. Gertrude Ibengwe Mongella was the first president of the Pan-African Parliament, Tanzania's Representative to the Commission on the Status of Women, and UN Assistant Secretary General and a member of the World Health Organization's reproductive health task force.]

Where women are involved, progress towards peace has been more sustained.

Now in Namibia, when we were celebrating the anniversary of Unctag (United Nations Peacekeeping), we organized that workshop about mainstreaming gender into the whole peace process. We did this based on our experience.

Our independence came through the liberation struggle [against South African apartheid rule], but there were negotiations involved, and women participated. Our first Deputy Prime Minister, Libertina Amathila, was part of our negotiation team. When we went to Geneva for the pre-implementation talks, I was also in that delegation - and many others. That taught us that women can play a role - not just as victims. That is what has led us to where we are.

Resolution 1325 is not fully embraced. We are still far to reach where we want to reach. But we have learned that where women are involved, progress has been seen and been more sustained. That's very important for people to note. 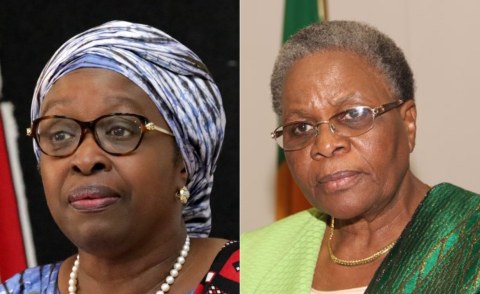 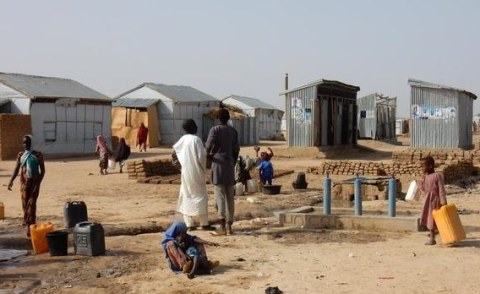 Africa Cannot Silence The Guns If Women Are Excluded
Tagged:
Copyright © 2020 allAfrica.com. All rights reserved. Distributed by AllAfrica Global Media (allAfrica.com). To contact the copyright holder directly for corrections — or for permission to republish or make other authorized use of this material, click here.