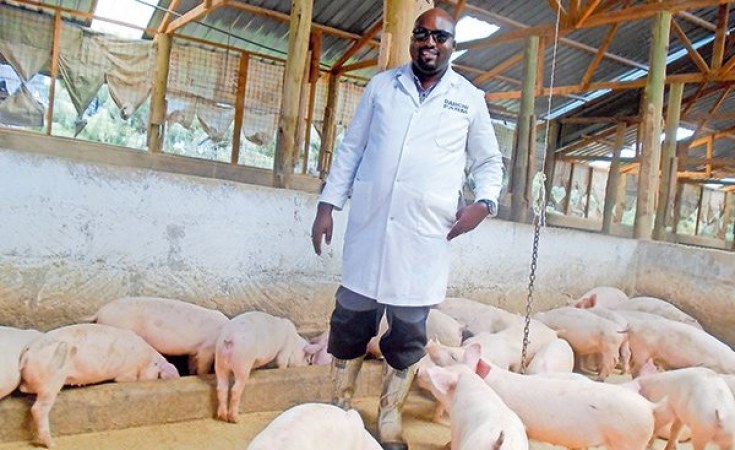 The swine erysipelas has killed 379 pigs, or 0.67 per cent of 56,706 pig population in the three affected districts of Rwamagana, Kicukiro and Gasabo District, according to statistics from Rwanda Agriculture and Animal Resources Development Board (RAB).

The first case of the highly infectious bacterial illness - locally known as 'Ruje y'ingurube' - that mainly stems from poor hygiene (on the farm) was reported on October 21 in Nzige Sector, Rwamagana District of Eastern Province), RAB said. It was later identified in Kicukiro and Gasabo District in City of Kigali.

Solange Uwituze, Deputy Director-General of Animal Research and Technology Transfer at Rwanda Agricultural Board (RAB) told The New Times that in line with the response to the disease, RAB has completed its mapping, completed the lab work [for the test to confirm the disease], and is launching a campaign against it from November 10 (today).

"In collaboration with districts, the campaign will consist of treatment of affected animals after isolation, awareness-raising about prevention measures and subscription of farmers to the GOR-sponsored animal insurance scheme in which pig insurance is subsidized," she said.

She indicated that farmers will pay for medicines, but vet services will be free, adding that the campaign will last for 10 days followed by regular close follow up.

One of the affected farmers told The New Times that the delays in identifying the disease is one of the factors to blame for the loss of his pigs. He said that he had 40 pigs, six of which have succumbed to the disease.

"I have so far lost six pigs to the disease, and half of the remaining ones are suffering from it," he said, preferring anonymity as he did not want his name to appear in the media.

He said that he was considering buying insurance policy for his farmed animals.

About the disease, and how to control it

In a statement it issued on Saturday, November 7, RAB said that the infectious disease causes red lesions on the skin, fever (41.1°C to 42.8°C), loss of appetite, difficulties in breathing and walking, and it kills them if not treated on time.

RAB says that the meat of the pig died from the disease should not be eaten, rather, its carcass should be buried.

The disease can occur in any farm where hygienic conditions are not respected or if there is an infected pig introduced into the pig herd, according to information from RAB.

Among measures to tackle the disease, RAB urged farmers to quarantine the affected pigs, and those suspected of having contracted the disease, as well as report the cases to veterinarians for timely treatment.

Others are to ensure hygiene on farms through using the recommended disinfectant based on advice from veterinarians, and to stop roaming pigs in the wild.

The recent outbreak of the disease occurred in Gisagara District in 2019, where it claimed over 100 pigs in less than a month - between July 20 and August 10 - as per data from RAB.

There are 1.38 million pigs in Rwanda, as per the statistics from RAB.