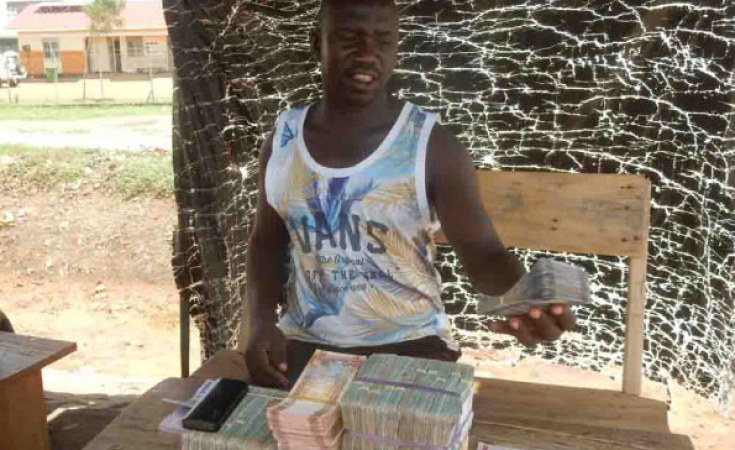 Juba — South Sudan's Central Bank says it will tighten the country's monetary policy to mitigate the rapid depreciation of the South Sudanese Pound against the US dollar.

In an extraordinary meeting chaired by the newly appointed governor on Friday, Dier Tong said the institution's Monetary Policy Committee made five resolutions aimed at tackling the devaluation.

Addressing members of the press in Juba, he expressed hopes that the new policies introduced by the central bank will mitigate the current hyperinflation.

"Among the policies agreed upon by the committee is the increment of bank interest rate to 15 per cent...The increment of the bank's reserve requirement rate for commercial banks and cash reserve ratio to 20 per cent. The body also said it will introduce its own bills to manage liquidity," said Dier.

Dier, who was reappointed over the weekend, went on say that the committee had to hold an emergency meeting in order to debate the backdrop of rapid depreciation of the South Sudanese Pound.

"The Monetary Policy Committee noted that the economy is severally battered by shocks brought about by Covid-19 pandemic, low oil prices, which has led to considerable fiscal imbalances and constrained financial performance, particularly the banking sector," he added.

The country's currency has been depreciating drastically following a drop of the country's oil revenues and irregularities in the collection of non-oil revenue.

Consumers have complained of a sharp rise in the price of basic commodities while traders have also raised concerns over their inability to access hard currency for importing goods.

Last month, South Sudan's Council of Ministers opted to change the currency in an attempt to bring back hoarded cash that it claims is aiding the decline of the economy. However, the move is still being debated by a select committee.

In August this year, Central Bank's Second Deputy governor, Daniel Kech Pouch, admitted that the financial institution had run out of foreign reserves, a claim that was later revoked by the then governor, Jamal Abdallah Wani.

The same month, the minister of Trade and Industry said there is nothing the government can do to stop the local currency from losing value.

South Sudan's economy has been devastated by several factors since its independence in 2011.

Years of civil war, a drop in global oil prices, and the Covid-19 pandemic have brought the young, fragile economy to its knees.

Before the conflict and the Covid-19, South Sudan was drilling over 250,000 barrels of crude oil per day, which has now dropped to 180,000 barrels per day.

The reports come weeks after President Salva Kiir sacked his Finance and Economic Planning Minister, as well as top officials in the country's revenue and oil management offices in sweeping changes.

The sacking comes days after a prominent civil society activist called on him to suspend heads of revenue-generating institutions implicated in corruption.

In September this year, the Economic Crisis Management Committee recommended to the President the removal of the Director-General of Customs Service, Major General Ayii Akol, after his juniors accused him of graft.

The committee said also it discovered that $3.1 million was missing at the Directorate of Nationalities Passport and Immigration.