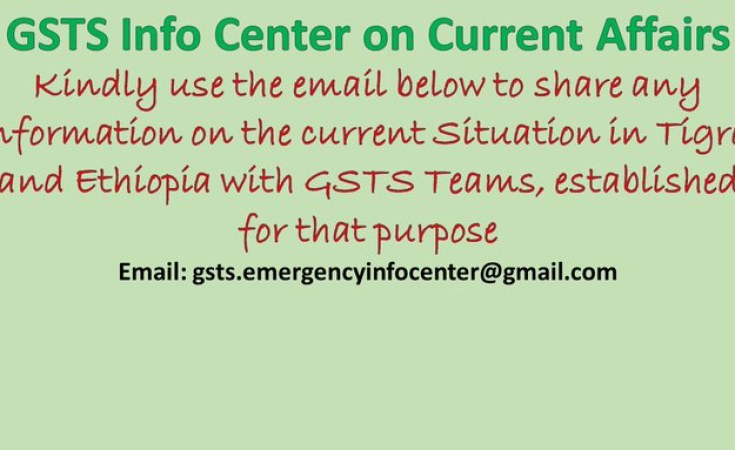 On the early hours of November 4, 2020, the Federal Government, led by Prime Minister Abiy Ahmed, has declared war on Tigrai and its people for conducting its regional election in accordance to the national constitution in defiance of the Federal Government that has postponed national election indefinitely with the pretext of the COVID-19 pandemic. Alarmingly, the government has taken, as part of the war, unprecedented steps of cutting off all public services including ground transportation, flights, telecommunications, internet, banking services and electric power throughout the Tigrai region, a home to nearly seven million people- basically suffocating the people, in effect that could be labelled as the initial stage of ethnic cleansing.

The Region has been put in a chokehold through restrictions of essential supplies of food, medicines, fuel and other life-sustaining commodities. Now, the war has intensified on many fronts surrounding Tigrai. Sadly, in violation of international law and recent peace rapprochement, the Eritrean forces have also joined the Federal Government's forces in the fighting, aimed at crushing the regional state of Tigrai and its people with a long­ term consequence.

As reported by many international media outlets, the Federal Government has intensified airstrikes against its own people in the outskirts of the capital, Mekelle and several other towns of Tigrai, endangering the safety and livelihoods of civilians that could lead to starvation and displacements of millions.

Shockingly, as per the latest reports confirmed by the international community, thousands of Tigraians in Ethiopia residing outside Tigrai are being targeted. The ongoing mass detention of thousands of Tigraians serving in the security, army, police and intelligence; mass dismissal of public servants in banking, foreign affairs, aviation and other sectors, and expropriation of Tigraians' properties, solely for their identity, constitute signs of the first phase of a state-led ethnic cleansing. Such irresponsible and dangerous acts may lead to extensive pogrom against Tigraians and grave humanitarian crisis of unparalleled proportions in Ethiopia.

As healthcare professionals and leaders, we are extremely worried about the safety of millions of people, who are currently stranded in the war zone without access to essential supplies. Impact of war on health extends far beyond the battlefield into the lives of communities, often with devastating consequences that include collapse of the health system, lack of access to medicines, acute shortage of food-leading to hunger, and a strain on physical and mental health of both children and adults.

The war has already impacted large segments of the population, affected by HIV/AIDS, TB and Malaria, who are now deprived of access to life-saving medicines, donated by the global community. It has also affected more than 600,000 (10°/o of the population) people who rely on safety-net program, supported by the international community. It has to be noted that this war is happening amidst of extensive locust invasion and COVID-19 pandemic in the region. We strongly stress that if this war continues, all the socio-economic and health gains of the past three decades in the Region and eventually in the country will be reversed rapidly.

Therefore, a declaration of an all-out and massive military invasion by one's own government in this context is thus deeply troubling. Unless this madness is stopped, there will be serious consequences on the population with sharp rises in communicable diseases and preventable childhood diseases due to lack of vaccines and hygiene, resulting in substantial rise in maternal and neonatal mortality. Recent conflicts in other countries such as the 1994 Rwanda genocide, the breakdown and aftermath of Yugoslavia, and most recently - Syria, South Sudan, Iraq, Somalia, DRC, and Yemen are glaring examples and stark reminders.

Therefore, the Health group of the Global Society of Tigrai Scholars (GSTS) hereby calls on the international community to take the following as immediate actions:

1. Ensure the rights of civilians to access basic health services, food and shelter

2. Make efforts for immediate cease-fire of all forms of hostilities and commence all­ inclusive national dialogue for a peaceful resolution of the crisis, free movement of people and essential supplies to the affected communities.

4. Help establish alternative lifeline humanitarian corridors through Sudan for the immediate delivery of food, emergency medical supplies and other essential resources to the millions of people in the Tigrai region.

6. Prevail on the federal government to release all recently arrested Tigraian service men and women; stop targeting and profiling; and return all Tigraians dismissed from their services because of their ethnic origin.

Thousands Flee to Sudan as Ethiopia's Tigray Conflict Escalates
Tagged:
Copyright © 2020 Global Society of Tigrai Scholars. All rights reserved. Distributed by AllAfrica Global Media (allAfrica.com). To contact the copyright holder directly for corrections — or for permission to republish or make other authorized use of this material, click here.