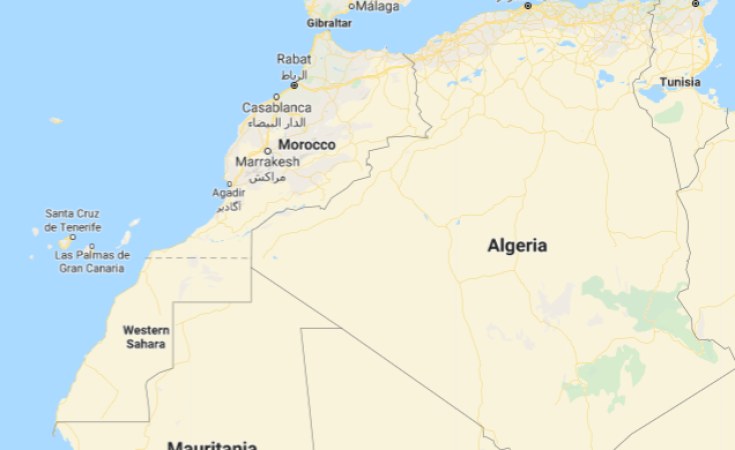 Last week, while most of the world was focused on our election and the pending results, a very significant action was taking place halfway around the world in Western Sahara.

Simply put, Morocco chose that time – likely purposely – to threaten to push back on protests by Western Saharans on their own land.

This seems simple, but you have to remember how we got here, and why the status of the Sahrawi people is still in question and what we need to do to create a lasting solution.

So how we got here: as West Africa was being decolonized, Western Sahara was clear and declared itself an independent nation, despite Morocco attempting to claim it as a territory.

In 1966, the U.N. General Assembly resolution agreed that a referendum of self-determination should be held. Spain, Morocco, everyone agreed, and planned to hold one in 1975.

Self-determination. Merely letting the Sahrawi people decide, for themselves the “imperative principle of action” – the right to judge for themselves to be independent or be part of Morocco.

This was just the first promise of a referendum. To date, none have been kept.

An International Court of Justice opinion from 1975 also agreed that Morocco did not have sovereignty over the land and that a referendum of self-determination should be held.

That was the second promise.

Morocco maintained its unlawful claim to Western Sahara, and after decolonization, attempted to annex the territory with force.

Western Sahara – officially the Sahrawi Arab Democratic Republic, through the Polisario, defended their rights and land.

After more than a decade of violence from Morocco, the United Nations finally intervened in 1991 and both sides agreed to a cease-fire and a path forward.

Called “the Settlement Plan,” it solidified that Morocco and Western Sahara agreed to hold a referendum and created the United Nations Mission for the Referendum in Western Sahara (MINURSO).

For those keeping track – that was the third promise. And, it’s worth noting that the U.N. regularly reaffirms the 1991 commitment to a referendum for self-determination.

The planned referendum in 1992 never took place and the process stalled, though the ceasefire held – Morocco just wouldn’t hold up its end of the bargain.

The most notable – the Houston Agreement – was signed by Morocco and Western Sahara and recommitted to the referendum of self-determination, planned for 1998 – the fourth time.

Morocco, recognizing they would likely lose a vote, quickly tanked all negotiations the next year by declaring they would never accept a referendum that included independence as an outcome, despite years of promises otherwise.

It’s been called a “frozen conflict” – where no outcome exists, yet there is no perceived active conflict. It makes it easy for the rest of the world to forget about it.

But to call this a “frozen conflict” makes it seem harmless, when the reality is that it is anything but that.

Tens and tens of thousands of Sahrawi live in refugee camps, primarily in Tindoof, Algeria. They have been forced from their homes, waiting for a resolution.

Allowing this process to stall has cost them a generation of freedom.

I’ve been to those camps many times – as recently as 2019 – where I saw clearly their persistence and hope.

Beyond denying the Sahrawi people their right to freedom and self-determination, the government of Morocco is trying to steal and pillage as much as possible from the land they have unlawfully claimed.

They are stealing their natural resources, unlawfully mining and selling valuable critical minerals – specifically phosphate. They are illegally fishing in Western Sahara’s waters.

And what does Morocco do with these riches? Pay millions of dollars each year to lobbyists in Washington. Their goal? To convince the world they are innocent and demonize the Sahrawi people.

The Moroccans believe that they can wait out the rest of the world. They want us to forget about the human rights of the Sahrawis.

They know a “frozen conflict” benefits them and hurts the cause of independence. They also know they can push the boundaries of what is acceptable.

That’s how we got to this point – where just a few weeks ago, while the people of Western Sahara were peacefully protesting in the Guerguerat region.

As you can clearly see in this map, the Guerguerat is located in the southwest -  between Mauritania and Western Sahara and far from the border with Morocco.

But Morocco has repeatedly attempted to use a road in this region to transport goods in violation of the U.N. ceasefire agreement.

It was this illegal use of the territory that the Western Saharans were peacefully protesting.

Rather than recognizing their right to protest, Morocco has once again raised a call to arms and is threatening to crushing these legitimate protests.

King Mohammed of Morocco said just this past weekend: “Morocco will not waiver in its position.” We’re also hearing concerning reports that he’s sending military forces to the region as well in a clear escalation.

This isn’t a new problem – Morocco has been trying to illegally use the Guerguerat issue for too long.

This is concerning for two reasons.

The first is simple – Morocco is escalating this situation again to claim more and more land, resources and rights that they have no lawful claim to – and they know it too.

In 2017, the U.S. was encouraging the U.N. to send a technical team to the Guerguerat. Western Sahara welcomed this. Morocco blocked it because they didn’t want to be exposed.

The second is that no one else – no one around the world is raising the cause for alarm.

Where is the United Nations? They are charged with enforcing the 1991 cease-fire agreement – yet they are nowhere, as they have been silently tolerating Morocco’s abuses for years.

That’s why the time is now to move this from a frozen conflict and force Morocco to live up to their agreement of nearly 30 years and hold the referendum.

Not in a year, not in three years – we need to take steps to hold the referendum for self-determination now.

Morocco is escalating and, left unchecked, they are going to keep their escalation going. The result would be inevitable. We would risk to turning back to the times of open conflict.

The U.N. needs to step up now and enforce their agreement and the world needs to prove we all stand for our values of freedom and democracy by extending those values to the Sahrawis. They have waited long enough.

Everyone is in agreement – on our side we have the African Union, which is comprised of 55 member states.

So the rest of the world is on our side. Who does Morocco have? Paid lobbyists.

Some of the lobbyists Morocco has employed: JPC Strategies, Thirdcircle, Neale Creek - averaging over a $1 million each year.

I made that clear when I testified before a House committee in 2005 about this issue. This has stalled because there is just no money on our side - Morocco has it all.

Then – and here is the key part – they need to enforce the 1991 cease-fire agreement. This will restore good faith with all parties that can then make real progress to reaching a referendum of self-determination.

Previous Story
Tagged:
Copyright © 2020 United States Senate. All rights reserved. Distributed by AllAfrica Global Media (allAfrica.com). To contact the copyright holder directly for corrections — or for permission to republish or make other authorized use of this material, click here.