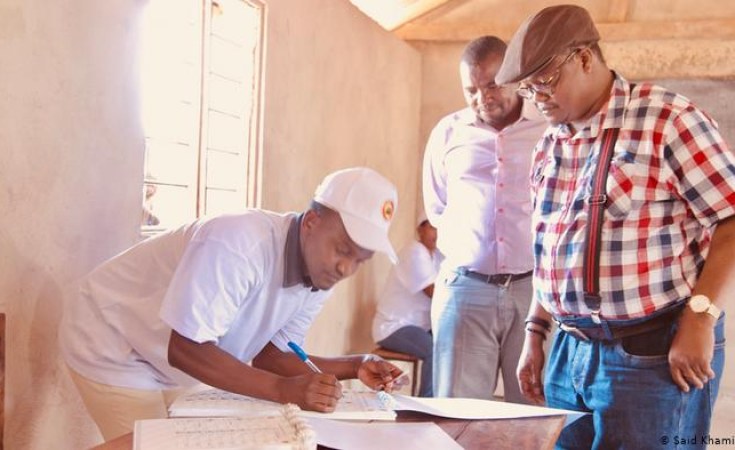 After seeking protection in the German Embassy, Lissu has left for Brussels with the help of Western diplomats. He told DW that threats against him have increased after he challenged John Magufuli for the presidency.

Opposition leader and presidential candidate Tundu Lissu has left Tanzania. He lost his country's October presidential polls to incumbent John Magufuli in what he says was a rigged election with voter intimidation and corruption.

Lissu had sought asylum in the German Embassy in Dar es Salaam, fearing for his life, and had been there since Saturday.

Moments before his flight departed for Brussels on Tuesday, Lissu spoke with DW, saying: "For a week now, diplomats from Germany, Belgium, the United States and other countries have negotiated with the Tanzanian government to allow me to leave the country safely. And it is their efforts that have allowed me to leave today."

Lissu, who has lived with severe injuries since surviving a 2017 assassination attempt, said: "The threats against me kept increasing after the Tanzanian presidential election and I decided to leave the country."

'I am not a refugee'

Asked if he sees himself as an asylum seeker, Lissu tells DW: "I am leaving my country as a free citizen. I am not a refugee. I have not asked any country for asylum. I am going to Belgium because -- as you may know -- after living there for three years during my therapy, I attained legal resident status. I am not going to Belgium as a refugee, but rather returning as a resident."

Speaking of his future as the leader of Tanzania's opposition, Lissu says: "I am also going to Europe with a political mission. I want to speak with the international community about what happened during the recent election, and what it means for Tanzania and the rest of the world."

Observers say that on top of intimidation and internet blackouts, Tanzania's election exhibited voting patterns suggesting large scale corruption. Lissu won 12.8% of the electoral vote against John Magufuli's 84%. He has asked the international community to refuse recognition of the election results.