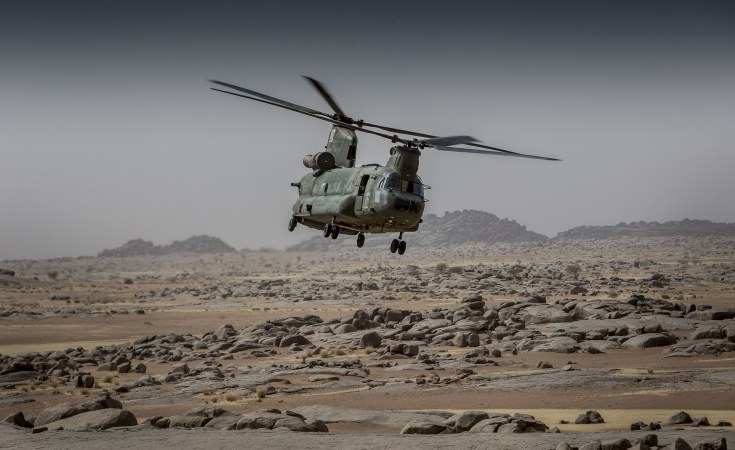 Disputed elections in the Ivory Coast and Guinea, violence in Nigeria: many West Africans hope for foreign support, but the European Union has kept itself at a distance. Publicly, at least.

Ivory Coast President Alassane Ouattara should not have even been on the ballot. But the already two-term leader wanted a third stint in office, and through a legal loophole, Ouattara stood for re-election. Despite bitter opposition and risking peace in the Ivory Coast, the ploy worked. The Ivorian election commission said Ouattara won a staggering 94% of the vote, boycotted by the opposition.

Ivory Coast's political crisis is far from over. The opposition has refused to recognize the election results, and violent protests have already resulted in deaths.

The European Union has hardly reacted. The powerful bloc said it had taken note of the results, according to foreign minister Joseph Borrel. "The EU expects all parties involved to contribute to calming the situation and resuming dialogue," Borrel said rather pleadingly while urging "reconciliation through concrete measures."

Words of warning, but no action

If the EU's inaction seems familiar, it's because it is. In 2020, Guinea's 83-year-old President, Alpha Conde, had the nation's constitution changed, stood for election, and won. There too, violent protests and accusations of voting manipulation were rife. But Brussels had only words of warning for Guinea even though the election's credibility was in question.

Events in Nigeria have received similar treatment. The government is under increasing pressure as primarily young people led mass protests against suppression, police violence, and state corruption. Police have responded brutally, leaving at least 12 people dead so far. And still, the EU has remained silent.

Many people in affected West African countries are dismayed at the EU's apparent passivity. "This indifference shows the international community doesn't want to get involved beyond a certain point," says Ramadan Diallo, a political scientist at the University of Sonfonia-Conakry in Guinea.

"We will have to resort more to regional resources to solve our problems. We can't expect anything from this international bloc, based on the EU's current attitude," Diallo told DW.

The EU does get involved in African crises, counters Robert Kappel, a scholar specializing in economy and politics in Africa. He points to training programs for local and regional military forces in Mali. The EU also backs a regional unit hoping to defeat extremists in the Sahel, he says.

According to Kappel, the EU is publicly shying away from the disputed election in the Ivory Coast for a simple reason. "The EU entrusts regional authorities such as ECOWAS to solve the crisis," Kappel told DW.

ECOWAS has intervened in numerous political crises in West Africa, such as in Mali in 2013 and The Gambia in 2017. The EU intervening in Africa is no longer constructive, Kappel says. For example, some African governments see the International Criminal Court as an instrument to preserve Western and European interests on the continent.

EU working behind the scenes?

"The EU is one of the decisive actors in mediation efforts between the government and the opposition," Schöne said. "In fact, ambassadors from several EU member states have been active in talks with the Ivorian government," Schöne told DW.

The EU Commission and other member states have issued a rare foreign policy statement on the situation. The EU also sent election observers, but due to the coronavirus pandemic, the mission was considerably smaller than in other elections.

Schöne said the EU finances substantial reports on the elections and peacekeeping missions. Still, the EU wants to stay out of internal conflicts and avoid taking sides as a Western power.

This is a policy change the EU seems keen on embracing. In March, the EU Commission introduced a new Africa Strategy. It referenced peace and security on the African continent. The strategy requires an equal partnership, Robert Kappel said. African governments will have to take more responsibility.

The EU's new approach is urgently needed, according to Kappel, because for Africa to achieve peace and safeguard democracy, African institutions need to be strengthened.

This article was originally written in German.