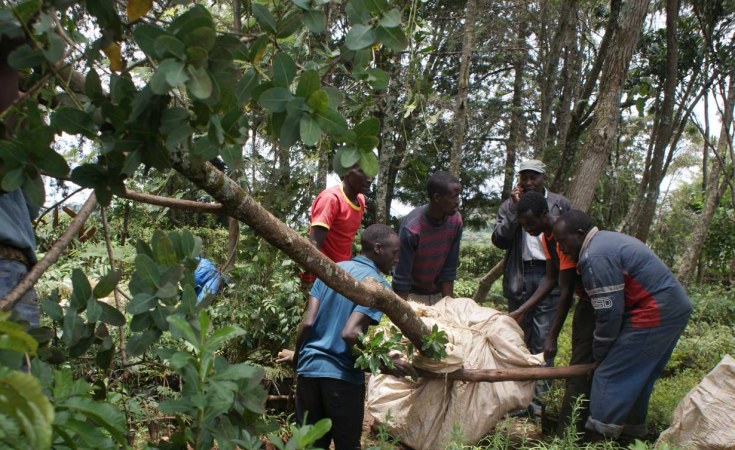 Nairobi Metropolitan Service (NMS) boss, General Mohamed Badi on Wednesday said the iconic fig tree that had been earmarked for felling to pave way for the JKIA-Westlands expressway will neither be relocated nor cut down.

Badi, who visited the site of the tree at the Waiyaki Way-Mpaka Road Junction, said President Uhuru Kenyatta had issued a Declaration of Conservation of the Tree.

"The iconic fig tree at the Waiyaki Way-Mpaka Road Junction, NMS on behalf of H. E. The President, NMS has issued a Declaration of Conservation of the Tree. First of many to follow as we strive to ensure Nairobi grows in her status, Green City in the Sun," said Badi.

He added that NMS had outlined measures on planting of more trees to replace those cut down to pave way for the expressway and increase green spaces.

"The specific purpose of me coming here is to assure members of the public and all the concerned groups that this tree will be preserved... whatever that's going to happen here will not touch this tree," he added.

Adding, "We have plans in place to create new neighborhood parks within our residential estates for the community to enjoy recreational spaces close to their homes. River regeneration activities will also be an ongoing initiative as to reclaim riparian reserves."

The fig tree is almost a century old, its arched branches forming a giant canopy, and has served as a landmark for generations of Kenyans in the bustling commercial neighborhood of Westlands.

A cross section of Kenyans and conservations had expressed outrage that the highway builders had already cut down dozens of trees along the route that will also cut through Uhuru Park.

Last month, Kenya National Highways Authority (KeNHA) had said the magnificent tree that stands at the junction of Mpaka Road and Waiyaki Way will find a new home.

According to KeNHA, the move was part of its environmental conservation efforts, although they fell short of revealing where the tree will be relocated.

"This iconic fig tree sits right at the center of the Nairobi Expressway operation area. We have planned to transplant and relocate the tree to a new location as part of our environmental conservation efforts," said KeNHA.

Since the construction of the Express Highway began in September, a number of trees have been felled along the busy city roads on its path between JKIA and Westlands.

Some of the trees that have been cut down include Grevillea and Nandi Flame.

The Nairobi Expressway project is expected to be complete by December 2022, to possibly reduce drastically Nairobi's infamous traffic congestion.

Why Nature Had to Give Way to Sh59 Billion Nairobi Expressway