Africa: As the U.S. Finalizes Results from Election-to-Repair-Democracy, Africa Watches Too 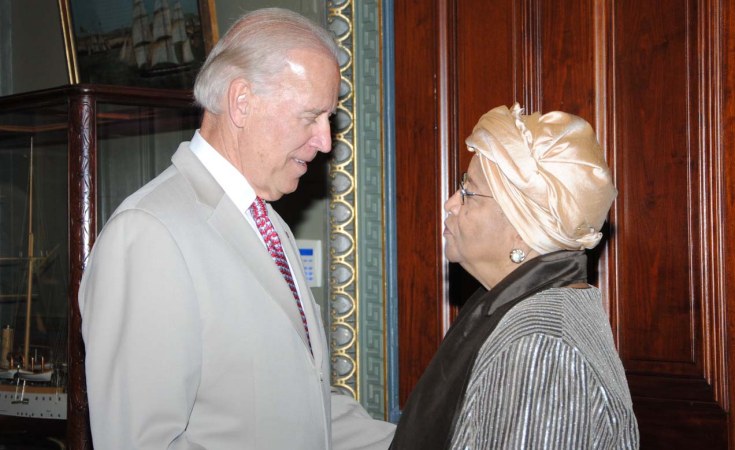 Washington, DC — "Since the election results are so close, why can't Bill Clinton just stay in office?" asked Comfort, one of the USAID local staff in Kampala, Uganda.  It was December 12, 2000, and the world was transfixed by Bush v Gore.  I explained that the U.S. would have a new president on January 20, 2001, at 12:00 noon, as stipulated in the Constitution, adding that Americans had faith in the electoral process and the discipline to wait until the Florida recount was complete.

Later in the day, when I recounted the conversation to my colleague, I learned that the Supreme Court had just ruled that George W. Bush would become our 43rd president.  I didn't see Comfort again to explain that the Supreme Court's intervention was unique in U.S. history as nine unelected, appointed judges determined a presidential election outcome for the 105,594,024 million Americans who had voted that November.

I was in Kampala that December as the senior USAID official responsible for Africa for an international donors' conference to determine a peaceful future for Burundi.  The seven-year civil war had finally ended with the Arusha Accords and a peace being overseen by former Presidents Julius Nyerere and Nelson Mandela.

President Mandela was in Kampala for the same conference.  I was fortunate to know Madiba, having met and worked with him since he was just ten days out of prison. But knowing him well was irrelevant in a formal meeting when our governments had very different views on the way forward for Burundi.  During a coffee break, we each acknowledged the legitimacy of our respective governments' positions; as we parted to return to the meeting, he gave me his wonderful bear hug and once again called me his girlfriend.

Back in the meeting hall, nothing made me prouder than to say, "On behalf of the United States of America," before beginning to state the U.S. position. I relished representing a country that was universally admired for its institutions, dedication to the rule of law, strong support for transparent, democratic governance, and humanitarian generosity in global crises.

Two decades later the United States has a very different reputation. In four years, President Trump has degraded our foundational institutions, flaunted the rule of law, coarsened our civic dialogue and shredded our international standing as a respected democracy.  As I watched the protracted, lugubrious counting in the Biden-Trump election battle, I thought back to Comfort and wondered what our conversation would be these twenty years later.

I would begin the conversation by noting that American democracy has been severely but not irreparably damaged by a president who denigrated the constitution and basic norms of democracy and hurled unfounded allegations of fraud that aimed to sabotage the 2020 election.

Strategically, the Democrats had to have a textbook-perfect election so there was no credible route to the Supreme Court for a possible replay of 2000. And they delivered.

Democrats used the institutions of our democracy. The nation got a civics course on voter rolls, the sanctity of the ballot, the role of party observers, pathways for protest, and the safety valve of the recount.  There was also a lesson in federalism as Americans focused on state election administrators managing fifty different sets of regulations for counting the vote.

Democrats were vigilant in protecting a free and credible press, especially to counter Fox News which has become an unofficial news organ for President Trump.

The strong voice of civil society can be an African strength as well, especially in fiercely competed elections. And it is possible to organize an army of citizen poll workers to ensure a rapid count in any election.  Similarly, the increased enthusiasm and participation of young people that propelled a Biden victory can be nurtured as a youth-bulge democracy dividend on the continent.

But at the end of the day commitment to democracy is a personal decision.  It rests on values not enshrined in the constitution but embedded in the civic culture of a country: decency, honor, equity, integrity, truthfulness, inclusion.

For me, as a Black woman, democracy today is rooted in my deep satisfaction in seeing a Black/Asian woman, a child of immigrants, poised to make history.  Kamala Harris exemplifies those basic American values and proudly models the progress we're making as a nation in finally acknowledging systemic racism.

Lastly, I would share with Comfort my joy that as a black woman—mother, grandmother, democracy specialist, Africanist-- I can finally exhale.

Previous Story
Biden Win Seen As Green Light for Women's Reproductive Rights
Next Story
From Women to Migrants - What Does a Biden Win Mean for the Continent?

From Women to Migrants - What Does a Biden Win Mean for the Continent?

Next Story
Tagged:
Copyright © 2020 The Bridges Institute. All rights reserved. Distributed by AllAfrica Global Media (allAfrica.com). To contact the copyright holder directly for corrections — or for permission to republish or make other authorized use of this material, click here.