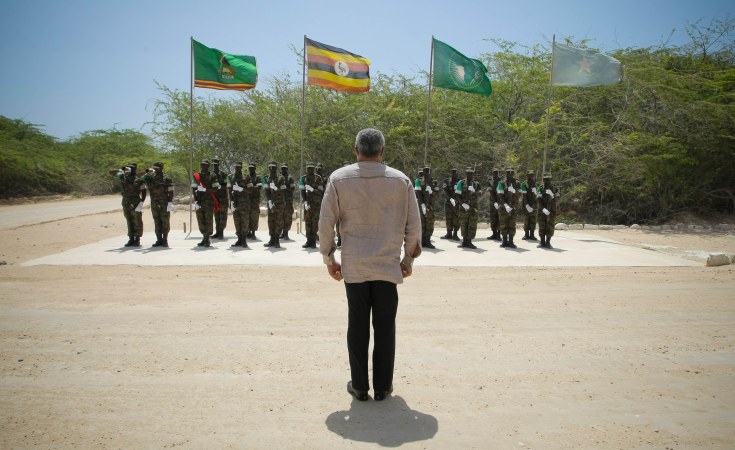 President Nana Akufo-Addo has ordered a one-week mourning period as the country comes to terms with the death of ex-President Jerry John Rawlings. Many Ghanaians view Rawlings as the "father of democracy."

In a tribute to Jerry Rawlings, Ghana's president, Nana Akufo-Addo, said, "A great tree has fallen, and Ghana is poorer for this loss."

In the streets of the capital, Accra, people spoke of their shock upon hearing the news of Rawlings' death. "It's unbelievable, I can't even talk, I just saw the news," Thomas Mensah, a resident in Accra, told DW.

"He was a father to us," Priscilla Akoto, another resident, said. "It is sad."

From junta to civilian rule

Before the elections in 1992, Rawlings established the National Commission on Democracy (NCD) and employed it to survey civilian opinion to facilitate a democratic transition. The NCD released a report recommending an executive president, establishing a national assembly and creating a prime minister post. This report paved the way for democracy in Ghana.

DW's Eddy Micah Jr., a Ghanaian who was 12 years old when Ghana returned to civilian rule, said people respect Rawlings for ending the political chaos in Ghana and instilling discipline within the military.

"The most remarkable thing that Ghanaians will remember Jerry Rawlings for is that he handed over power to a civilian moreover from the opposition something unheard of not only in Ghana but across Africa," Micah said. "Ghanaians loved Jerry for his openness. He was honest in his dealings and in whatever he told party stalwarts or senior officials."

Rawlings dreamed of transforming Ghana into a middle-income status like Singapore by 2020.

In 1995, he presented a document to parliament he called Vision 2020. In it, he outlined an aggressive long-term plan that would improve his country's human and economic growth, rural and urban development, as well as overhaul its infrastructure.

The aim was to follow Singapore's example. According to Rawlings, Singapore had transformed itself from a third-world country in the 1960s to a middle-income country in a short time. His dream, however, fell apart after his successor John Kuffour had different development plans.

After stepping down, Rawlings remained a power broker in Ghanaian politics while serving in various international diplomatic posts, including the African Union's representative in Somalia.

Before his death, Rawlings castigated African leaders who overstayed in power beyond their term limits. Citing Guinea's Alpha Conde, Rawlings tweeted his disappointment in Conde.

In May 2020, at the height of the coronavirus pandemic, Rawlings joined other celebrities and personalities, including French actor Omar Sy and UN Secretary-General Antonio Guterres, in calling for assistance to deal with COVID-19.

"Africa is a continent of rich history, culture uniqueness and dynamism. Africa must rise above this as we have done with every previous challenge," said Rawlings. "Together as one, I know we shall overcome, and if music is the food of love, let us play on."

In Ghana -- where Rawlings was fondly known as "Papa Jay" -- Ghanaians remember him as a soldier of all seasons who ushered in democracy and peacefully handed over power after his term in office.

"He was a good man. Because of Rawlings, Ghana is Ghana," Yaw Adjei, a resident in the capital, said.

"Africa has lost a stalwart of Pan-Africanism, and a charismatic continental statesman," AU Commission chair Moussa Faki said on Twitter.

John Mahama, leader of the opposition National Democratic Congress (NDC) party that Rawlings founded, said in a Twitter message he had suspended campaigning for the December 7 presidential election.

The election will again pit President Akufo-Addo against Mahama; the latter lost to Akufo Addo in the 2016 election.

Ghana Bids Farewell to Former President Jerry Rawlings
Tagged:
Copyright © 2020 Deutsche Welle. All rights reserved. Distributed by AllAfrica Global Media (allAfrica.com). To contact the copyright holder directly for corrections — or for permission to republish or make other authorized use of this material, click here.