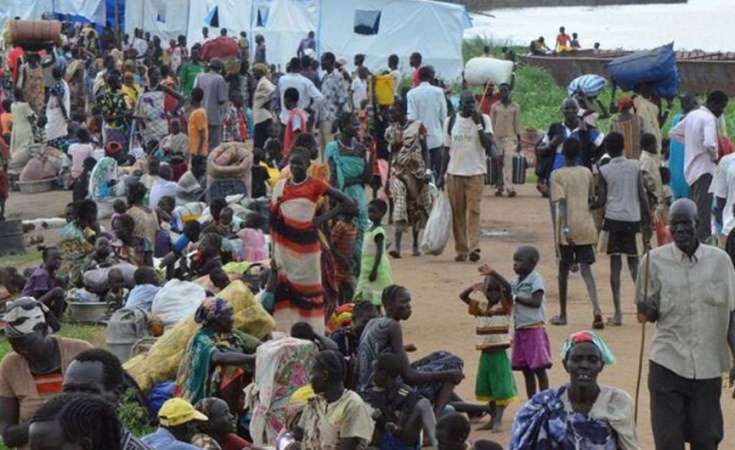 At least 29 people have been killed in separate violent clashes in South Sudan.

In the first incident, the opposition rebel group, the National Salvation Front, said it two of its fighters were killed in an attack it claimed was commanded by South Sudan People's Defence Forces.

The Front is led by former deputy army chief Thomas Cirillo Swaka, who differed with President Salva Kiir in 2017 and went on to form his political and armed wing.

"[The] SSPDF forces from Karpeto in Labonok attacked NAS tactical base and briefly managed tactical withdrawal from NAS. The NAS gallant forces then launched a successful counter-attack securing the base," the Front said in a statement, referring to the incident on Tuesday.

Acting SSPDF spokesman, Brig-Gen Santo Domic, however, denied the claims, instead arguing that his forces had responded to an ambush by the Front.

"Elements of NAS attacked our two defensive positions twice. Our soldiers were not aware of impending attacks because of the prevailing ceasefire and some have been living with their civilian families in the barracks," he said.

"Our data shows that four civilians, a woman, two children, and an adult male were killed in the fire exchange," Domic said.

Domic said the SSPDF will continue to respect Rome Declaration on Cessation of Hostilities Agreement, an agreement reached with the rebel groups that have not yet signed the 2018 peace agreement that led to the formation of a government of national unity in February this year.

"The government's stand is that all the problems of South Sudan be resolved peacefully and will continue to abide by the cessation of hostilities which NAS has been violating in areas of Yei, Jambo, Lobonok, among others" said Domic.

The South Sudan Opposition Movement Alliance, a grouping of various rebel groups, suspended participation in a ceasefire workshop organised by the ceasefire monitoring body, accusing the government of violating the ceasefire.

"Kiir's administration has been violating the agreement multiple times and the most recent is the attack on our position on the 10th of November at this very moment while the alliance is participating in ceasefire workshop in Rome.

"Therefore, effective immediately, SSOMA has suspended its participation in the ceasefire workshop until the unity government respects and recommits to Cessation of Hostilities Agreement," the SSOMA said in a statement.

Elsewhere, at least 14 people were reportedly killed in fresh communal violence in Warrap state, according to local authorities there.

Gabriel Awan, former Secretary-General of the defunct Tonj State, now a county under Warrap State, told the Nation that the attack also left 40 people wounded and over 200 cows stolen.

"The fighting was triggered by cattle rustling between Luacjang and Adoor sections. The incident began when some youths from Jalwau defunct county crossed to Luacjang defunct county and took away 70 cattle in response to an earlier raid.

"The owners of the cattle went to Adoor, the northern part of Jalwau, and drove away 153 cattle. Follow-ups resulted in the fight that left 14 people dead," said Awan.

Warrap, Jonglei, and Lakes States have been experiencing a series of similar clashes in past years, mainly fuelled by revenge attacks, cattle raids, and land grabbing.

In August this year, nearly 130 people were killed in Tonj following clashes between the government disarmament forces and armed youths -- commonly known as Gelweng.

According to the UN Mission in South Sudan, revenge attacks and cattle-related killings remain the biggest insecurity challenges after political violence subsided in the country following the signing of the revitalised peace agreement.

South Sudan Opens Door for Kiir Second Term
Tagged:
Copyright © 2020 The Nation. All rights reserved. Distributed by AllAfrica Global Media (allAfrica.com). To contact the copyright holder directly for corrections — or for permission to republish or make other authorized use of this material, click here.