Kenya: MPs to Use Kiswahili for Debates Every Thursday in New Rules 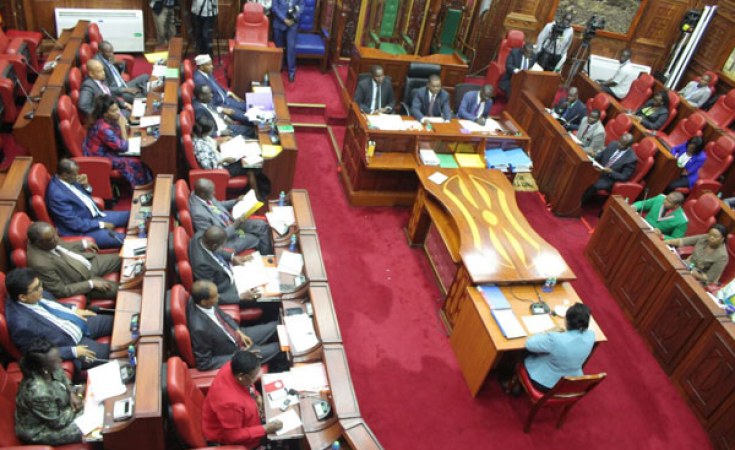 Kiswahili will be the language of debate in Parliament every Thursday in a new parliamentary rules set to be unveiled by President Uhuru Kenyatta today.

The president will launch the Swahili and bilingual versions of the National Assembly Standing Orders.

The launch will be conducted in the afternoon within the main parliament buildings immediately after the President has delivers his state-of-the-nation address to the joint sitting of the National Assembly and Senate.

The unveiling of the "Kanuni za Kudumu za Bunge la Taifa -- toleo la tano (tafsiri ya kwanza)", follows the successful development of the Swahili register by a task force purely made up of employees of parliament appointed by National Assembly Clerk Michael Sialai in February last year.

While MPs have been keen to use Kiswahili when filing business, debating and preparing reports, the parliamentary language register had not yet been developed.

Now the Standing Orders have been translated and a glossary of terms duly prepared for ease of reference.

National Assembly Speaker Justin Muturi said that the use of Kiswahili rules is a step in the right direction in the promotion of the national language.

"What we have done in the initial stages is to relax the rules a little bit so that members can mix Kiswahili with English when contributing," said Speaker Muturi, adding that each member will have to get the Kiswahili and bilingual versions of the House rules to enhance their ability.

The unveiling of the "Kanuni za Kudumu za Bunge la Taifa" comes after the House adopted the third report of the Procedure and House Rules Committee on October 29, 2019.

Articles 7 and 120 of the Constitution and National Assembly Standing Order 77 and 223 leave no doubt that Kiswahili should be the language of use in the Houses of Parliament.

Standing Orders 77 and 223 buttress the use of Kiswahili in the House. Standing Order 77 provides that "a member who begins a speech in any of the languages provided for shall continue in the same language until the conclusion of their speech."

Article 120 (2) also stipulates that in case of a conflict between different language versions of an Act of Parliament, the version signed by the President shall prevail.

The task force appointed by Mr Sialai was chaired by Mr Kipkemoi arap Kirui, the Deputy Director, Directorate of Legislative and Procedural Services.

It was tasked with working on a draft translation of the Standing Orders which was to be subjected to internal review, and later to an external (both local and regional) peer review. It was later to be validated by Kiswahili language experts and translators.

While many parliaments in Africa have adopted English only or French only language policies in their parliaments, others have allowed the use of several indigenous languages in addition to a foreign language.

Kenya has had a chequered history in its attempts to mainstream Kiswahili usage in governance. House rules help define the character of a parliament by describing the rights and obligations of members and identifying and assigning roles and functions to the key organs of the institution.