Ethiopia Must Set a Minimum Wage to Defend Workers' Dignity 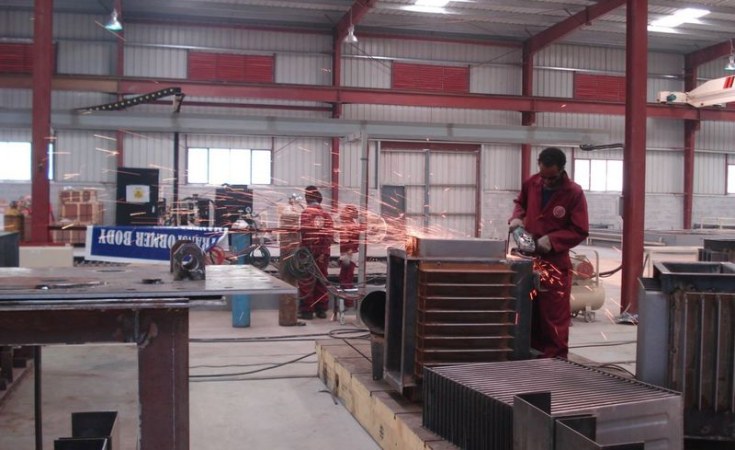 In recent years, Ethiopia has designed an ambitious growth and transformation plan that has led to a major improvement in the country's fortunes as a destination country for foreign direct investment (FDI).

This major investment flow has made Ethiopia the fifth-largest recipient in Africa, alongside Egypt, South Africa, the Congo, and Morocco.

The development of public-owned industrial parks across the country has played an instrumental role in attracting export-oriented foreign investment and linking the country to global production networks.

While Ethiopia's efforts deserve praise from the perspective of enhancing the growth of its economy, the country's policy and practices for attracting FDI have caused a great deal of discontent.

Precisely, the country's ambitious aspirations are harming its people who work in the factories of the industrial parks.

In its efforts to promote investment opportunities in the region, Ethiopia does not shy away from using a cheap and easily trainable labor force as a major advantage for incoming investors in labor-intensive manufacturing sectors.

If it makes sense for this country to provide incentive packages to win the competition for the mobile global capital, the worrying trend is the level of disregard and attention paid to the labor forces employed in factories located in the industrial parks.

While the former is the first public-owned industrial park specializing in the production of garment and leather products, the latter is a flagship project that focuses solely on hosting the textile and apparel manufacturing industries.

At present, these parks have created jobs for more than 35,000 employees. But employees working in these parks are the lowest paid in the world.

The lack of minimum wage and poor labor regulations, combined with the country's prioritization of economic growth over rights-based development, provide an additional incentive for producers to invest in Ethiopia.

But, in this case, Ethiopia is setting the bottom line in the race to the bottom for cheap and low-cost production.

The lack of minimum wage regulation and the underdeveloped culture of wage bargaining is critical in driving the wages of industrial workers to their lowest point in the world.

As a result, workers in industrial parks are made to labor with a basic wage of just $26 a month according to a report of the NYU Stern Center.

While there have been a variety of non-wage benefits, these incentives are mainly dependent on the goodwill of employers and often subject to punitive deductions.

In recent years, there has been a great deal of understanding among government officials and government institutions regarding the significance of a minimum wage to protect workers in the private sector.

Minister of Labor and Social Affairs, Ergoge Tesfaye, argued in an interview that "the Government of Ethiopia has been working with ILO experts to set the minimum wage."

According to her, "Ethiopia does not have a reference point for setting the minimum wage and further studies were required before the policy structure was developed."

A trade unionist from the Confederation of Ethiopian Trade Unions (CETU) has argued that their office has been calling for a minimum wage for private-sector workers over the last 15 years and that it has not been realized for so long due to the government's reluctance.

He added that they were standing firm for the inclusion of a minimum wage in the recently revised Labor Proclamation, only to succeed with the introduction of a wage board that decides on a minimum wage for workers in the private sector.

The Unionist also noted that CETU has been conducting research on the minimum wage, but there is still disagreement with the government as to how low that wage should be.

The Confederation believes that it is the lack of a minimum wage that has subjected workers to apparent exploitation in industrial parks.

Finally, while the workers were already living a wretched life in the industrial parks, the outbreak of the coronavirus pandemic has inflicted more misery into their wounds.

The inflation caused due to the outbreak has resulted in a large-scale rise in the price of various necessities of the workers.

It is the government's fear of disincentivizing investors and its favor of attracting investment that has contributed to the prevention of national minimum wage policies and violations of labor law.

But it is time to defend the human dignity of employees and get them out of the true state of slavery.

In the current situation, workers' disillusionment and attrition are very high, and the sustainability of the industrial park is at risk.

The government must therefore emphasize adopting a long-term economic strategy rather than short-term earnings and creating a minimum living wage that guarantees decent living standards for workers in industrial parks.

Gifawosen Markos, lecturer in the Department of Governance and Development Studies at Wolkite University, Ethiopia.