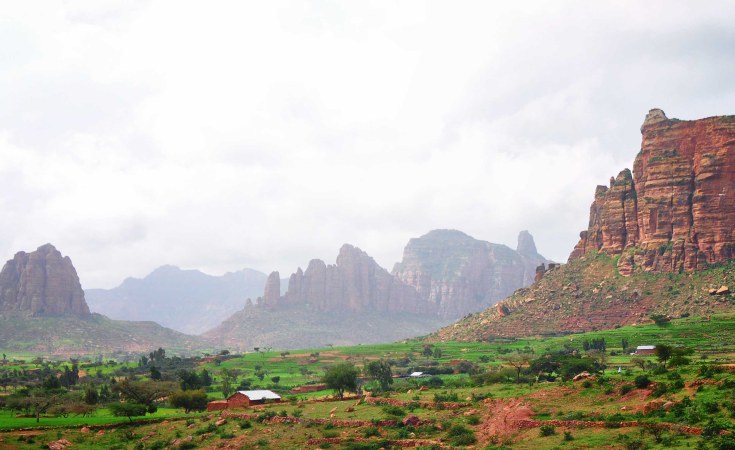 Addis Abeba — The federal government said a rocket was fired "in the late hours of November 13, 2020 towards Bahir Dar and Gondar cities. As a result, the airport areas have sustained damages."

A statement published on "Ethiopia State of Emergency Fact Check", a newly opened Facebook page by the federal government, blamed "the TPLF junta" for the attack and said it "is repairing and utilizing the last of the weaponry within its arsenals. This is indicative of TPLF's last resort attempts to maintain control," the government said.

Last night the several residents of the two cities posted updates on social media that there were explosions and exchanges of gun fires in the cities. Bahir Dar airport, known as Ginbot 20 Airport, is located some 8 km west of the city, near the Lake Tana; while Gonder's Atse Tewodros Airport is located some 18 km south of of the city.

The Amhara regional government communication Affairs office released a statement that although "there were explosions in Bahir Dar, special place called Mecod and in Gonder city, special place called Azezo, security forces have put them under control within few minutes." It also said there were no power cuts in both cities and both cities were peaceful and added the incident would be fully investigated.

The Amhara regional state broadcaster AMMA quoted the regional government as saying that "because the enemy is using its full force to inflict terror acts [and] cognizant of the war we are in, communities should calmly safeguard themselves and their neighborhoods vigilantly." Without giving details, it also cautioned the people in the regional state that "similar acts may occur again."

Without giving specifics about the said rocket attacks, a statement published on the official Facebook page of TPLF said that it has placed the "Northern Command" of the national defense forces under its control and will use "the force of its weapons to wipe out enemies" of the people of Tigray.

The federal government said the "details of the incident is currently under investigation and further details will be provided accordingly." AS