Western Sahara: Statement of the Chairperson of the African Union Commission, H.E. Mr. Moussa Faki Mahamat, On the Tensions in the Guerguerat Buffer Zone 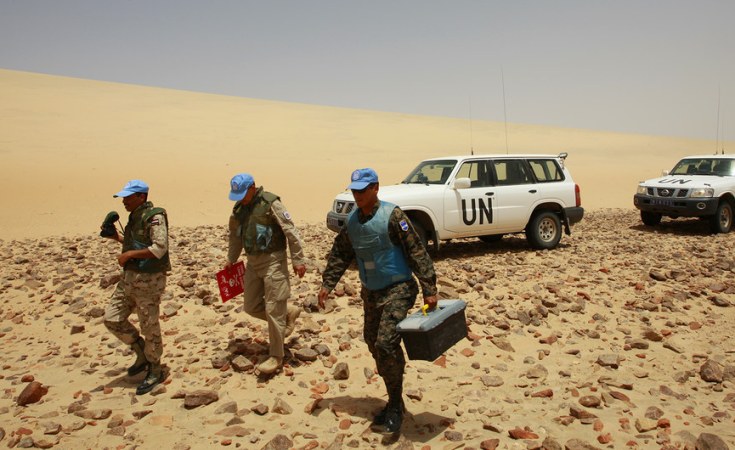 The Chairperson of the African Union Commission, Moussa Faki Mahamat, expresses his deep concern following the deterioration of the situation in the Western Sahara, especially in the buffer zone of Guerguerat, and the serious threats of breaching the ceasefire in force since 1991.

He commends the efforts of the Secretary-General of the United Nations and the countries of the Region to urge the parties to refrain from any change of the Status quo and to return to the negotiating table, as soon as possible.

To this end, the Chairperson of the African Union Commission requests the Secretary General of the United Nations to accelerate the process of appointing his personal Envoy.

The Chairperson of the Commission reaffirms the readiness of the African Union to actively support the efforts of the United Nations for a just political solution acceptable to all parties to this conflict.

AU Chair Calls for Calm Between Sarahawi and Morocco

Next Story
Tagged:
Copyright © 2020 African Union. All rights reserved. Distributed by AllAfrica Global Media (allAfrica.com). To contact the copyright holder directly for corrections — or for permission to republish or make other authorized use of this material, click here.