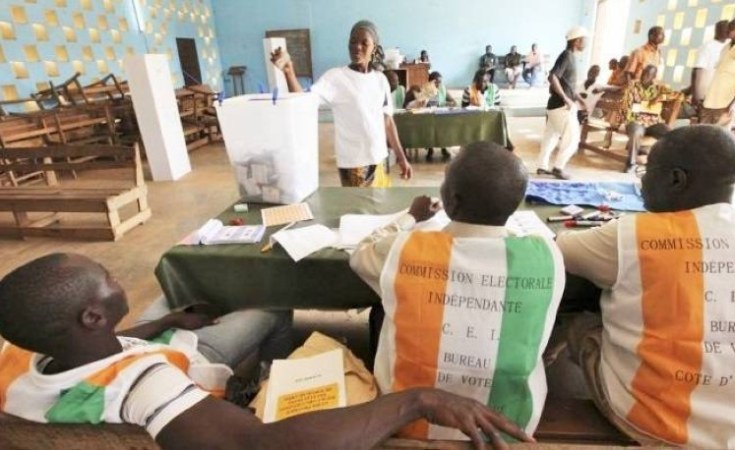 The Daily Observer has learned that more Ivorian citizens are crossing over to Liberia in border towns as a result of the uncertain political situation in that country.

Ivory Coast recently went to the polls but the outcome has been disputed leading to violence.

Speaking to the Daily Observer via mobile phone yesterday, Emmanuel Wheinyue Technical Focal Person to the Minister of Internal Affairs, disclosed that the Government of Liberia and several agencies of the United Nations are working to host thousands of refugees from the Ivory Coast at various border towns in the north-east and south-east.

According to him, they have learned from the refugees that though there is no war being experienced in their country, they are not sure of the current political situation, thus leaving them to seek refuge in Liberia to avoid any eventuality.

"According to statistics that we have received from the Liberia Refugees Repatriation and Resettlement Commission (LRRRC) and the UN agencies, there is an influx of refugees into Liberia on a daily basis. The refugees claim that even though there is not a physical war, the experience from their last war cannot allow them to wait till things get worse and therefore they are running away," Wheinyue told the Daily Observer.

He said that many of the refugees are found in border towns of counties including Nimba, Grand Gedeh, Mary land, Sinoe, and River Gee.

"The Minister of Internal Affairs has considered that since Liberia experienced similar a situation, there is a need to host the refugees. There are lots of women and children who are fleeing their country to seek refuge here in Liberia. What the Minister has told them is to observe the laws governing the country as well as international protocols," said Wheinyu

"They need to remain peaceful while they are in the country. You can't be running away from your country and then want to go back when things are not going on well," he added.

According to Wheinyue the Internal Affairs Minister along with partners have visited several areas to assess the situation confronting the refugees.

"The refugees are coming during the farming season. The Minister was thankful to the Liberian communities for hosting the people. Right now the WFP has begun reaching out with food for them," he said.

He said considering that more refugees are coming into the country; food, medicine, water, and shelters are those immediate needs that are to be addressed by the government and partners.

Meanwhile, Wheinyue said there are plans to reach other counties to assess the situation facing the refugees but logistic is a serious challenge.

Next Story
Tagged:
Copyright © 2020 Liberian Observer. All rights reserved. Distributed by AllAfrica Global Media (allAfrica.com). To contact the copyright holder directly for corrections — or for permission to republish or make other authorized use of this material, click here.