Nigeria: Soyinka to Release Third Novel in December, 48 Years After 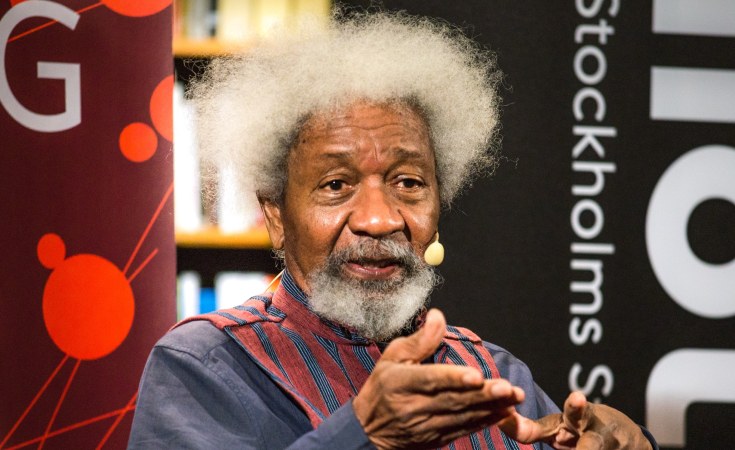 Wole Soyinka's third novel, 'Chronicles of the Happiest People on Earth', is set to be released on December 1, 2020, 48 years after his last prose fiction.

This was made known on Twitter by his son, Olaokun Soyinka. A description of the 524-page book by its publisher, Bookcraft Africa reads: "The novel tells the story of a pact and an alliance formed between four friends, to make an impactful change in their nation. Now in the late stages of adulthood, against an evolving political landscape and a change of government, they drift apart, reunite, navigate complex familial relationships, and increasingly gain recognition in their professions -- all the while, their paths interweave with those of prominent religious, community and government leaders, and the tide begins to turn against them, with dire consequences.

"It is a dramatic and engaging read, laced with humour and extraordinary characters. The read also provides a realistic perspective on the state of affairs in Nigeria, with a depth of commentary. In Soyinka's expert hands, the apparently disparate strands are woven together with a master story-teller's aplomb. Chronicles of the Happiest People on Earth is a great and unputdownable read from start to finish."

The Nobel Laureate, known for his poetry and plays, published two novels, 'The Interpreters' in 1964 and 'The Season of Anomy' in 1972.