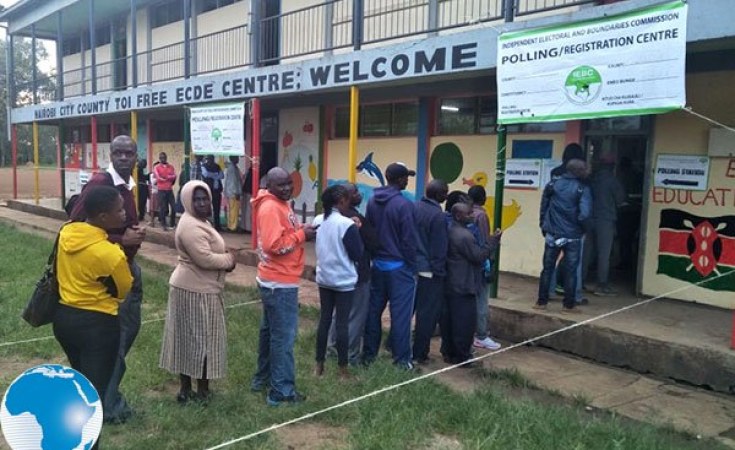 The government is moving to curb the influence foreign money in elections by blocking direct financing of the Independent Electoral and Boundaries Commission (IEBC) ahead of the 2022 polls.

The decision recently confirmed to the United Nations Development Fund (UNDP) -- which has been managing the election funding -- in a letter, comes as international organisations involved in election support programmes and who had closed shop after the 2017 polls begin to come back.

A source at the Foreign Affairs ministry said the government has told the donors that "if we need help, we will let you know".

The source spoke on condition of anonymity because he did not want to strain the relationships with the donors who have been financing the UNDP's Support to Electoral Processes in Kenya (SEPK).

The letter from the government was written in response to an earlier one by the donors as they sought clearance to start the new programme that would have lasted up to the 2022 elections and beyond.

Already, donors have alerted the IEBC to reorganise its programmes in light of the development, which will hit the commission hard.

Top IEBC officials, including chairman Wafula Chebukati and acting chief executive Hussein Marjan, did not return our calls, while commissioner Abdi Guliye said he had been away from the office and did not have all the information.

However, an IEBC official who spoke in confidence, said it would be "almost impossible" to run most of the 2022-related activities without donor funding.

He was, however, hopeful that talks going on in the background would unlock the stalemate ahead of the next elections.

The move by the Jubilee administration is largely driven by the frustrations that followed the nullification of the 2017 presidential election.

The government and supporters of President Uhuru Kenyatta blamed foreign influence, among others, through an international organisation, for the Supreme Court decision to nullify the presidential election.

This was confirmed by the source at the Foreign Affairs ministry, who referred to some international development partners involved in elections support programmes as "infiltrators" and "scavengers" working for the interest of foreign powers.

Between 2015 and 2018, the UNDP's SEPK extended support to the tune of $24 million (Sh2.6 billion) to constitutionally mandated institutions engaged in the electoral process, namely the IEBC, the Office of the Registrar of Political Parties, the Judiciary, the police, media and civil society.

In the past, through UNDP, donors have funded voter registration, election security, technology acquisition, training for IEBC staff and the police and legal reforms, among others.

Unless the government's order is reversed, the donors will be restricted to just institutional strengthening of programmes such as training.

"We have now reached that point where we can raise our own revenues that can fund our development and governance issues.

"Elections and the Judiciary are basic sovereignty issues that we cannot let foreigners fund," the Foreign Affairs ministry source said.

Lawyer Willis Otieno, who was in the team of lawyers that represented NASA presidential candidate Raila Odinga in the Supreme Court petition of 2017, says foreign money in our elections has been used by other governments to dictate to Kenyans who or where to buy technology and, by extension, how to conduct elections.

"It is quite unfortunate to allow the most sacrosanct of our country's sovereignty to be influenced by foreign entities. That, in my view, is an abrogation of our sovereignty," he said.

The government's move to block direct financing comes at a time when there has been an ongoing debate about the sustainability of programmes and the credibility of the global organisations that implement election support programmes.

With just about two years to the next elections, several organisations such as the International Foundation for Electoral Systems and the Institute for Democracy and Electoral Assistance, among others, are coming back or reactivating dormant programmes.

After an intense bidding war, the UK's Foreign, Commonwealth Development Office (FCDO) overlooked a local consortium of NGOs to award the International Foundation for Electoral Systems (IFES) with the three-year £7.5 million (Sh1.1 billion) to manage the Kenya Elections Support Programme.

A senior business manager at IFES, Paula Kenworthy, in an email dated October 16, 2020, announced to their partners that their bid for the FCDO funds was successful.

"We have received an update from FCDO on our bid, and we are very pleased to let you know that the IFES consortium is the apparent successful bidder," she said in the email that Sunday Nation has seen.

The bidding to manage FCDO's election support programme was fierce as a consortium of local organisations challenged the UK government to have faith in local institutions over international organisations that have been tainted in the past. Eventually, FCDO still settled on IFES to run their Kenyan elections programme.

The three-year award to IFES, which comes less than 24 months to the next General Election, enhances the argument that these international organisations are essentially election tourists -- they open their offices in the country a year or two to the General Election and close shop as soon as it is concluded and wait for the next poll.