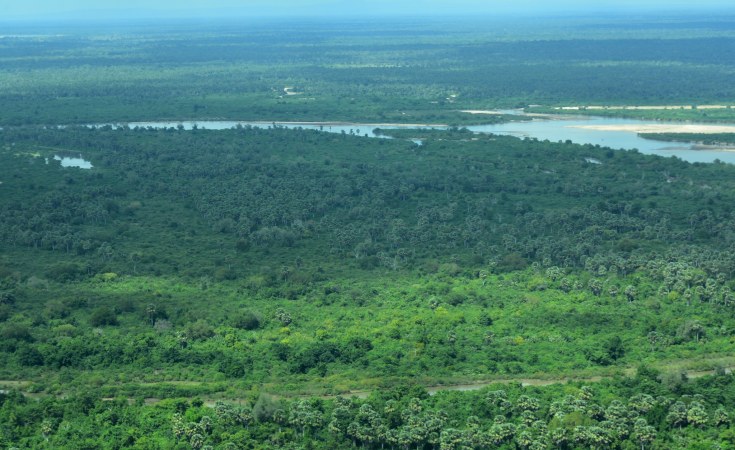 Every aspirant dictator seems to want at least one Soviet-style mega-project to their name. It is almost as if the construction of a white elephant will validate the personality cult that they invariably build for themselves. The Stiegler's Gorge hydropower project in Tanzania is President John Magufuli's version, a project first conceived in 1972 and never implemented for reasons that I hope to make obvious in this piece. Colloquially known as "the bulldozer", Magufuli has indicated that any vocalised objection to the project will land the objector in prison.

When I first travelled to Tanzania in early 2016, the nation was euphoric about Magufuli having come to power, despite serious problems with the previous year's elections. His ruling party, the Chama Cha Mapinduzi (CCM) lost the Zanzibar element of the 2015 elections but then won the 2016 re-run. The party has been in power for 59 years now. According to the co-opted electoral commission, the CCM's Magufuli won the 2020 elections with an outlandish 85% of the vote. There is zero evidence that the elections were credible, free or fair. The opposition, whose candidate Tundu Lissu received only 13% of the vote, had little to no chance of winning, largely because it's extremely risky to be an opposition politician given the levels of violent repression to which the CCM has resorted to maintain power.

Magufuli won the (mainland) 2015 elections on an anti-corruption ticket. In a nation racked by a history of extensive grand corruption, he represented a welcome reprieve. By 2014, Tanzania scored a dismal 31 (out of 100) on Transparency International's Corruption Perception Index. Since coming to power, Magufuli has improved that score to 37. However, it is one thing to move the needle on petty corruption; it's another entirely to put an end to grand corruption. There's only so far that he can go before he clashes with his own loyalists within the CCM. In a de facto one-party state, internal divisions matter more than the official opposition for power retention calculus.

Corruption is not only about embezzling money; sometimes it's about making decisions that are corrupted by illusions of grandeur. Magufuli is bulldozing ahead on the Stiegler's Gorge hydropower project in a way that actively suppresses information and transparency. I visited the site in 2017 and witnessed the remains of past attempts to build this dam - a physical expression of the lack of wisdom at attempting such a project. The gorge is spectacular; it sits in the heart of the photographic tourist concession of what is now the Nyerere National Park (previously the Selous Game Reserve), declared a World Heritage Site in 2014.

Upon arrival at the site, I was chased down by what I initially thought were security police. They had been tipped off that my guide was taking me to see the gorge. Turns out they were actually part of the bid adjudication committee and had come to instruct me to appear at their offices if I was interested in winning the tender. Upon assuring them that I had no intention of bidding, a more relaxed conversation ensued. They confessed that most interested parties, upon seeing the sheer wildness of the setting and the logistical difficulties associated with dropping enough concrete to build a 134m-high wall, simply disappeared. Cause for hope?

My optimism was misplaced. I returned to Nyerere National Park in September 2019 only to be met by trucks barrelling down the main road, kicking up dust and disturbing the wildlife. Perhaps nothing epitomised the contradiction more than the joy of watching young wild dog pups frolicking in a pool alongside this very main road - the conveyor belt of destruction. Beyond that, the country was palpably in the grip of fear. Every taxi driver, shop owner and interview respondent expressed their apprehension at voicing any concerns, especially about Stiegler's.

Magufuli had gone ahead despite all the academic literature and feasibility studies cautioning against damming the Rufiji River (again). There are already two dams upstream placing pressure on the hydrological flow into the gorge, compounded by increasingly less rainfall, a partial function of the ravages of climate change. Nonetheless, construction is expected to be complete by 2022.

Not even the World Bank funds hydropower anymore, and most of the world has learned its lessons about the negative impacts of large dams. But Magufuli has bullishly declared that Tanzania, a country pretty much bankrupt and heavily donor-dependent, will self-fund the build. A government spokesperson has stated that the $309.6m required for the initial phase has already been provided.

Magufuli's justification for the project - when he still bothered to provide one - was that access to electricity is woefully low in Tanzania. He has a point. According to the World Bank, only 35.6% of the total population had access, while only 18.8% of the rural population (still a majority) had access. The country's total power generation capacity currently sits at 1,500MW. Magufuli (and pretty much no one else) believes that Stiegler's would generate a further 2,100MW on its own. While this white elephant will be the most expensive investment in Tanzania's history, its opportunity costs are where the real expense lies.

A recent policy briefing on the project indicated that if environmental and social costs were considered, but excluding cost overruns and delays, the total cost of the build would amount to roughly $4.95bn, whereas the global average for a 2,100MW project would be roughly $3,74bn. Environmental economists are particularly interested in negative externalities (the divergence between private returns and social costs). In this case, it is near impossible to determine the long-term costs of the downstream environmental devastation that will almost certainly materialise.

For instance, oxbow lakes near the coast will likely lose connections that sustain unique fish species. That kind of biodiversity loss is irreversible and therefore cannot be easily costed. Moreover, natural flooding will not be easily replicated or controlled, which will result in nutrients required for downstream agriculture not reaching their natural destination. The risk of food insecurity will arise. Worst, though, is that the delicate ecological equilibrium supporting abundant wildlife will be severely distorted.

One of Tanzania's unique selling points is that the Nyerere National Park is the largest reserve in Africa, roughly the size of Switzerland. It is one of the last wildernesses on earth with an extraordinary array of animal and plant heterogeneity. I had the privilege of spending a night at one of the reserve's six extraordinary lakes in 2019 - one of the six lakes upstream of Stiegler's Gorge that comprise the primary tourism offering. It is hard to imagine what this area will look like when the dam is built. The sheer increase in traffic volume during the build process is a nightmare in itself, independent of the long-term impacts and resultant opportunity costs. Tanzania would be well advised to do everything possible to avoid foregoing tourism revenue given that it is one of the country's only serious economic propositions (currently accounting for at least 14% of the country's GDP, the impact of COVID-19 notwithstanding).

But what about electricity access for Tanzania's citizens? There are two things to consider in closing. First, the Stiegler's Gorge dam will not deliver as promised. Upstream abstraction and reduced rainfall upstream will affect the flow of water into the dam and hence the volume of power that can be generated. Moreover, global average cost overruns on mega-projects like these are substantial, with one recent study estimating cost overruns of 96% and average delays of 43 months. Hydropower costs alone have risen by 31% in the past decade. The Stiegler's build is expected to take nine years for stage one and three years for stage two. Even if this deadline is met (highly unlikely), the total cost (assuming an annual escalation rate of 3.4%) by 2027 would be $7.58bn. If Tanzania was lucky and only incurred an overrun of 30%, its 2027 cost would sit at $9.85bn. In a word, this is unaffordable for a highly indebted state, especially considering that this is the third year of the project and it's barely started.

Second, there are far more cost-effective options available for securing greater access to electricity that do not rely on the expansion of expensive centralised grid transmission infrastructure (yet to be built). Hydropower is simply no longer a competitive source of electricity generation, especially when the opportunity costs are considered. Moreover, Solar PV farms can be implemented within a year (as opposed to nine years) and deliver electricity at a far lower levelised cost per kilowatt hour. In 2017 alone, China installed 53GW of solar power.

There's no reason Tanzania cannot pursue a strategic combination of wind and solar power to generate the 2,100MW that it needs. To quote Dr Joerg Hartmann, an independent consultant specialising in assessing hydropower feasibility, "In combination with existing gas and hydropower resources, solar in particular can provide reliable baseload power, much less exposed to hydrological uncertainty."

But the "bulldozer" seems unlikely to be persuaded by reason and his legacy will not be one of grandeur. To the contrary, Magufuli's Stiegler's Gorge project will be a white elephant, one that jeopardises the country's tourism offering, kills its wildlife and does not deliver electricity as promised to a citizenry that really deserves better.