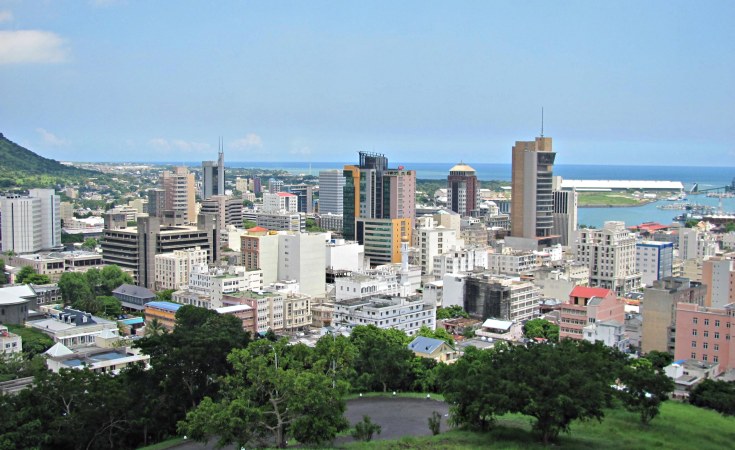 Ashok Prabhakaran/Flickr
The skyline of Port Louis, the capital of Mauritius in 2011.
Deutsche Welle (Bonn)
By Isaac Mugabi

A latest report by the Mo Ibrahim Foundation on African governance shows a decline in overall progress for the first time in a decade. This has been driven by a decline in security and the rule of law in some countries.

The 2020 Ibrahim Index on African Governance (IIAG) has named Mauritius, Cape Verde, Seychelles, Tunisia, and Botswana as the 2019 top-scoring countries. Angola and Somalia remain at the bottom but on a steady path of improvement.

The report released on November 16 by the foundation in London said that for the tenth consecutive year, Mauritius maintained its top position in 2019 while Somalia remained bottom because of security challenges in parts of the country posed by al-Shabaab militants.

Despite these challenges, Somalia has improved on its governance score since 2010, on the back of improved infrastructure and increased gender equality, among other things, according to the report.

"Sixty percent of Africans live in countries where governance is better in 2019 than it was in 2010," according to Nathalie Delapalme, Executive Director of the Mo Ibrahim Foundation (MIF).

"However, since 2015, this progress has been slowing, which is a bit worrying," Delapalme told DW in an interview.

Human development up, rule of law down

The IIAG is a tool that measures and monitors governance performance in 54 African countries annually.

The foundation defines governance as providing the political, social, and economic public goods and services that every citizen has the right to expect from their state. Over the last decade, governance dimensions have followed diverging paths. That is to say, while there has been an increase in improved infrastructure, economic opportunities, and human development, there is a decline in the rule of law and security.

Some high-ranking countries, such as Mauritius, Botswana, or South Africa, though, still currently ranking 1st, 5th, and 6th respectively, follow a concerning path of deterioration since 2015.

In contrast, some lower-ranking ones such as The Gambia (16th), Ivory Coast (18th), and Zimbabwe (33rd) feature among the five largest improvers over the decade. Somalia, ranking 54th, is the 7th most improved country over the last ten years.

Besides a balanced approach to governance progress, the rule of law, justice, inclusion, and equality appears to be the main common denominators among best-performing countries.

"Somalia, which is at the bottom of the index, has shown signs of improvement over the last decade, and Angola is among the five best trending-countries," Delapalme said.

Majority of Africans dissatisfied with their government

In more than half of the countries surveyed, citizens are less satisfied with their country's governance performance than ten years ago. For most countries, the deterioration in public perception of overall governance has even worsened since 2015. Since digital rights have also been infringed on and internet shutdowns are on the rise in Africa, there has been a decline in information sharing.

"The analysis of our findings was that there was overall dissatisfaction among African citizens when it comes to governance delivery in their countries, and the level of satisfaction is worse than ten years," Camilla Rocco, Head of Research at the Mo Ibrahim Foundation, said.

"Citizens are the recipients of public leadership and governance, and the assessment of governance performance needs to be rooted in results for citizens and cannot rely on official and expert assessment data alone," Rocco told DW.

The foundation acknowledged that governments across Africa face unusual challenges because of the COVID-19 pandemic, which has affected their performance. However, the report shows that the continent has been going through a decline in security matters long before COVID-19, and the pandemic worsened an already alarming situation in terms of election interference, shrinking space for the civil society, increased repression, and political unrest. COVID-19 also put countries' health gaps in the spotlight across the continent.

"The current COVID-19 pandemic is obviously worsening and threatening those that have been making progress, especially in the economic sector," Delapalme noted. While the first index reports mainly focused on traditional public services, such as security or education, the 2020 report now encompasses new areas such as healthcare affordability and inequalities. Additionally, it highlights issues of discrimination based on ethnicity, religion, or sexual orientation.

In recent years, African governments have accused the Mo Ibrahim Foundation of publishing only negative reports about their state of affairs. However, the foundation says its findings are based on information gathered by several research groups. "It's not an assessment entirely done by the foundation. We are just presenting a dashboard which is consolidating data that comes from 38 different sources," Delapalme said, "so it's a collective assessment. All countries share the indicators that we are using. So I think it's a fair and impartial assessment."

The report puts Ivory Coast among the best improvers over the last decade despite electoral violence in recent years and political divisions among its politicians. However, Delapalme says, "Ivory Coast has been making good progress over the last decade based on human development and economic opportunities." She added that the 2020 index reflects the year 2019, so it doesn't consider what happened this year.