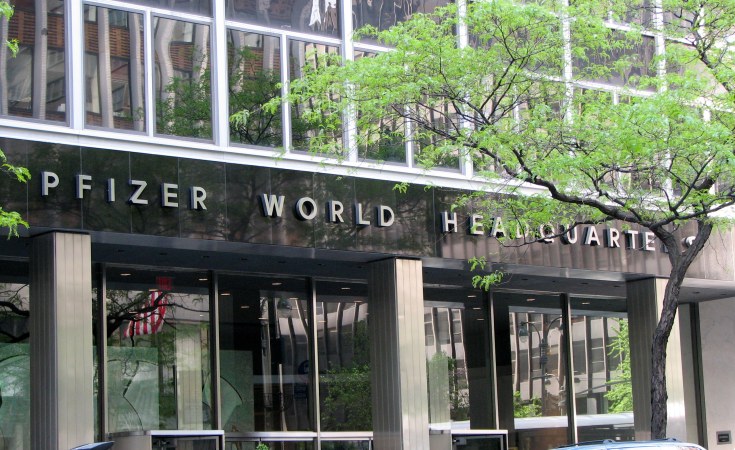 The Federal Government said yesterday that the latest increase in the pump price of petrol, also known as Premium Motor Spirit, PMS, was informed by the announcement by an American pharmaceutical company, Pfizer, of its recent breakthrough in the discovery of a vaccine against COVID-19.

The Minister of State for Petroleum Resources, Mr. Timipre Sylva, who gave this explanation, spoke on a day the Nigeria Labour Congress, NLC, warned the government that there was a limit to what the citizens could tolerate, if the abysmal increases in the price of refined petroleum products and other essential goods and services continued.

The minister told State House correspondents after a routine visit to President Muhammadu Buhari at Aso Villa in Abuja that the announcement of a COVID-19 vaccine by Pfizer triggered a slight increase in the price of crude oil in the global market.

He said: "What happened recently was because of the announcement of a vaccine for COVID-19 by Pfizer. With that, crude oil prices went up a little bit.

According to him, the pump price of petrol is directly determined by the price of crude oil in the global market.

He stated that it was not the first time the government would give the same explanation whenever the pump price of petrol changed in the country, adding that government took the decision to deregulate the sector in order to ensure its optimum performance.

"That is why we say, deregulate so that as the price goes up or down, you begin to go up and down as well as the pump. Before now, we fixed it - which was not optimal for us as a country," Sylva said.

He added that the nation's earnings were not fixed because they were dependent on crude oil prices, adding that fixing the pump price would be unsustainable at some point. The minister explained that this was why the government decided to keep the price floating, to be determined by the price of crude oil in the international market.

Meanwhile, President of NLC, Comrade Ayuba Wabba, said in a statement in Abuja yesterday that the recent arbitrary increase in the price of petrol has cast in very bad light the good faith labour had with regard to government's explanations that it lacked funds to continue bankrolling the subsidy payments,.

It pointed out that such would sooner than later cripple the entire economy, throw the country into severe economic crisis and cause loss of jobs.

The statement read: "There is no doubt that there is great disquiet in the land over the extraordinary level of inflation in the country. The recent increase in the pump price of the Premium Motor Spirit, PMS, has only exacerbated the current level of pain and anguish in the country.

"The recent increase in the pump price of PMS is clearly against the spirit and content of what Organized Labour agreed with government at the last negotiations over the last fuel price increase. It has also cast in very bad light our utmost good faith with regard to government explanations that it lacks funds to continue bankrolling the so-called subsidy payments as such would sooner than later cripple the entire economy, throw the country into severe economic crisis and cause loss of jobs in millions.

"While we await the full recovery of our refineries as contained in our agreement with government, Nigerians cannot be made to bleed endlessly for the failures of successive government to properly manage our refineries, ensure value for money for the numerous Turn Around Maintenance (TAM) which were poorly and barely executed and the horrifying lack of interest in prosecuting public officials and private business people who have profited from the rot in our petroleum sector and the collective misery they have imposed on the general population.

"The truth is that we would not have been in this precarious situation if government had been alive to its responsibilities. There is a limit to what the citizens can tolerate if this abysmal increases in the price of refined petroleum products and other essential goods and services continue.

"While we fix our refineries, there are a number of options open to government to stem the tide of high prices of refined petroleum products. One is for government to declare a state of emergency in our downstream petroleum sector.

"As a follow up to this, government should enter into contract refining with refineries closer home to Nigeria. This will ensure that the cost of supplying of crude oil is negotiated away from prevailing international market rate so that the landing cost of refined petroleum products is significantly reduced.

"Government should also demonstrate the will to stamp out the smuggling of petroleum products out of Nigeria. We need to see big time petroleum smugglers arraigned in the court of law and made to pay for their crimes against the Nigerian people.

"Government has the resources available to it to ensure this economic justice to Nigerians. The question in the minds of many Nigerians is if government is willing to go headlong against major financiers of the major political parties known to the public as the architects of the current national woe."

Prices of Bread, Cereals, Others Push Inflation Rate to 14.23% in October