Africa: Opinion - Only a Generic, Not-for-Profit Covid-19 Vaccine Can Protect the World's Poorest 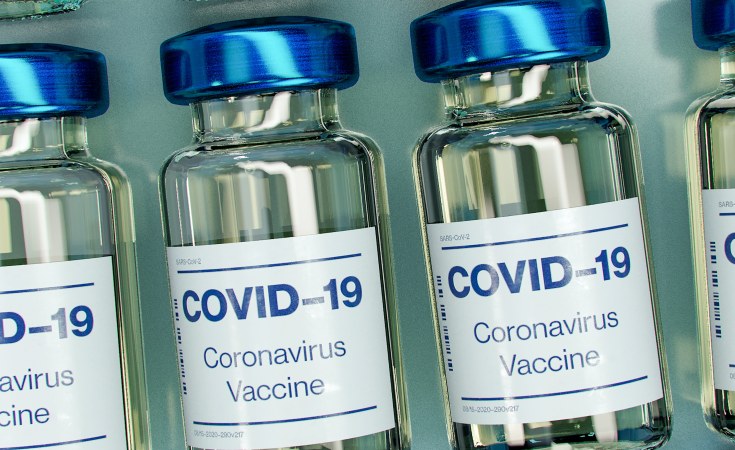 Rich nations will snap up the initial COVID-19 vaccines. We should look to India's generic vaccine as a model to help the poorest

Moderna's announcement this week that they are close to developing a COVID-19 vaccine that can be stored at 2 to 8 degrees Celsius (rather than Pfizer's which must be kept at -70 degrees) was particularly significant in the developing world. The cold-chain shipping required for Pfizer's vaccine was always going to be prohibitively expensive for the world's poorer countries.

Although the Moderna vaccine is more promising for a truly global rollout, it is only through India's generic pharmaceutical sector that the most needy across the world can quickly receive a vaccine, bypassing the barriers (of limited supplies and high costs) created by the branded equivalents.

Aside from the problem of deliverability (which is largely solved by Moderna's vaccine), there is the issue of availability. Given limited supplies, the vast majority of vaccines will initially be secured by the world's richest nations, despite some developing countries, such as India, being the hardest hit by the pandemic. And even once it is available, affordability may be a barrier for many health authorities.

Without solving these issues and making vaccines available and affordable (as well as deliverable) to all, It could be years or decades until they are rolled out to the world's poorest, if at all.

This is exactly what has happened with other infectious diseases like polio, measles and tuberculosis (the latter took 1.4 million lives last year, mostly in the developing world, despite a vaccine being available for almost a century).

On the current trajectory, we are heading for a global two-tier system where rich nations will likely have sufficient vaccine roll-out to return to normal life at some point next year, and the poorest parts of the world won't.

Often, the rich world talks about getting a vaccine to 'everyone who needs it' without necessarily thinking about the billions of people in villages, shanty towns or refugee camps in the global south who need it just as much as those in London or Los Angeles.

There are a few global solutions to this problem. COVAX, led by Gavi, the vaccine alliance, aims to secure equitable vaccine access across the world. However, it is unclear how they can force vaccine manufacturers to give equal priority to, say, Uganda, as much as the USA or the EU.

It is important to remember that vaccine manufacturers are for-profit businesses. There is no obvious way to influence who they choose to sell their products to, and their execs are obliged to their shareholders to pursue profits. Given that COVAX has raised just $2 billion USD to date, this is a modest budget in this commercial environment.

Besides COVAX, there are efforts by the World Bank to provide $12 billion in financing to allow poorer countries to purchase vaccines at market rates, with a focus on the world's poorest two billion people.

While it is unclear whether that budget is realistic and whether countries will take up the financing, plans like this also assume an unlimited and immediate supply of vaccines.

There must be a solution to both problems: affordability, and availability. The only way to do that is through India's generic drugs industry. India has a long track record of manufacturing treatments that violate patents held by pharmaceutical companies, often based in Western industrialised nations. Protected by India's 1970 Patents Act which does not recognise most drugs patents, the industry has grown exponentially, and is a key export sector for the country.

Last month India, along with South Africa, asked the World Trade Organisation (WTO) to suspend all patents for any COVID-19 vaccines (in line with its domestic patent law). Although the WTO has resisted this, there will be another attempt by those countries at this Friday's WTO meeting.

I believe India should consider proceeding regardless of the outcome. Although this will be opposed by the large pharmaceutical firms who have invested in developing vaccines, it will save millions of lives and livelihoods, both inside India and beyond its borders.

As the only country with a significant generic drugs sector, India has not only an opportunity, but an obligation to create and distribute the vaccines the world needs. To head off allegations that it was improperly profiting from this, a generic vaccine could be provided at cost, and only to those who demonstrably need it and are excluded from other supply agreements.

As well as a humanitarian imperative, this would be in India's self-interest. It's image has been damaged in recent years amidst allegations of human rights abuses and sectarian divisions. A generic vaccine may be exactly what the decision makers in Delhi need, as well as exactly what the poorest in the global south need.

Shaz Memon is founder of Wells on Wheels, a charity operating in impoverished rural communities in India

A Vaccine That Was Hijacked By the Rich

Confusion Over Covid-19 Variant Testing in Namibia
Tagged:
Copyright © 2020 Thomson Reuters Foundation. All rights reserved. Distributed by AllAfrica Global Media (allAfrica.com). To contact the copyright holder directly for corrections — or for permission to republish or make other authorized use of this material, click here.