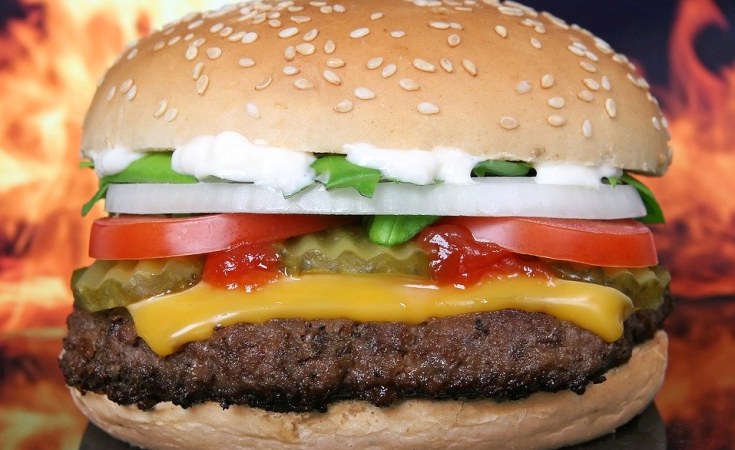 Pixabay
There has been a significant increase in a diet rich in processed foods which are high in salt, saturated fats and sugar.
The Conversation Africa (Johannesburg)
analysis By Alan Bryer, Foad Abd-Allah, Kathleen Bateman, Lawrence Tucker, Mayowa Owolabi, Naeem Brey, Pamela Naidoo and Rufus Akinyemi

Africa is currently experiencing a changing pattern of diseases and deaths. The continent faces a double burden of infectious diseases and rapid escalation of non-communicable diseases such as stroke and heart disease. These conditions are driven by factors like ageing populations, changes in dietary habits, and rising rates of hypertension, physical inactivity, smoking, diabetes, raised cholesterol, alcohol abuse and obesity.

Stroke is a leading cause of disability, death, and dementia worldwide. As a region, Africa has some of the highest rates of stroke. Around 23% of people in Africa are at risk of stroke at some point in their life. Fortunately, the vast majority of stroke risk factors are modifiable - and thus most strokes may be avoided.

A stroke often leads to the sudden onset of weakness involving the face, arm or leg, an inability to speak, difficulty walking or impaired vision. Strokes can cause death and irreversible disability. This can have huge economic losses and grave implications for the individual, family and society in terms of mental capital, productivity and socioeconomic progress.

We recently founded the African Stroke Organisation, a pan-African coalition that brings together stroke researchers, clinicians and other healthcare professionals.

Its role is to address the rising rates of stroke on the continent, as well as the high rates of death and disability that can follow. An African organisation is needed because there are combinations of risk factors that are unique to this continent, particularly in the strength of their collective impact on the burden of stroke. A very good example of this is hypertension working in concert with diabetes and high levels of cholesterol in the blood. Research, education and policy responses need to focus on these factors singly and in combination.

An African network for an African problem

Most African states have a fraction of the resources available to most developed nations and thus are largely unable to follow established treatment guidelines from the latter. Africa's situation requires innovative thinking to make the most of its available resources.

Migration from rural to urban areas has led to an epidemiological transition. There has also been a significant increase in a diet rich in processed foods which are high in salt, saturated fats and sugar. These lifestyle changes have led to an increase in risk factors such as people being overweight or obese. The WHO estimates that the number of children younger than five who are overweight on the continent has increased by 24% since 2000.

Increased rates of smoking and higher levels of physical inactivity have added to the problem. Around 80% of smokers in the world live in low-and-middle-income countries. Walking and cycling are key means of transportation. But this is changing fast in these countries, where people are switching to motorised transport. And new research has confirmed the effect of air pollution as a driver of cardiovascular disease.

This is particularly relevant to the occurrence of stroke in African nations where air pollution is rising due to indoor use of fossil fuels for cooking in rural areas and urban slums and outdoor particulate matter air pollution in growing urban areas.

Infections, most notably HIV, malaria and tuberculosis - all prevalent on the continent - may also lead to increased rates of stroke.

Some infectious agents like the HIV-virus can damage the internal lining of small arteries to the brain and affect blood clotting processes. They predispose such blood vessels to forming clots. The drugs used for treating HIV can also heighten stroke risks.

Tackling the escalating burden of stroke on the continent requires prioritised, multipronged and inter-sectoral strategies. These must be tailored to the epidemiological, cultural, socioeconomic and lifestyle landscape in African countries.

Fortunately, three factors may help to avoid a pandemic of stroke in African countries.

The first is that more than 90% of all strokes have modifiable risk factors. This means that with adequate healthcare policy and interventions such as detection, treatment and control of high blood pressure or high blood sugar, the large majority of strokes are preventable. Similarly, by getting the recommended amount of exercise each week, you will reduce your risk of having a stroke. Just 30 minutes of exercise five times a week can reduce your risk of stroke by 25%. Exercise plays an important role in reducing several stroke risk factors including high blood pressure, high blood sugar, high cholesterol levels, depression and stress.

Secondly, there have been improvements in stroke care that may reverse the effects of a stroke within hours of its onset. Failing this, stroke and rehabilitation units are powerful tools to reduce the rates of death and disability.

Thirdly, and most recently, there has been a shift in the approach towards stroke. This has been led by healthcare workers who have a can-do attitude to stroke, and are empowered and driven to make meaningful changes at their individual hospitals and on a national scale.

There is an urgent need for a framework that will bring together African stroke clinicians, researchers, other healthcare professionals and trainees, national and regional societies, and stroke support organisations.

With the aim of reducing the rapidly increasing burden of stroke in Africa, the African Stroke Organisation will focus on research, capacity building, development of stroke services, and collaboration with all stakeholders.

Dr Patty Francis, president of the Neurological Association of South Africa (NASA), contributed to this article.