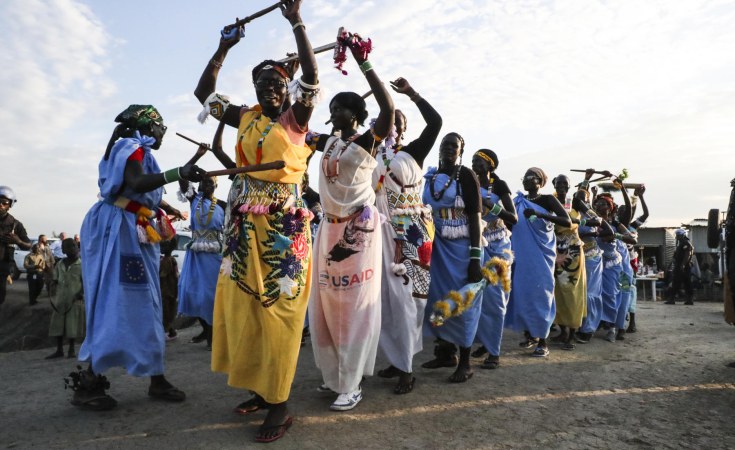 Over 1,000 people have been killed and more than 400 abducted in the past six months in intercommunal violence in South Sudan, amid fears that tensions may worsen with the onset of the dry season, the UN envoy for the country has said.

David Shearer, Special Representative of the Secretary-General for South Sudan, warned of increased risk of conflict with the start of the dry season, in December-January, as people start moving towards sources of water for their cattle.

"I think we can anticipate increased tensions", he said at a press conference on Tuesday, explaining that losses of cattle in floods earlier this year and poor economic conditions could exacerbate the situation.

The problems need to be "nipped in the bud" before they escalate into violence, added Mr. Shearer, calling for the appointment of officials at the county level "to fill the vacuum of power that has existed since the transitional government was formed."

Mr. Shearer, who heads the UN Mission in South Sudan (UNMISS), also underlined an "urgent need to breathe fresh life into the peace process, which is currently stalled."

That was the message he conveyed to all major players and stakeholders, added the senior UN official.

Mr. Shearer also announced that, as of Monday, the protection of civilian (POC) sites in capital Juba have been re-designated as camps for internally displaced persons (IDPs).

The POC sites were set up by UNMISS to provide thousands of families - who had fled to UN bases in fear of their lives - with sanctuary when civil war erupted across South Sudan in 2013. Many lives were saved as a result.

The closure of the Juba sites "has followed a long and careful process, planning alongside humanitarians, and in consultation with national and local government, the security services, and of course the displaced community themselves", added Mr. Shearer.

"The Government now has sovereign responsibility for the sites as it does with many other IDP camps across the country."

'Being nimble' to protect civilians

The re-designation has allowed UNMISS to gradually withdraw troops from static duties at the sites where there is no threat so they can be redeployed to conflict hotspots where people's lives are in real danger, said Mr. Shearer.

"Our approach to the protection of civilians is about being proactive, about being nimble, and being robust," he added. "That means we need to relocate our troops and staff who facilitate reconciliation and peacebuilding into areas of tension, and hopefully address that tension before conflict erupts."

Throughout the coming dry season, UN peacekeepers will be located in new temporary bases and carry out long duration patrols to places like Manyabol, Likongule, Duk Padiat, Yuai, and Waat where tensions between communities are high.

Troops and civilian staff will work together with local communities to deter violence, promote reconciliation, and build peace so families get the opportunity they deserve to rebuild their lives, added Mr. Shearer

Alongside, the UN mission will be rebuilding around 3,200 kilometres of roads across the country in the next few months, not only improving access to markets and services, but also improve trade and create jobs, and bring communities together.

"Through roads, peoples from different communities can communicate with each other, and by communication they can build trust and deter conflict," said the senior UN official.

Mission engineers will also assist with plans to open the border between South Sudan and its northern neighbour Sudan by improving roads between Renk and Aweil and crossing points.

Previous Story
All Eyes On Kiir After Reform Meetings
Next Story
More Than 1,000 Killed in Communal Conflicts in 6 Months - UN

All Eyes On Kiir After Reform Meetings

More Than 1,000 Killed in Communal Conflicts in 6 Months - UN

Trouble Brews in South Sudan Over Governor's Appointment
Tagged:
Copyright © 2020 UN News Service. All rights reserved. Distributed by AllAfrica Global Media (allAfrica.com). To contact the copyright holder directly for corrections — or for permission to republish or make other authorized use of this material, click here.